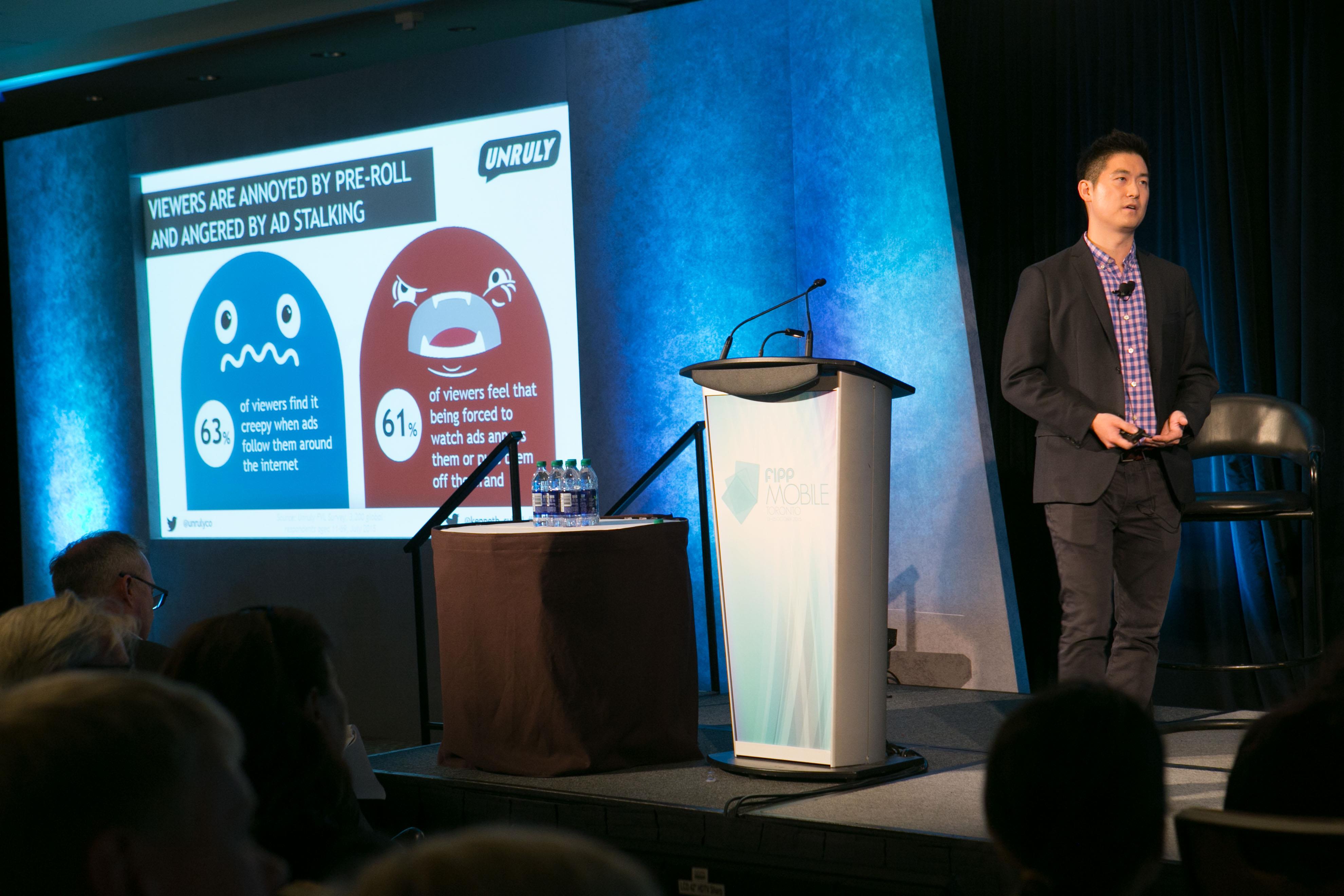 One company that believes that it has an offering that can create compelling ads that will engage mobile content readers is Unruly. The London based startup, which works with both content companies and advertisers, has certainly convinced some legacy publishers that its portfolio of products offer a new opportunity for publishers as in the summer it was purchased by News Corp for just shy of £60m.

So it is not too surprising that when its exec Kenneth Suh, SVP global business, spoke at the FIPP World Congress, representatives from both legacy media companies and startups were keen to listen.

Suh kicked off by displaying figures, which show that in 2002 the average click through rate for web display ads was 2.4 per cent. In 2015 it is now 0.02 per cent. However, according to Suh it is not all bad news, as it appears that millennials and Generation Z aren’t adverse to seeing ads. Unruly’s figures show that 81 per cent will be amenable to seeing ads for goods and services that they are interested in. The problem is, in Suh’s words – that ads invariably “suck.”

And the poor quality of the ads is reflected in the growth of ad blocking software. Suh quoted figures from Pagefair which indicate that as many as 1.6 million people could be using ad blocking software by 2020. There are numerous ways that publishers can respond to ad blockers, from depriving readers of their content, through to using technology to circumvent the software, he explained, but none are really satisfactory.

Suh then explained that the key to producing ads that people will want to see is engaging them in an emotional way. To illustrate this he showed a video from LG which he claims engenders a whole host of emotions from excitement and exhilaration through to humour. He then explained that what makes Unruly unique is that they have devised a system that measures emotions using a panel of users. How the viewer reacts then helps determine the nature of the ads and where they are placed.

Suh suggests though that what the ad industry needs is a new manifesto and he then outlined Unruly’s seven key points for developing the future of ads.

1. Less is more – Suh argues that “fewer ad placements counters ad fatigue and speeds up page loading. Many publishers can have as many as four ads per page which are inevitably not seen by their readers.”

2. Polite ad placements that users will accept – for example Suh suggests that contrary to what was the accepted wisdom, in some instances the editorial page needs to load first with the ad following.

3. Ad formats that empower consumers –  Suh believes that “users need to control the ad experience.” He then showed an example of an ad that is part of  the content itself – totally integrated into the feature.

4. Smart data and targeting – It is essential to ensure that “the ads are relevant for the audience they are served to,” argues Suh.

5. Quality control the ads – Suh believes that this is “not just about relevancy, but about creating better ads.” He adds “that 75 per cent of millennials and Gen Z will share content if it is good.”

6. Mobile first – This is inevitable given the way that more people are consuming content on mobile devices than they are on desktop

7. Be agile – Suh exhorts publishers and agencies to “test and learn as landscape evolves.”

Suh finished by stressing that he felt that brands need to work with agencies to ensure that the ads they produce don’t suck!’ He advocates working with agencies to test ads before going live with them. There’s more detail about the company and its philosophy here.