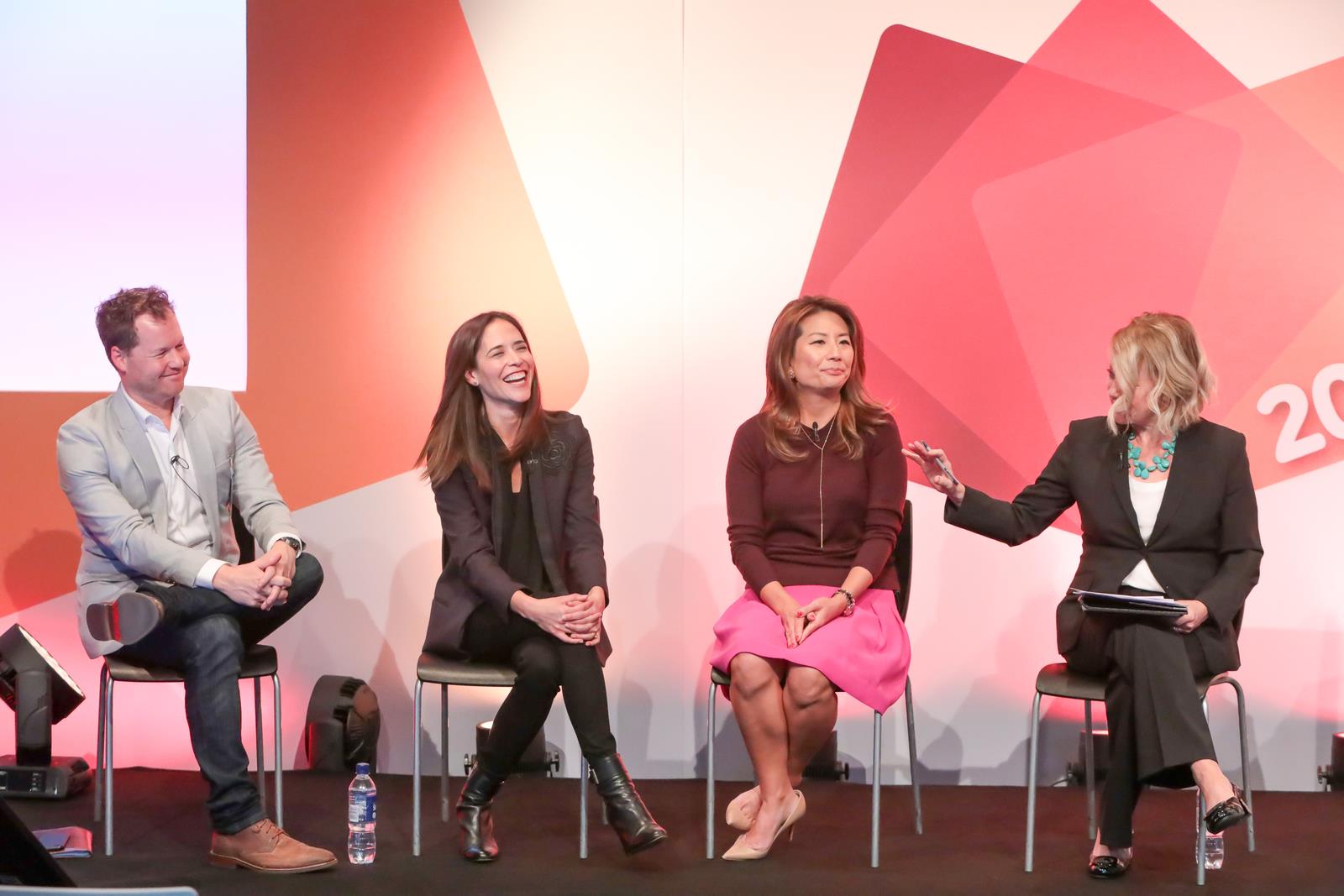 Furthermore, for those who are producing content for third parties – such as social media platforms – whether there is the danger they are simply mortgaging their own future, taking the money now, but not having any in the future?

These were just two of the questions in a lively discussion on monetising video, hosted by Laurie Benson, CEO, Upnexxt and featuring speakers from TV production company Endemol and publishers Golf Digest and Refinery29.

One particularly interesting area that the discussion explored was around scale. Unlike Golf Digest and Refinery 29, TV production company Endemol (which is responsible for shows such as diverse as Mr Bean, Big Brother and Peaky Blinders) doesn’t have its own digital platform.

Instead it is using large social media platforms, such as Facebook, to distribute some of its 100,000 hours of TV content to users. While Endemol’s traditional clients are broadcast companies, its new clients are increasingly digital subscription services.

“Putting content on social media has helped us to grow our reach, as well as create a lot more buzz around our new content,” explains Andrew Crofoot, head of digital distributions and partnerships, Endemol Shine Group, UK. “People want to be able to consume content wherever they are, which is often on social media,” he adds.

Similarly, Refinery 29 – with its video platform aimed mostly at young women – has used Facebook to great effect. This include Shortcuts, a make up and beauty tips programme which, because it’s language agnostic, can be enjoyed globally.

So how do the platforms make money from video?

For Golf Digest, which is part of Condé Nast, being able to secure worldwide exclusive rights for content at no extra cost is crucially important to ensure a return on investment from video production. With an audience of 10 million and 30 international editions, Golf Digest provides mainly evergreen, instructional videos that can be monetised globally via its platforms.

Although much of Golf Digest’s content is free, it is currently experimenting with putting some of its premium videos behind a paywall. Inevitably, this doesn’t attract so many eyeballs but it does help command a premium, including for advertising which can’t be a bad thing, she said.

In summary, what is clear from the conversation is that distribution of video across social platforms can develop and command large audiences for publishers, building brands. When it comes to monetisation, as with so many other things, it’s all a work in progress.

Three top editors on the changing nature of the job