Whether it’s a microscopic view of bacteria, or caving in Vietnam, Patrick Witty takes National Geographic’s signature yellow border and turns it into windows, helping the brand show people some of the world’s most remote and far-flung places.

At that time, photography was pre-digital, and all of the award-winning NatGeo photographers worked with slide film. Part of Witty’s job description as an intern was to stripe the film.

“While the photographers were in the field, they would ship in hundreds of rolls per assignment,” he explained, from the National Geographic headquarters in Washington, DC. “Part of the intern’s duty was to look at every single frame to make sure that their cameras were working and any time there was a vertical picture, to turn it sideways, and then stack the slides and put a big black stripe on top of all of the slides and then put it back into the box. This was called striping film.”

What this allowed Witty to do, was to see his idols at work. Photographers including William Albert Allard, David Alan Harvey, and Jodi Cobb were among those shipping in hundreds of rolls of film, and Witty saw every single frame. “It made me a better photographer,” Witty said. “But, it also introduced me to the art of photo editing.”

After his internship, Witty pursued being a photographer. He worked at the Chicago Tribune for a year, and then moved to Washington, DC, where he freelanced for The Washington Post and The New York Times. 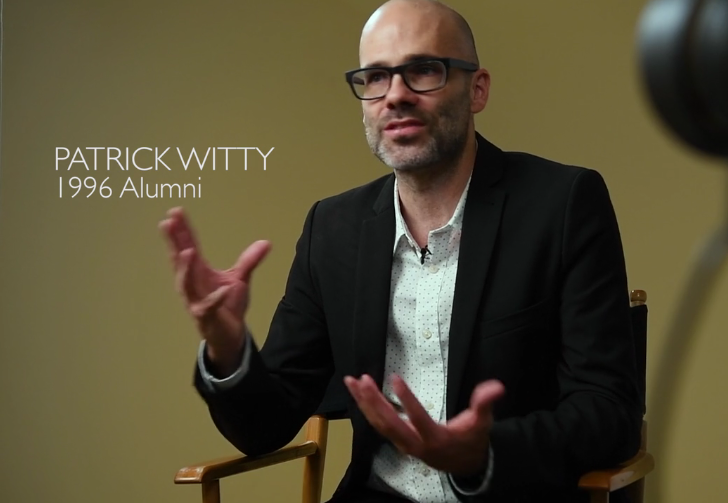 An interview with Patrick Witty, one of 30 alumni of the Eddie Adams Workshop.

Over the years, Patrick Witty’s photographic work appeared in newspapers, in magazines, for a variety of publications. One famous moment Witty captured was the stunned faces of New Yorkers as they watched the collapse of the World Trade Center in 2001. Twelve years later, he wrote a piece at TIME, then The Atlantic did a short feature on his attempt to discover the names of the individuals in the photo. He says he was able to identify almost all the people in the photo and plans on doing a short documentary film about their lives on the 20th anniversary of 9/11. 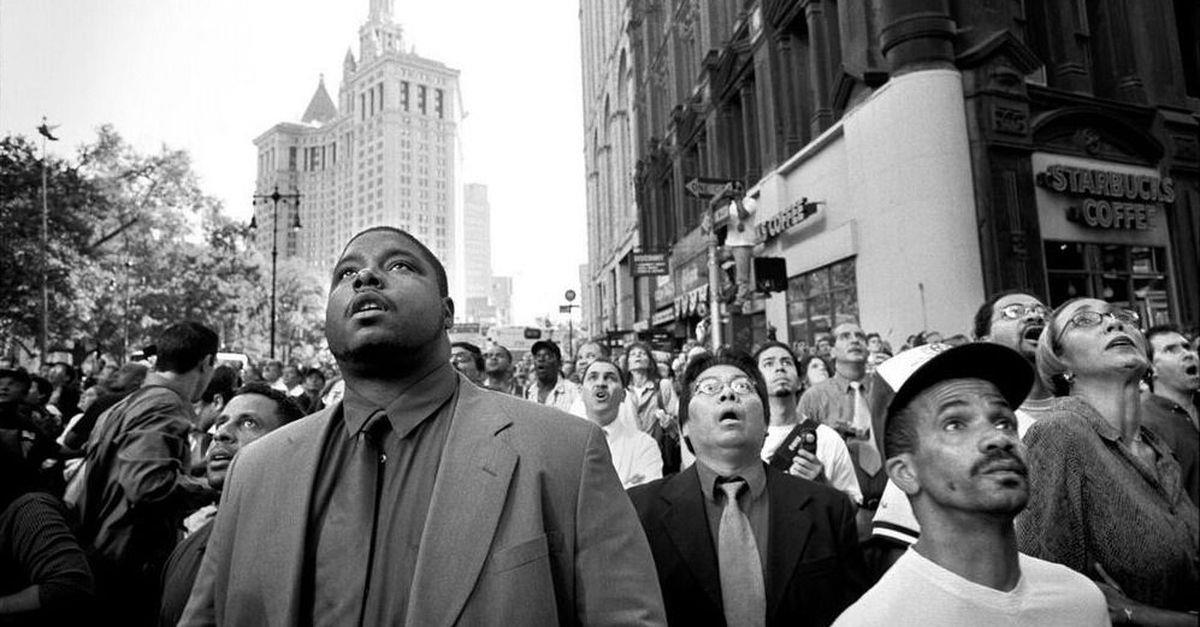 In 2004, he was offered “an amazing opportunity” to work for The New York Times as a photo editor. He said he started as the “Metro” photo editor, then moved to the foreign desk as International Photo Editor in 2007, where he concentrated on conflict and war.

Six years later, he went on to become the international picture editor at Time magazine, and oversaw Time’s Europe and Asia editions and international coverage in the domestic magazine. “I was there for four years and it was an amazing experience,” Witty said. “We won multiple World Press awards. It was completely everything I’d always dreamed of doing in photography.”

But, an opportunity at Wired magazine came up. They were looking for a new director of photography and there was an opportunity to create and shape his own team. “So, I joined Wired and I wanted to take a little bit of a departure from the conflict editing I’d done before,” he said. “With Wired, we focused a lot of conceptual photography and still life photography, portraiture and celebrities, while still doing some photojournalism.”

Witty left Wired in July 2015, and started covering the refugee crisis for Time in September, all throughout Eastern Europe, and also for Buzzfeed. He worked strictly with his iPhone and shot only in black and white, writing and doing live reportage on Instagram and Periscope. Witty captured the entire thing on his phone, which was a departure for him. “That was a huge turning point in my career,” Witty explained. “I was working strictly on my iPhone, I was working across all platforms, from Instagram, to Periscope, to Facebook Live, and I was doing all of these live from the field.”

When the opportunity at National Geographic came up in January 2016, it felt like the right move. “And with that move, I took everything I’d learned in other places, especially in the digital landscape and brought that knowledge and experience to National Geographic,” he said.

Patrick Witty’s job at National Geographic, while including “a good number of meetings each day”, involves overseeing photography across the brand’s Instagram account and other platforms. His job requires him to stay on top of what topics are trending on social media, and sourcing and assigning digital stories.

Witty sees part of what he does as conducting dialogue. Especially on social platforms like Instagram. “That part, I think, is really unique and really modern. It’s brought us into the digital age, unlike any other brand.”

And with 83.4 million followers on Instagram, National Geographic’s footprint is enormous.

“My dream, my hope, is that people get invested in stories early on, that we’re telling, and early on across all platforms,” Witty explained. “Whether it’s through Snapchat, Instagram, Facebook, or digital stories we do on our site, this all culminates into the experience they’ll see in the magazine. And, I know it’s a lot of different audiences, but my goal is to make that one audience across platforms, where they follow our photographers along their journeys.”

For people like Witty, the rise of the visual social web and Instagram in particular has opened up doors to creative, visual storytelling and sharing those stories with millions of people around the world.

National Geographic’s photographers post directly to the Instagram account – they have the password – under strict guidelines Witty created and manages. Witty believes this is the reason behind the account’s massive growth and incredible interaction. “The photographers themselves are posting, which is great,” he explained. “I really encourage our photographers to post their stories there, some of it is archival work, some of it is current, some of it is while they’re in the field, and I think that mix gives it a really lively feel.”

Photographer Charlie Hamilton James is great with Instagram Stories, Witty said. “Next week, he’s going to be doing an Instagram story live from Brazil, where he’s doing a magazine piece that’s not going to appear for another year. So, to be able to follow Charlie along, whether he’s in Kenya, or whether he’s in Brazil, and be invested in stories early on across our digital platforms that culminates into this beautiful magazine experience.” 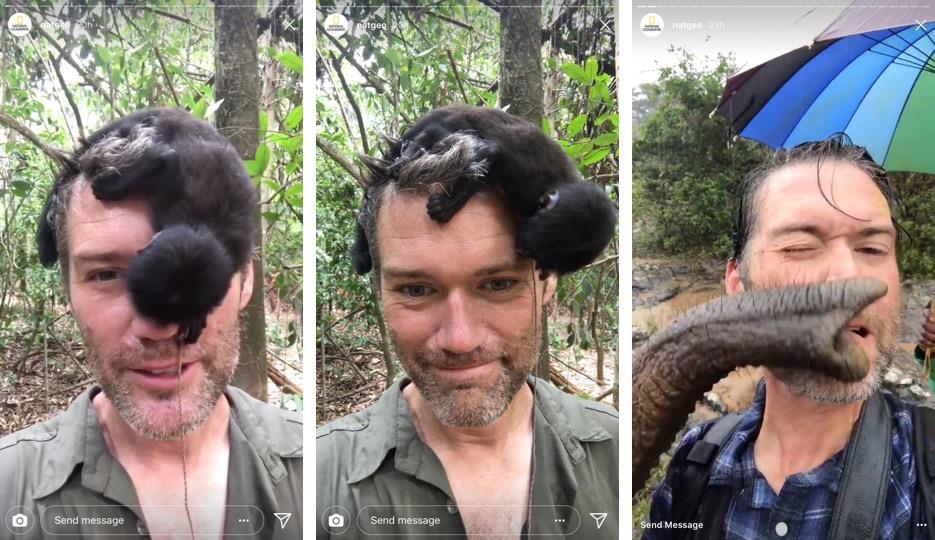 Hamilton James, who has known Witty for a couple of years at National Geographic, said the photography director is great to work with. From their first project together – Hamilton James had shot an image of a grizzly bear in Grand Teton National Park and Witty asked him to write a piece on it – to today, Witty maintains a strong and cordial relationship with his photographers.

“Patrick exudes passion; when he sees pictures he likes he gets really excited; I mean animated-excited,” the photographer explained. “Sometimes, I’ll post an image on the @natgeo Instagram feed and if he likes it he’ll immediately send me an email saying how much he liked it and thinking of what we could do with it beyond the magazine.”

Currently Hamilton James is in the Amazon shooting a story on uncontacted tribes, he explained. “I posted a picture the other day I’d taken of an Awa woman with a monkey on her head. Within minutes Patrick sent me an email saying how much he liked it.”

Witty said the post was incredible and the audience response and comments were amazing. The post had over 1 million likes. Witty said, “and I sent him an email, saying, “My god man, that’s brilliant.” It’s this woman, at first glance, it looks like kind of a portrait of a native woman in Brazil, and then you notice within her curling black hair, there’s a monkey peering out.” 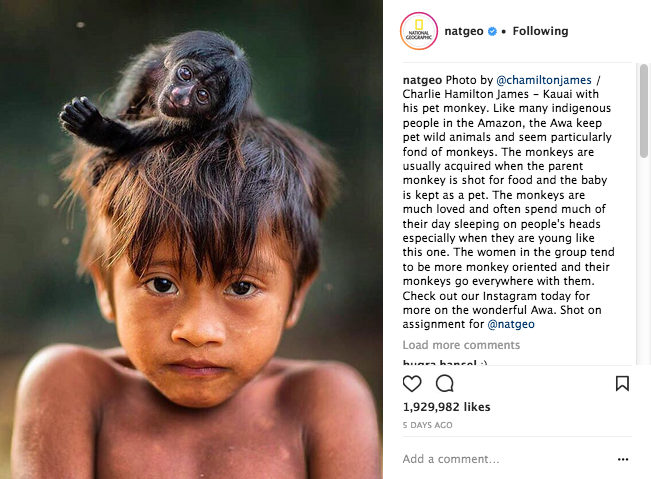 It’s his enthusiasm for photography, but also for thinking of exciting ways of disseminating that imagery which makes Patrick Witty good to work with, Hamilton James said.  “Often, as a creative, you have to be the one pushing to get your work out there. With Patrick it is very much a team effort to get those pictures seen and find the best way to showcase them and the story they tell.”

“I think we do that through our photography,” he answered. “I know every other publication also relies on photography, but not like National Geographic. Our goal is to show you something you’ve never seen before, surprise our audience, enlighten our audience, and then, also engage our audience.”

Witty is excited by the possibilities offered by Instagram Live, explaining that they’ve just started experimenting on the National Geographic Instagram account, and the results have been amazing.

He says it is really tough, but they have found ways to surmount the challenge. “One is using a satellite phone (BGAN), as Cory Richards did while climbing Everest. The other is they record the Instagram Story then upload later, like Charlie Hamilton James did this past weekend,” he said.

It is also a period where photojournalism is changing very rapidly.

Having entered the field when there was no digital photography, Witty has seen and experienced tremendous change in the industry in which he works, which has also changed how he works. He started his career shooting black and white film, and has seen exceptional change – from film, to digital, to mobile, to drones. Witty is a huge fan of drone photography, he said. “It’s been a game changer for photographers, particularly those who work in video.”

Photojournalism is constantly evolving, Witty believes. “I think that photography is moving towards multiple platforms that are mobile,” he said.

Imagine, he explains, trying to tell a story that used to have a full spread in a magazine. But, now as a photographer, you’re trying to tell it on a mobile platform. “I think that mobile storytelling is a really interesting thing that is a new challenge for our photographers, because it is such a small space.”

Witty says they’re looking at ways at National Geographic to do more live storytelling into the future. “I was just in Petra, Jordan and the entire time was thinking of the possibilities of AR,” he said. “Imagine pointing your phone towards The Treasury and experiencing it in it’s full glory? Or seeing parts of Petra that are still buried? That’s the potential of AR and we are excited for its evolution.”

Leen says Witty is a wonderful partner and collaborator, and as a photographer himself, he understands the world from both behind the camera as well as an editor guiding and leading a photographer in the field. “This makes him uniquely positioned to speak with photographers both creatively and technically,” she said.