Since the US$750m JV with 21 Century Fox, NatGeo’s commercial assets moved to into a new structure – NG Partners (NGP). NGP is a corporate entity with over 25 per cent of proceeds going to support science and exploration. National Geographic Society (NGS) remains non-profit. 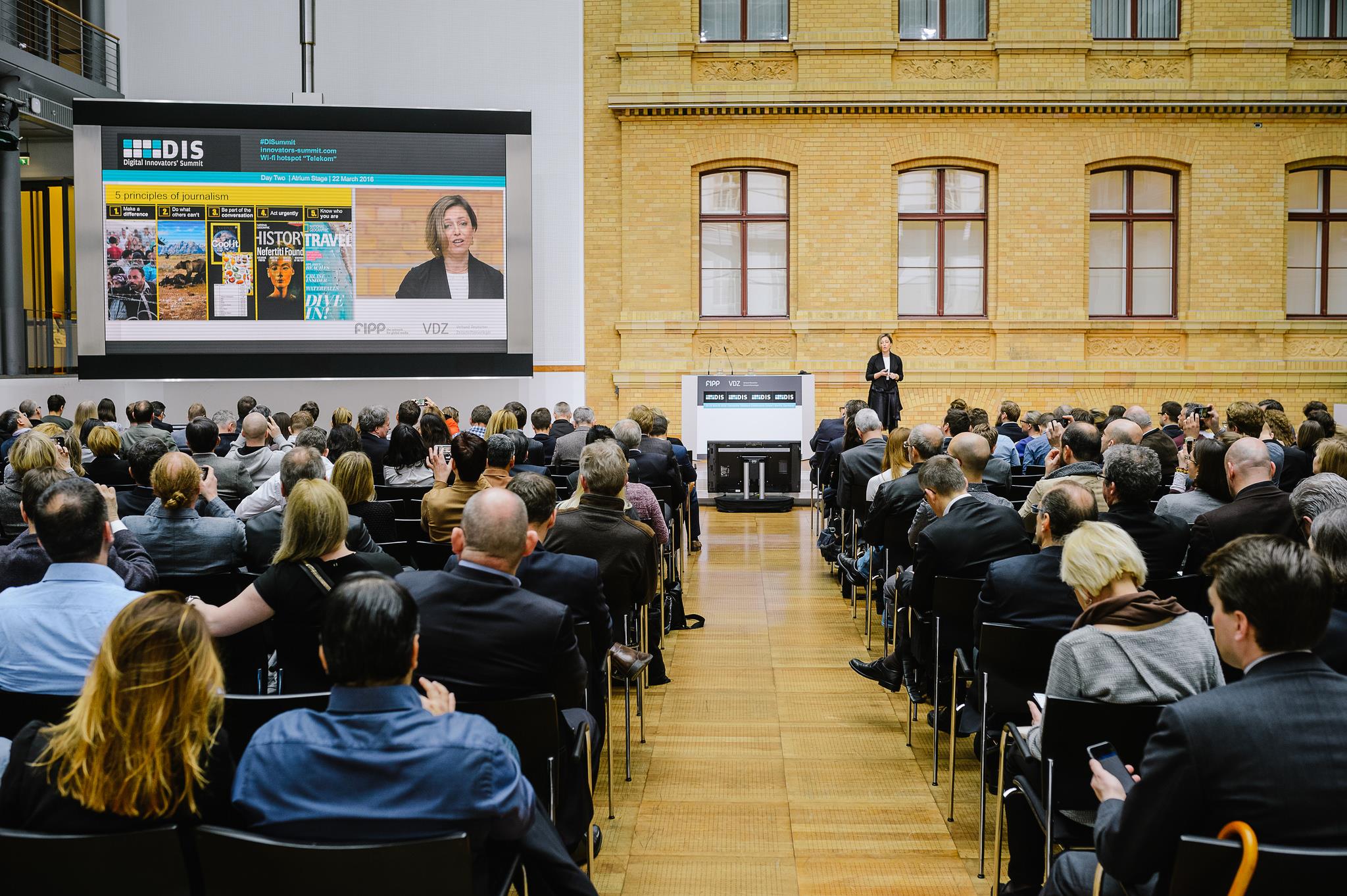 Underpinning Yulia’s presentation was the fact that Nat Geo has been innovating and disrupting itself since its conception in 1888. A notable example, she said, was in 1906 when its first editor decided to use photographs in the magazine for the first time – prompting two board members to resign in disgust, for “turning reputable journal into a “photobook”. Looking back now, it’s hard to imagine the Nat Geo brand without the visual hooks – photos are right at its heart, reflected in the fact that it’s the number one media brand on Instagram.

Yulia emphasised how Nat Geo “turbo-charges” events through its storytelling, touching hearts and minds – and how, because of this history of moving, memorable storytelling, the brand is well placed for change. By consistently investing and believing in science, the brand becomes defined by this.

How National Geographic is innovating

As Yulia outlined, the four overarching priorities for Nat Geo are:

After the brand was named ‘king of the social media jungle’ by AdWeek, they are working on maintaining this special position by focusing on three main areas:

Content for Nat Geo, as Boyle went on, starts with its wonderful people. Termed the “dreamers”, this team of explorers, photographers, scientists and adventurers receive travel grants to go to all corners of the world and tell the amazing stories associated with Nat Geo.

Going where others don’t, doing what others can’t

Boyle stressed that Nat Geo occupies a unique position in terms of its legacy, with cutting-edge technology and photographic talent that other publications just don’t have access to.

Nat Geo is noticeably dominant in the animal category – both online and print. Animal-related content is the brand’s number one content driver and generates the top Facebook traffic; its most engaged-with story last year was “Unbelievably cute mammal with teddy bear face rediscovered”.

On the other hand, Boyle stressed that at Nat Geo they really don’t shy away from tackling the big, difficult subjects like climate change and food waste, as seen in recent editions which were distributed at the Paris climate change talks. Urgent action is imperative to staying ahead of the game and anticipating the next exciting story, she added.

Further, Nat Geo’s expeditions business is growing 20 per cent year on year, tied in with travel magazine and guide books. Growth continues in other areas too, with a focus on realtime content that’s frequent, local, visual, and utilises the personalities of presenters where possible. This year, the brand is doubling the content it gets from local-language partners, which can then be reproduced in the US magazine and online.

Building on its legacy and success so far, Nat Geo is set to become the world’s leading destination for premium science, adventure, and exploration content.

Boyle highlighted that the intersection of great content and technology is of great interest to the brand; exciting innovations are very important for moving forward. Nat Geo reaches 730 million people worldwide, and is becoming popular outside of its traditional channels (magazine, TV) as it branches out more into exhibitions, adventures, private jet programmes, trips, and expeditions. The aim, Yulia said, is to create an environment where people can associate with all of these channels.

More impressive figures followed: Nat Geo magazines and books reach 200 million people; the channel reaches 500 million in households in 171 countries; the brand has 68 offices around the world, and has seen a 25 per cent growth online in just three years. There are 38 local-language editions of the main magazine, and 18 of the Nat Geo Traveller magazine.

There’s also a large and incredibly engaged fanbase on social media. Nat Geo boasts 170 million Facebook fans, 20 million Twitter followers, eight million views on Google+, and 53 million Instagram followers. What’s more, Yulia explained that they tend to upload a lot of their videos directly onto Facebook, because it gives priority to brands using its native video player. It’s a true leader on social media, working with all the new platforms – Snapchat and Apple News most recently.

And it works, Boyle stressed: they’re so successful on these platforms because they’re not afraid to be playful, fun and light-hearted when approaching the important issues, which inevitably attracts a younger demographic. Photos are key – 90 Nat Geo photographers have been given the login to the official Instagram account, which aside from being completely non-commercial, is awash with beautiful photos from these photographers who post from their locations all over the world. The result is very high engagement, with 75 per cent of engagers being millennials.

For her closing remarks, Boyle emphasised improving user experience as a priority for Nat Geo in the future, while infusing the best of science, exploration and storytelling. In looking to simplify the user experience, they hope to achieve: