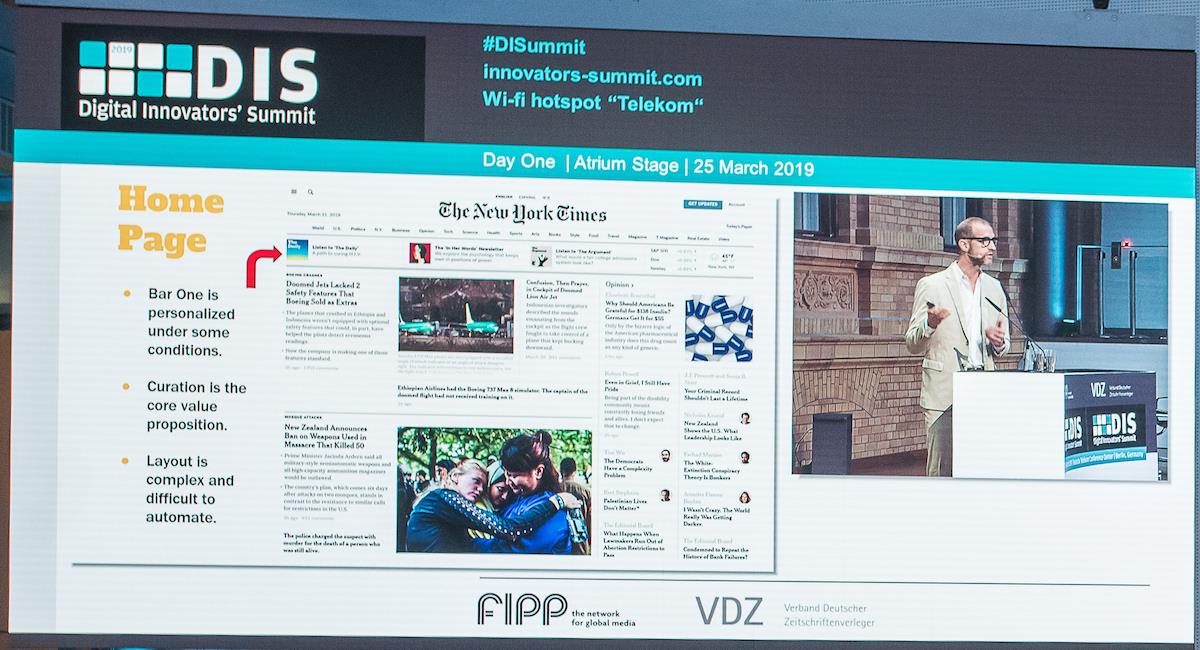 Nick started with an update about the NYT, describing it as a “170 year old ‘used to be a newspaper,’ which now reaches 150 million digital readers every month, all over the world.”

He also spoke of the NYT’s mission which is “to seek the truth and help people understand the world.” Nick added that “great journalism has the power to make readers lives more fulfilling and society strong and more just.”

Nick then explained how ‘digital transformation’ is working at the NYT with the company attracting 3.4 million digital subscribers, and that it was on course to hit its target of USD$800 million in digital revenue by 2020. Interestingly, Nick added that company CEO Mark Thompson had set a new ambitious goal of 10 million subscribers. Apparently the paywall was initially an experiment at the NYT, but has clearly been very successful. He then rhetorically asked if the NYT could become a internet scaled business the size of Spotify or Netflix?

Nick then began to explain the NYT’s approach to personalisation saying that “they had taken a cautious approach inserting articles mainly below the fold.”

“Curation is the core purpose of the homepage,” added Nick. “It has a hierarchy which is a difficult environment for recommendation. There are other reasons why we have been a little reluctant to embrace personalisation, including our own perfectionism, concern over creating a filter bubble and a lack of clarity as to why the company would do it.”

Nick then spoke about the changes in the media and how these have impacted the NYT. He stressed that “today we are mobile first, powered by platforms and apps and with proven digital subscription models.”

He added that the shift from advertising to a subscriber first business driven by digital had created a new sweet spot for the NYT – readers who are in the middle part of the customer journey who have a relationship with the NYT (they may have downloaded the app), but have not yet subscribed. Readers apparently pay for the NYT as they trust the paper and its journalists, like its in-depth coverage and the way it complements social media.

Nick then began to unpick how recommendations could be integrated into the suite of NYT products. He asked the audience if they felt that personalisation solves FOMO.

“Readers have mixed feeling about personalisation in news,” Nick argued. “They want two different things – the world rendered with judgement and authority, but also a review that reflects their interests. It sounds simple, but is tricky to get the balance right.”

“Our goal is to drive engagement in readers especially in the mid funnel. We want to build habits, we want each of the sessions to be satisfying and we need to reward reader curiosity.” 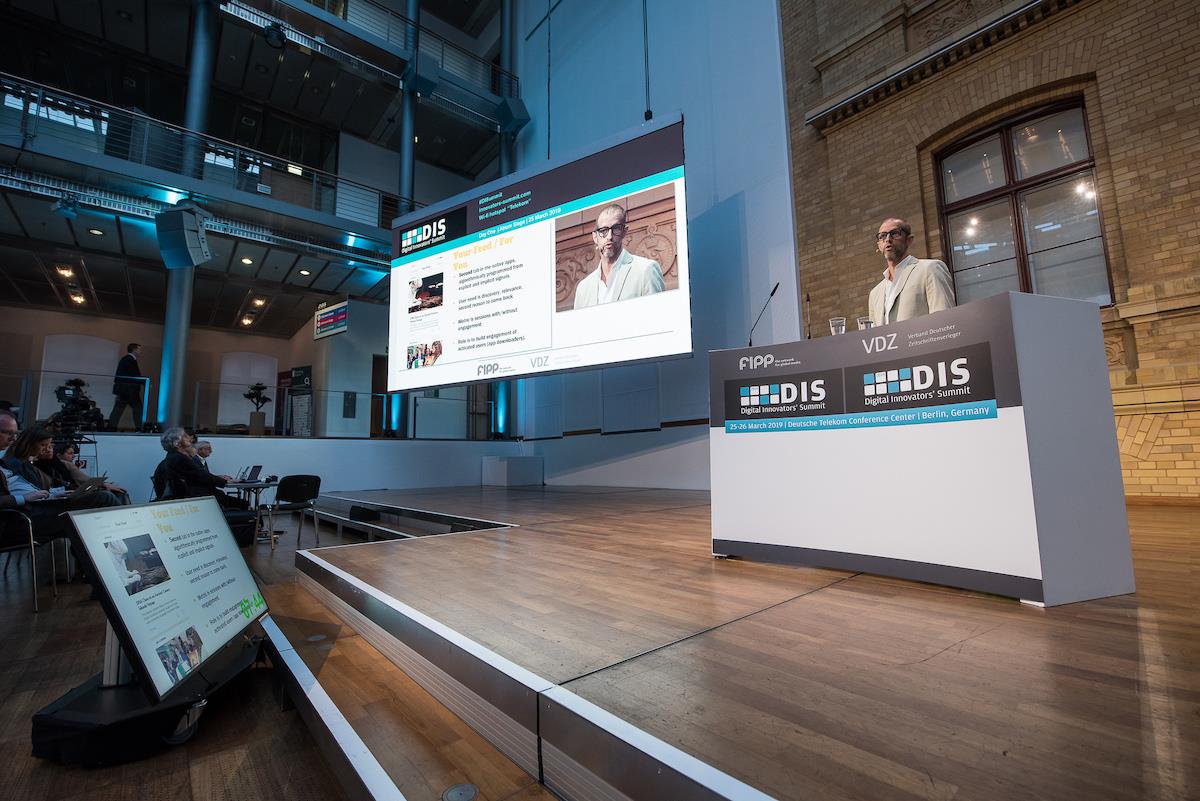 The NYT has launched a beta version of a personalisation product that is incorporated into the iOS version of the company’s app. It now includes a second tab that uses machine learning to personalise content. The company also has a weekly personalised newsletter.

“Together, these products show the basics of how the NYT 3.0 is going to develop,” added Nick.

Nick then took the delegates into a deeper dive on recommendation systems – how they work and why they are difficult to do well. He explained that machine learning is very specific, and that results have to be very good before they become acceptable – adding that it took Spotify and Netflix years before they had successful recommendation strategies.

Ultimately we need to know from our readers – when do you want familiarity and when do you want discovery? He also explained that as the NYT publishes up to 250 articles a day, not all can be recommended

Finally Nick underlined that recommendation means we only serve one master – the reader. Whether recommendations are successful depends on whether they help the NYT with its core mission

Can it move readers towards subscriptions? Can it reward curiosity? But most of all can it make the world better in a small way?