Magazine covers: does controversy sell in the social media age?

Der Spiegel managed to spark widespread controversy with its recent cover featuring an illustration of US President Donald Trump beheading the Statue of Liberty. We spoke to experts who argue controversial magazine covers boost social media sharing, and may – despite chance of a disconnect between the “cover" and actual “publication” during the social media cycle – ultimately translate into an uplift in offline newsstand sales.

With their Trump cover Der Spiegel, the German weekly magazine, again shone the spotlight on the power of the cover, which if visually provocative and controversial enough can drive social media sharing, boost newsstand sales and bolster brand engagement. 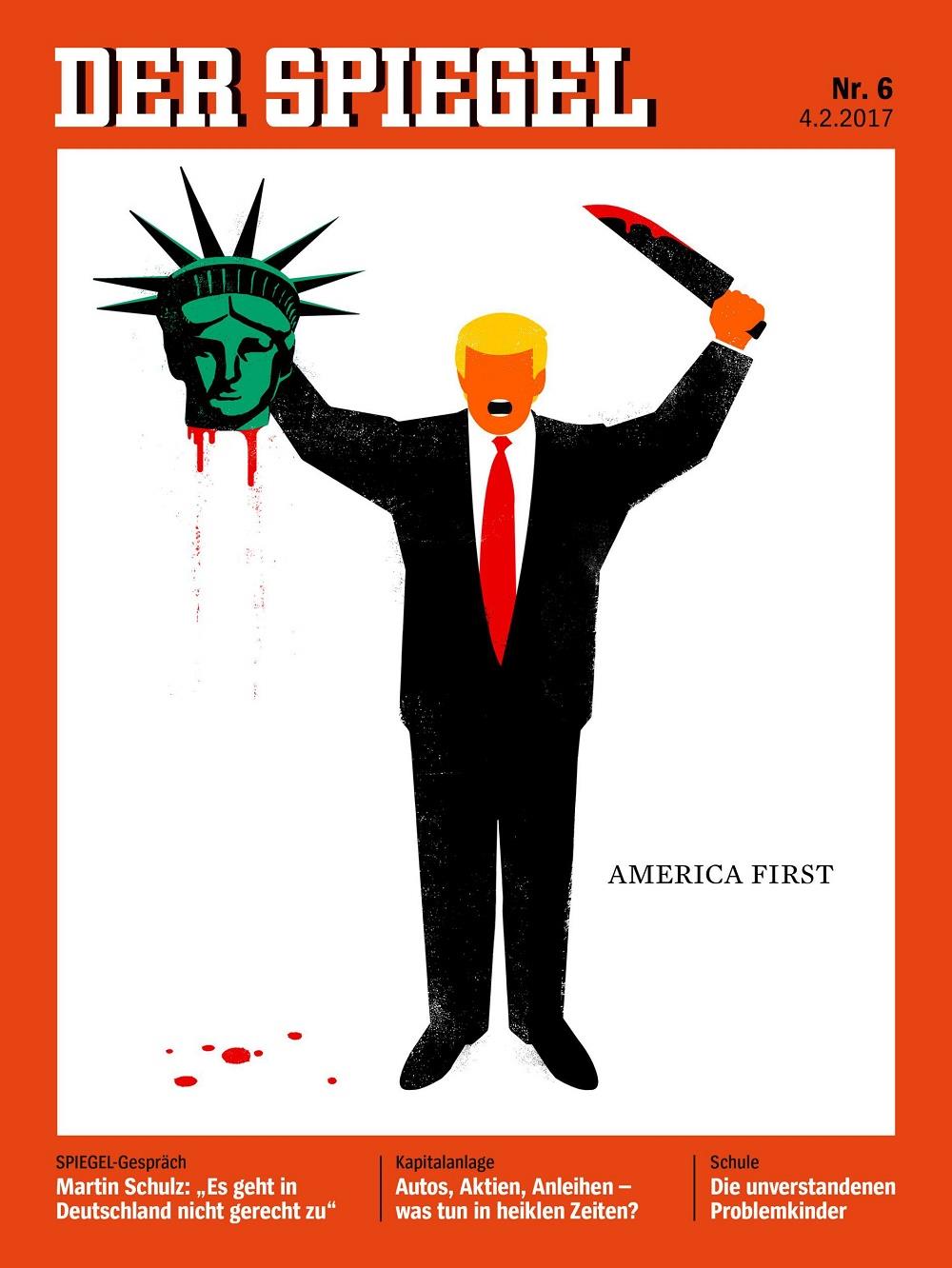 History is littered with examples of covers that have boosted brand awareness and even sparked brand boycotts. The August 2013 Rolling Stone cover of the Boston marathon bomber and the April 1966 Time magazine cover with the headline: ‘Is God dead’ spring to mind. Other controversial covers have managed to significantly boost sales, such as the April 1997 Time magazine cover with Ellen Degeneres announcing she is gay, proved.

A cover like the controversial Der Spiegel decapitation of a sacred US symbol “taps into politically-motivated sharing, humour and visual appeal. These all trigger significant social media sharing,” says Tinworth. He adds that this is the reason why the UK online only newspaper Independent still creates a ‘front cover’, even though there is no print edition. “It’s just a form of meme that will spread.”

He is not, however, convinced that magazine covers, no matter how provocative, will increase conversation about magazine brands. “Honestly, (brand engagement will be) marginal, if at all. People will discuss the cover, the image and the politics, but not the publication.”

A spike in social sharing, debate and conversation will only at best translate into a slight increase in online engagement with the brand, he says. “A little, perhaps. But all my experience shows me that once the image is detached from the link - which happens pretty quickly in the sharing cycle - most people don’t take the time to reconnect the two. They react to the image, not the underlying article (or publication).”

On the upside, he says, offline engagement and newsstand sales are much more likely to happen. “People see the image they’ve seen online, and with that ‘pattern matching’ moment, are drawn to pick the magazine off the shelf, and if they like what they see, buy it…”

Here is an example from today (16 February 2017), after this article was written, of how social media and the visuality of covers work hand in hand.

This notion is shared by Professor Samir Husni of the Magazine Innovation Center at the University of Mississippi School of Journalism, who says social media has been the best “free marketing tool ever created for print and magazine media”.

Excellent and controversial magazine covers have always been conversation starters. With social media this conversation is amplified, he says.

“No one will ever ask you to be on their website as a media person, but everyone wants to be on the cover of a magazine… the more controversial the cover the more the sharing and the conversation... both good and bad.“

Yet, says Husni, as much as the online engagement with the brand is important, it is the offline engagement that still pays the bill. According to him, all three above mentioned examples drove newsstand sales higher than any other issue in that year.

“If the online engagement does not generate offline engagement it is similar to a person outside a restaurant happy to smell the steak…” From his experience he has found that in most cases online engagement does drive audiences to newsstands to buy magazines. “That engagement creates a sense of collectability and creates the feeling of engaging the audience... Like it or not, the recent (Trump) cover of Der Spiegel is doing exactly that!”.

Andy Cowles (andycowles.com), magazine design specialist and publishing consultant, warns however, that no matter the subject matter of a magazine cover, the design approach and message must always be in line with the titles' brand values and brand mission.

“There’s no point ‘bolting controversy on’ just for the sake of it. That may create a short term lift, but with the wrong readers for the wrong reasons. And will ultimately do more harm than good.

The 'controversy' must also be followed up, the conversation “must be followed through on all platforms, all of the time” to ensure substance.

He references Newsweek, as a title which has largely resuscitated its print brand by employing lots of controversial covers. “The question is however, whether this is actual brand power or just empty calories, given that there wasn't much in the tank to start with.”