Programmatic will eat itself: the first-price auction will fuel a new digital advertising era 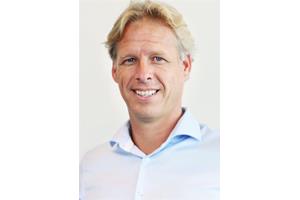 Header bidding has changed digital ad trading forever. Now it’s even putting pressure on a foundation stone of the industry itself – the second-price auction. That’s good news, since a move to first-price will not only bring a more transparent auction, but a more transparent industry.

Its adoption will create a ripple effect finally ending remnant-era practices, allowing trust to re-enter the ecosystem, expanding budgets to programmatic and ushering in a new age in digital advertising.

The main problem with the programmatic auction, as it’s run today, is that it doesn’t allow advertisers to achieve the win rates they need to reach audiences at scale. This has always been a problem, but it’s being aggravated by header bidding which effectively creates a two-tiered auction system.

On the buy-side, buyers can’t select an optimal bidding strategy, so advertisers can’t achieve the win rates they need. On the sell-side, running multiple siloed auctions means that content providers are flying blind in terms of how much their inventory is worth. That’s undercutting the effectiveness of the entire marketplace.

Add to this the industry-old problem that the second-price auction leaves room for vendors to charge hidden fees, and anyone can see that making the shift to a first-price auction model will solve many issues.

However, it’ll also create a domino effect with far-reaching repercussions for the industry in the long-term. Its adoption will return trust to the advertising ecosystem in three significant ways:

When the highest bid is the winning bid, any fees charged on top of that will have to be open and transparent. Ad exchanges and ad tech vendors will no longer be able to bury service fees before presenting buyers the final bill and before paying out content providers. This will finally bring to light vendors with business models based on remnant-era practices with take rates as high as 30 per cent. The result will be a more honest value chain where budgets are easier to track. This will give more confidence to both buy and sell-side as they can be sure that more value is flowing through the entire ecosystem, not just to a few shadowy middlemen.

In a first-price auction scenario, advertisers will have more confidence in the exchange, but content providers will also have clearer insight into what their inventory is worth. They can value their audience and create a more effective monetization strategy, and negotiate better deals with the buyers that need to connect with that particular audience.

Lastly, making the shift to a first-price auction will open up advertising budgets to embrace more programmatic trading. Now, the programmatic industry undercuts itself because it doesn’t allow advertisers to reach audiences at scale. A second-price auction can return a lower price at times. However, what large advertisers are looking for, through help of their media planning partners, is winning a large number of impressions at predictable cost. That means the certainty of achieving the win rates, and subsequently the audience reach, predicted in their media plans. Rather than giving a lower price at unpredictable reach, advertisers would have more confidence in a programmatic ecosystem in which the price is relatively high and stable. That’s something that the “you get what you pay for” first-price auction model can provide: a predictive, more reliable and stable marketplace.

Once that’s in place, advertisers will have the confidence to put large budgets behind programmatic, use data to automate trading and extract more value from the campaign. This will allow programmatic to finally fulfil its full potential.

How will programmatic eat itself?

In the short term, we’re moving into a phase where both auctions exist concurrently. Many players have started communicating to buyers the auction type that will most favourably support win rates, but this needs to be standard practice across the industry, with buy-side and sell-side both adapting their technology to a new auction model. However, these are growing pains. In the long-term, the adoption of the first-price auction, as it is intended, will allow trust to re-enter the ad tech ecosystem. More advertiser confidence will lead to bigger budgets and allow programmatic technology to spread its wings and move advertising into a new future. A future where programmatic isn’t a side-note in the advertising mix, but becomes synonymous with advertising itself.

Zenith: 67 per cent of digital display to be sold programmatically by 2019