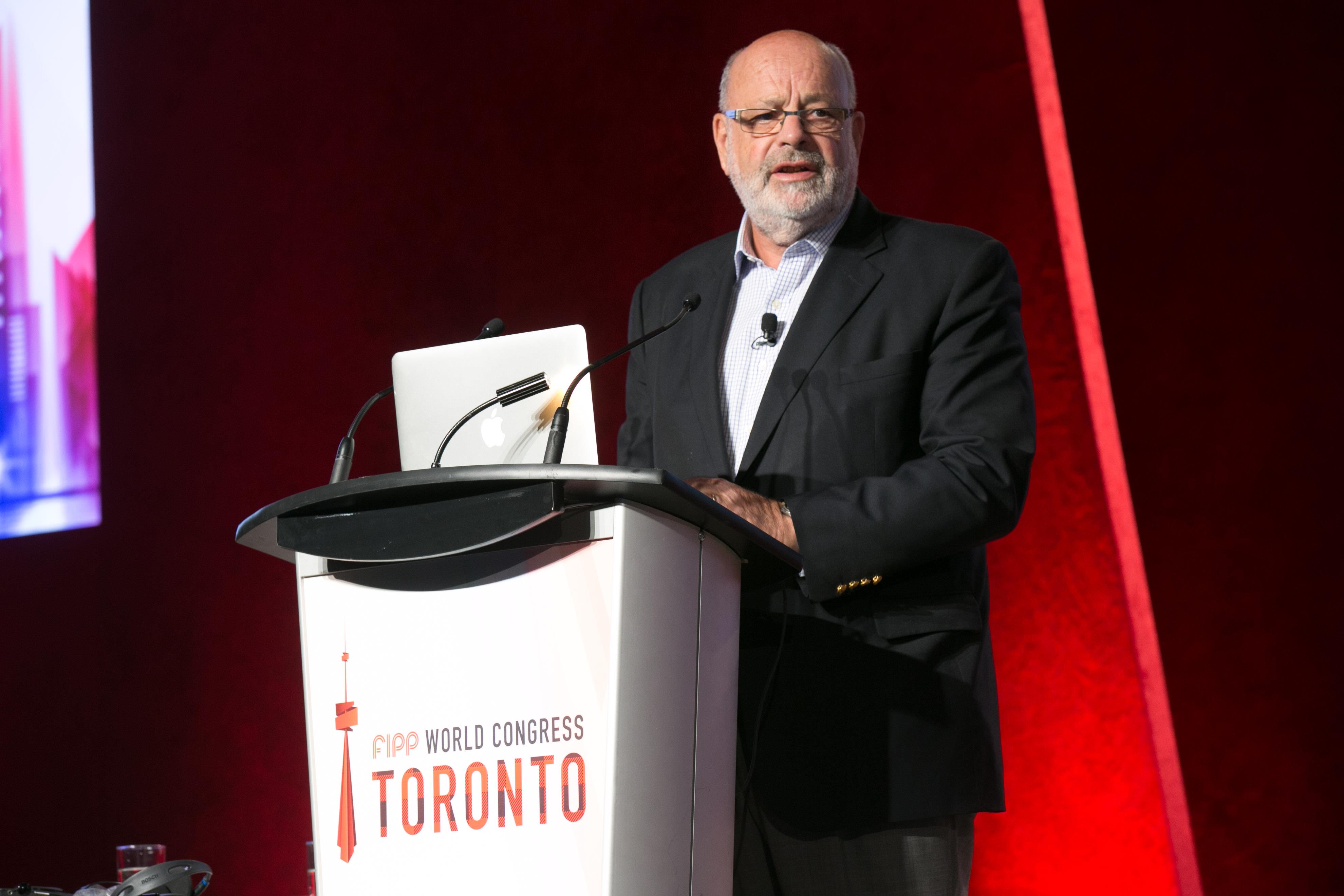 His presentation, titled ‘Digital-First: The Challenge of Culture Change’ opened with a brief overlook of the history of reshaping the magazine industry. He showed a picture of Niagara Falls and drew attention to a boat, dwarfed in the enormity and vastness of the rushing falls. He said that was the industry in 2008 when digital media really began to overtake.

But today, he says, the magazine industry has changed. Instead of magazine publishers companies are now becoming digital content companies.

The most striking sign that digital first is here, Kreisky says, lies in the new content models, format and delivery platforms as well as new subscription models and revolutionised marketing skills and advertising formats.

Changing the culture. This is the toughest challenge.

Kreisky went around to 14 companies and interviewed 16 CEOs and other top executives in seven countries. He visited companies like Axel Springer, Hearst Magazines and Immediate Media.

He asked each company a series of questions to open discussion: What is the importance of culture change? What is the scale of the difficulty in doing so? And, how much progress has the company made?

How to identify leading culture changers

Kreisky created a scale of proactivity from low to high and classified the companies he interviewed as ‘distruptors’ (high proactivity), ‘accelerators’ and ‘fast followers’ (low proactivity) in leading cultural change.

Through his research, Kreisky identified that companies need to bring their audience inside and build a culture of co-creation. One of the best examples he named was Time Inc.’s Media Upstarts – a grassroots organisation that “engages energy and passion” and creates a “connection to the outside community.”

Kreisky says these organisations help to make a company “more energised and dynamic and relevant to the emerging world outside.”

Kreisky suggested strategic disruption can advance culture change – evident in Axel Springer’s strategic transformation and Hearst Magazines’ “From Months to Moments” – encouraging top executives to repeat, relentlessly so, their messages whether it’s subscriptions or transforming in to a digital content company.

Then, Kreisky urged magazine publishers and companies to eliminate barriers to collaboration. He spoke about a unified workspace and integrating siloes – even reimagining a hierarchy where every single function overlaps and the publisher and editor are in the centre and of equal power.

Furthermore, an investment in talent and new values will help companies to embrace culture change. He mentioned how EMAP looks for personal integrity and curiosity in new employees and suggested managers should work for their teams and not vice versa. Moving swiftly and boldly is essential.

He underscored that continuous innovation is key to staying relevant and thriving in the magazine industry.

In closing, Kreisky said leaders must continue to move swiftly and boldly and quoted his friend, Fabrizio D’Angelo, CEO of Burda International: “We are already on the Titanic lifeboats” and if we don’t move quickly to acquire digital speed “we won’t reach the shore.”