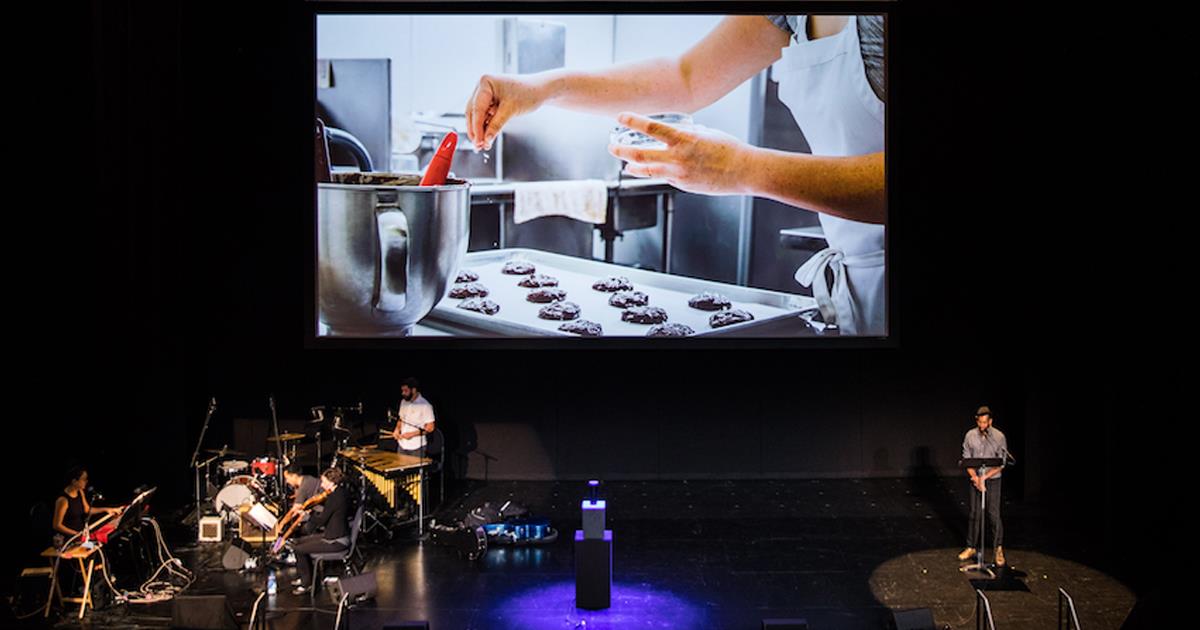 Pop-Up Magazine pushes boundaries on each issue and embraces a different way of storytelling. Issues take on a different meaning — three times a year they produce a brand-new batch of original stories, the live-magazine equivalent of launching an issue, Edwards said.

“The inspiration comes from our favourite general-interest magazines,” Edwards said. “So instead of an event built around talks and panels, we make an evening of true, reported stories. Some pieces are live versions of classic magazine sections, like advice columns, how-tos, or editorial cartoons.”

“Our features come to life with film, animation, or photography projected on a giant screen above the stage, and live music performed by a band on-stage with the journalist. In one story about ethics and health-care technology, the audience used coloured glow-sticks to determine which way the plot would unfold. In another the audience tasted flavoured marshmallows to more deeply experience a story at the intersection of agriculture and geopolitics. It’s a magazine made for the medium of live.”

Other stories in the most recent issue include a photo essay from fast-changing small-town America; a primer on the social media phenomenon of “thirst trapping”; a look inside a controversial terrorist rehabilitation facility in Saudi Arabia; a funny piece that considers the ethics of being mean to robots; and a science story that attempts to bring a flower back from extinction—right inside the theater, the publisher said.

“In the San Francisco and Los Angeles editions of the Fall show, the host of the popular podcast Song Exploder used his method for analysing music to take a closer look at the perfect cookie, and then invited the audience to taste it,” Edwards said. 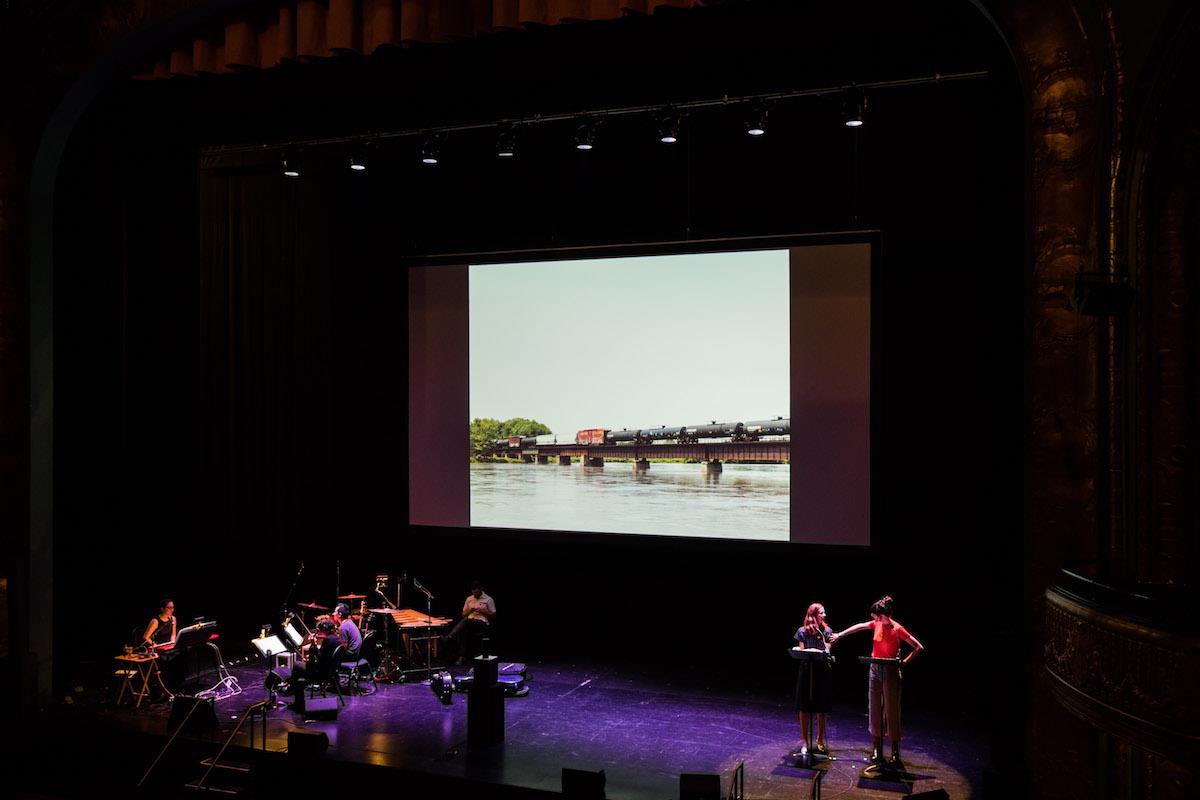 “In one issue we paired the New York Times journalist Jenna Wortham with a shadow theater group called Manual Cinema to animate her story as she told it. In a piece about fights in karaoke bars, we enlisted thousands of attendees to sing an ‘80s pop classic together. In the Fall issue show, journalist Rowan Jacobsen introduces audiences to a flower that went extinct a hundred years ago and then does his best to bring it back to life with a special feature built into the printed programs. One of our next experiments is called Pop-Up Zine. It’s a way for Pop-Up Magazine fans to create their own DIY shows in places we haven’t yet been with the big show.” 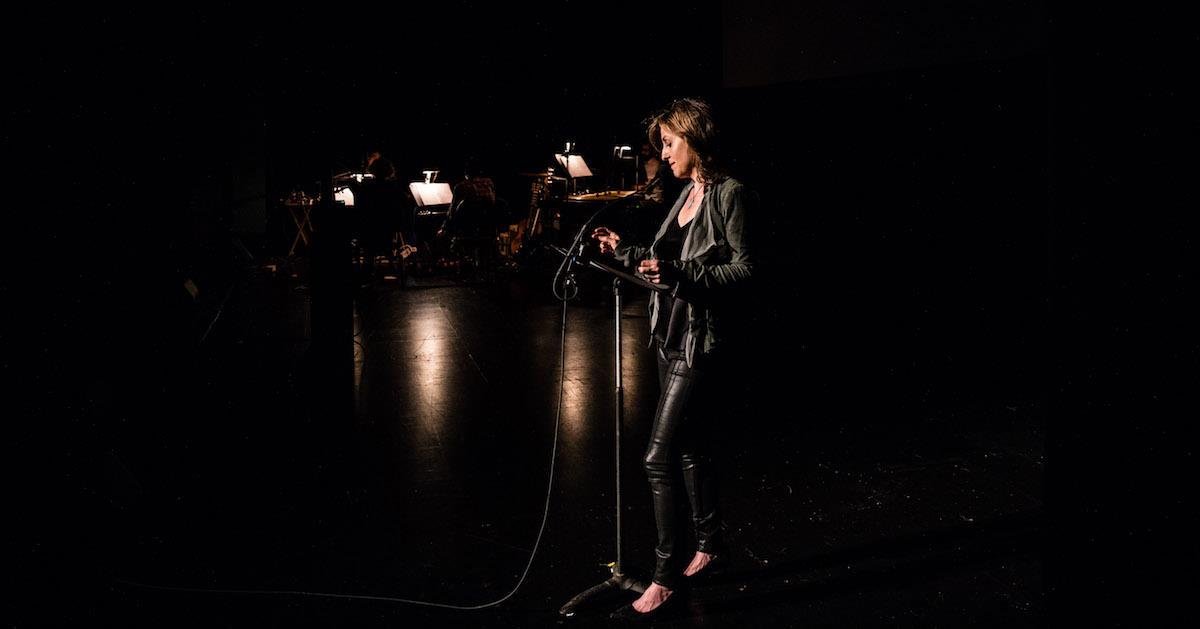 Pop-Up Magazine began in 2009, when Doug McGray, Derek Fagerstrom, Lauren Smith, and Evan Ratliff had an idea for a magazine performed in front of a live audience, Edwards explained.

“It was a way to bring together journalists from across the media landscape—writers, filmmakers, radio producers, photographers, and more—to make something together,” he said.

“The first show was in an intimate 300-seat theater in San Francisco’s Mission District, and fans loved it. Soon the show was performing across town at the symphony hall to nearly 3,000 attendees. Now, three times each year we create a new issue of Pop-Up Magazine and tour the country with it, performing at majestic venues like New York City’s Lincoln Center, the BAM Opera House, Los Angeles’s Theatre at Ace Hotel, and many others, accompanied by our house band, the Magik*Magik Orchestra.” 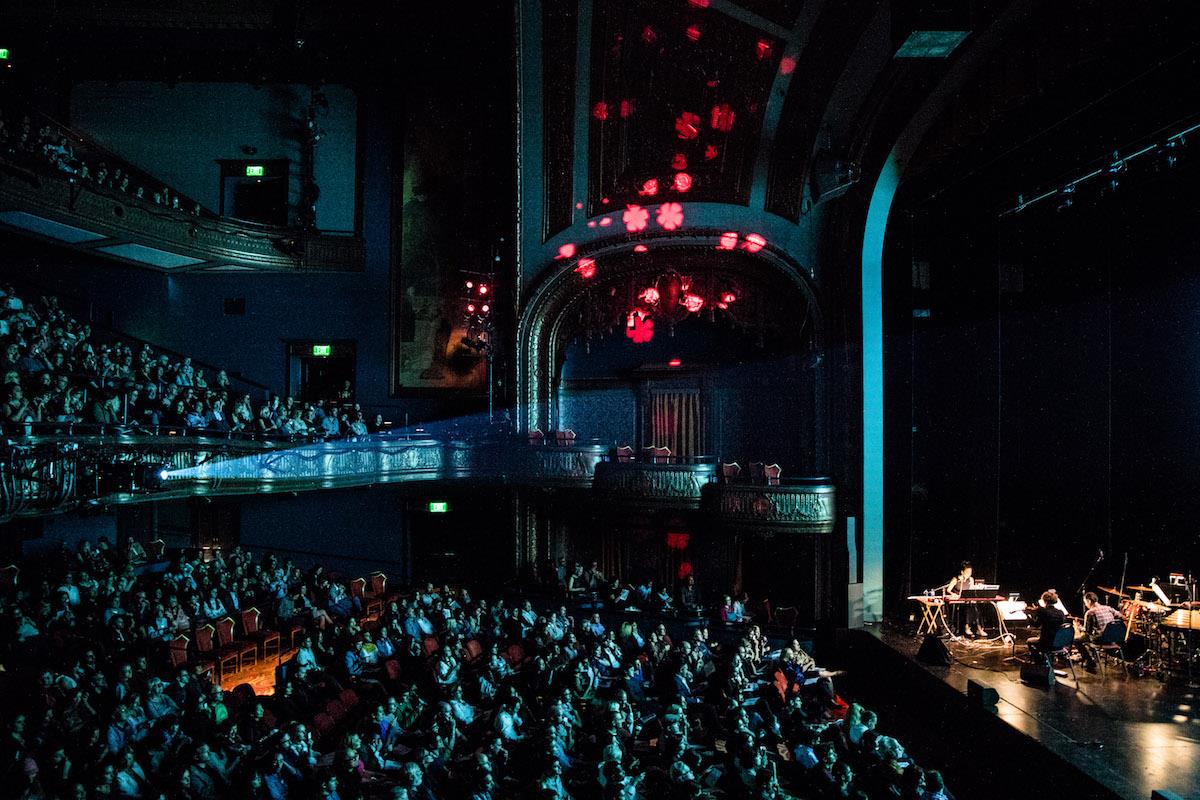 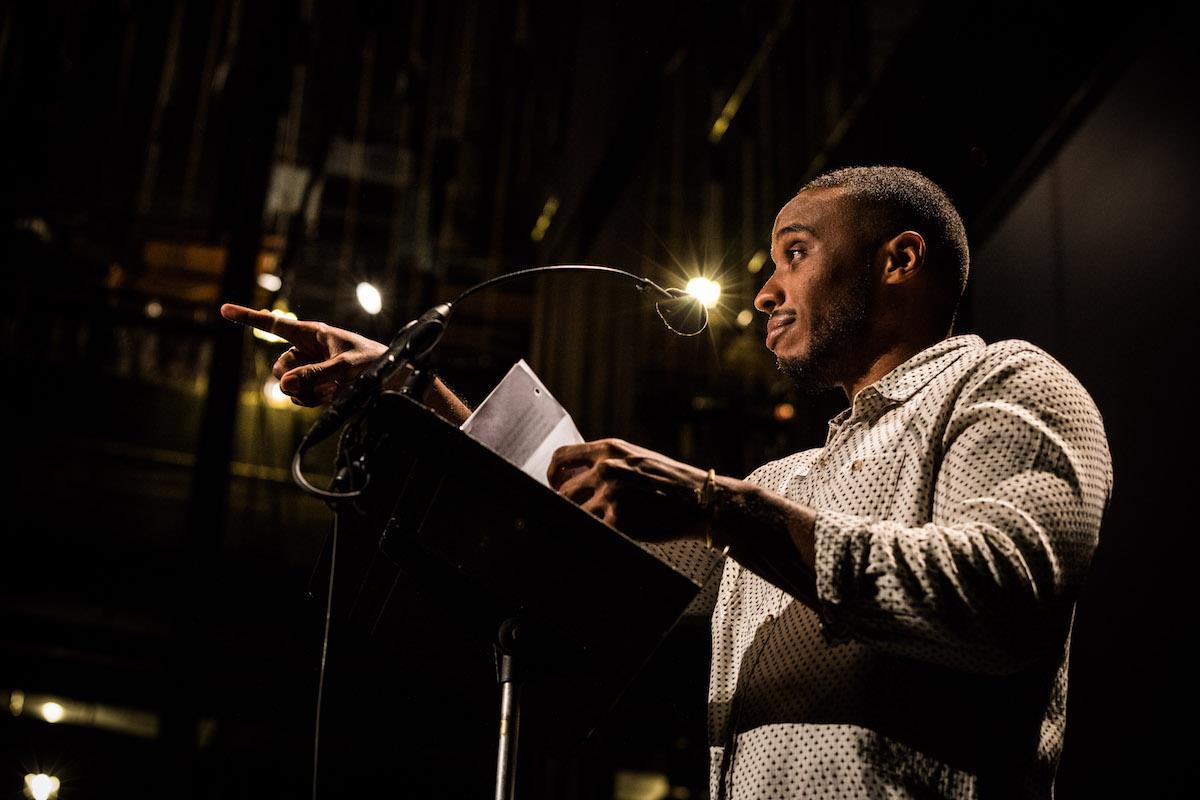 Pop-Up Magazine even does revenue a little differently from what people might think of traditional brand experiences. “Like other magazines, we place advertisements in between editorial stories,” Edwards said. “Since most brands, however, don’t have folks on staff who specialise in on-stage advertising for live magazines, we built our Brand Studio to help them.”

Pop-Up Magazine has made photo essays for Coach, animated films starring Rashida Jones and Jack Black for Google, live-scored movie trailers for Amazon Studios, and created a crossword puzzle for Warby Parker, he said. “In the Fall issue tour we’ve collaborated with Marriott Traveler to surface some off-the-beaten-path travel stories, and helped Uber launch a new series of short films directed by Spike Lee,” he added.

Pop-Up Magazine began touring the show across the US in 2014. That year, they entertained 4,500 people. Next year, Edwards expects that number will be closer to 45,000 people, he said. “When we survey attendees, more than 90 per cent of them tell us the experience was “one of the best nights out they’ve had in a long time” and “it was awesome, next time I’m bringing friends,’” he said 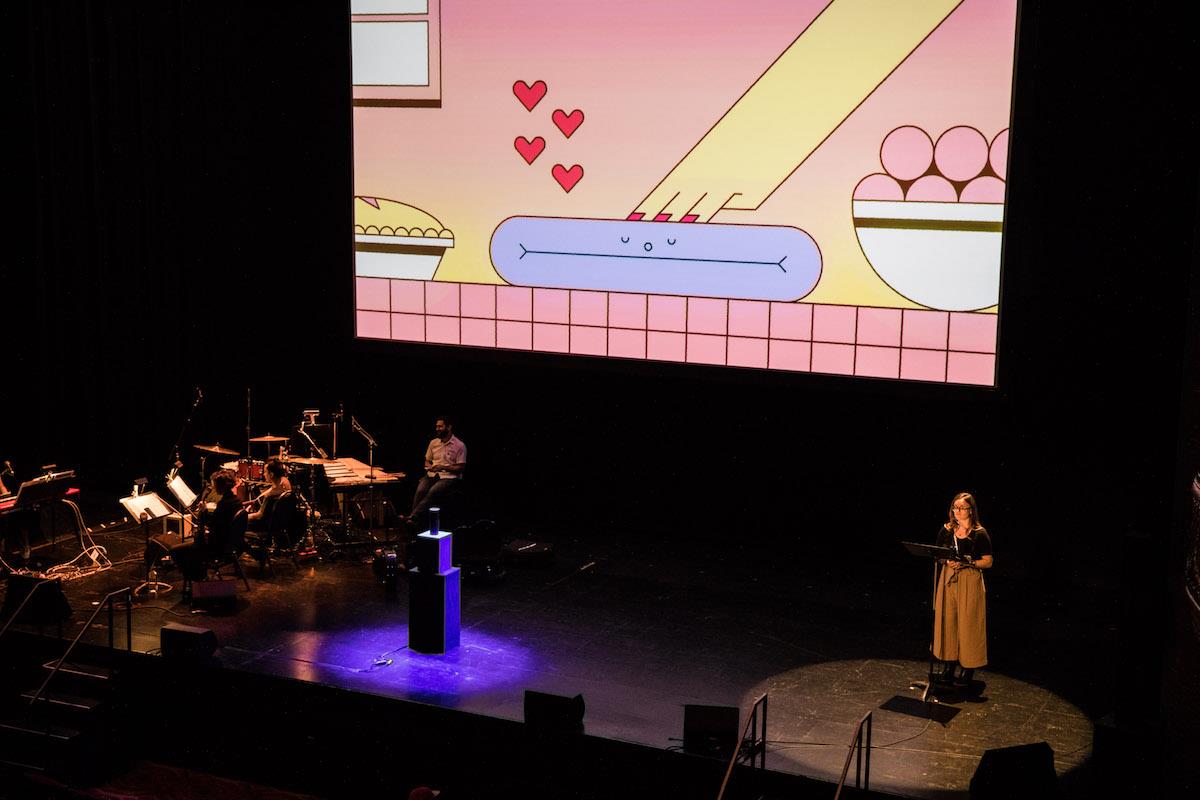 “We design Pop-Up Magazine stories to be performed inside a big, dark theater—we lean into the liveness of audience experience. So, early on we decided not to turn up the lights and film the shows, which means you have to be there. This ephemeral aspect affects how fans pay attention to the stories, and how they remember them. If you have a favourite story you want to share with a friend, you can’t send them a link to it—you need to retell it from memory. After the show in LA on Saturday I chatted with a repeat fan who told me in detail about a story she loved from four years ago.”

How Recode thinks about their events