The financial and qualitative implications of proposed European Union (EU) eprivacy regulations, as it currently stands, is nothing more than a collection of bad news, Oliver von Wersch, Founder and CEO of Vonwerschpartner Digital Strategies in Germany, told delegates at this year’s Digital Innovators’ Summit (DIS) in Berlin.

Von Wersch said the eprivacy regulations currently under consideration in Brussels will be discussed for several months and even years to come. I should, nonetheless, not be confused with the General Data Protection Regulation (GDPR) that comes into force on 25 May this year. GDPR, he said, “is a balanced regulation”, which requires “a lot of documentation” but will enable publishers to continue to “execute their business” pretty normally.

The proposed eprivacy regulation, however, he described as “something completely different. It will be one of the main negative disruptors of digital ad sales and also almost all the other refinancing of content that we currently see on the web… It is a collection of bad news.”

To try and understand what this legislation will mean for publishers, advertising and the user experience, Von Wersch’s consultancy in collaboration with the Association of German Magazine Publishers (VDZ) conducted a survey involving the top 20 news websites in Germany. They asked questions about the financial implications and anticipated changes for digital businesses from marketing, e-commerce, sales and paid content. The survey covered more than 70% per cent of the total range of digital services recorded by the Working Group For Online Media Research. 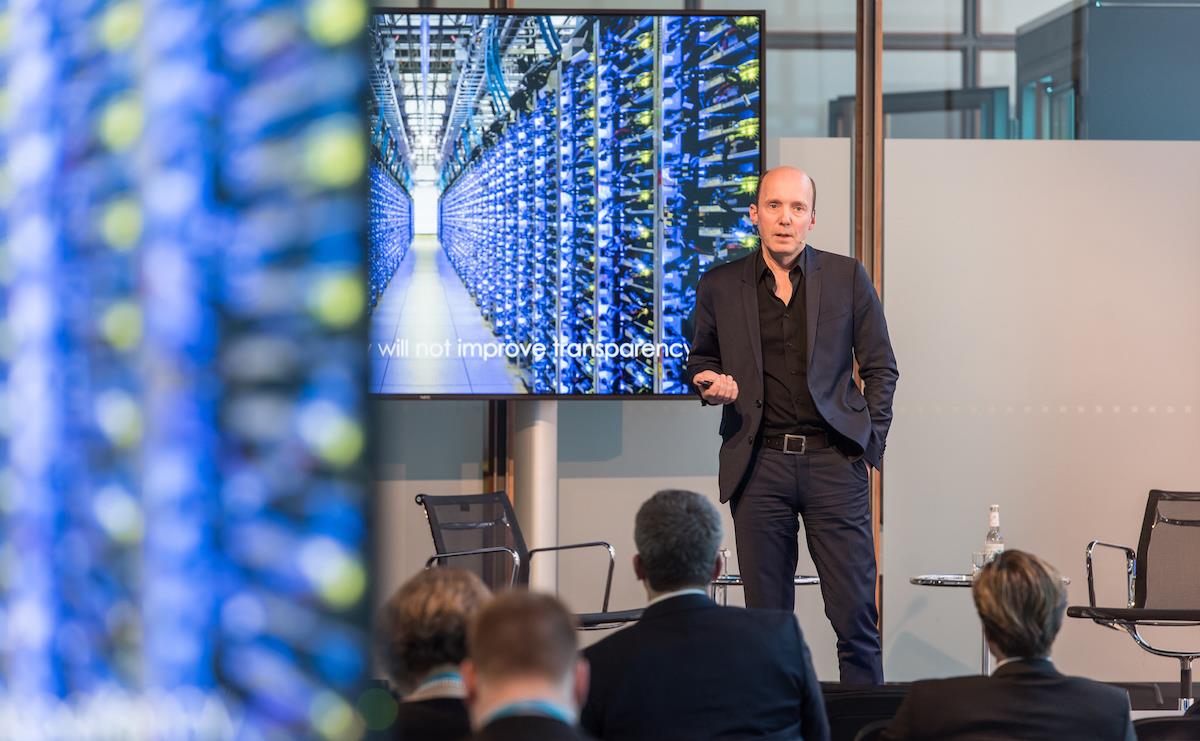 Von Wersch said to understand the financial and qualitative impact of the new e-privacy regulations under discussion, delegates need to understand what the regulations will bring about. First and foremost browser manufacturers will be forced to be the gatekeepers of users’ privacy. This means that the browsers will be updated to a setting where complete privacy is the browser default mode. No cookie or tracking data can be activated before the browser manufacturer has convinced the user to de-activate the default privacy mode.

“What we will see, based on our study, is a new generation of walled gardens. Pop up banners will urge users to give access to data (collection).” Von Wersch warned that there will not only be one single request to opt in to data collection but it will have to happen for every single service that you see on a website. “So the eprivacy regulations, as it stands right now, will lead to a web that you probably won’t be able to use anymore.”

As far as the advertising industry is concerned, argued Von Wersch, the huge amount of tracking on advertising “genuinely has led to the need for cleaning up”. Yet, it will not only be the advertising industry inheriting the new regulations. What will happen in practice is that the legislation will also have a substantially negative impact on all digital businesses. Even paid content, as one example, will not result in a solution to curb the impact of the regulations, he warned. “Because, if you want to acquire users for paid content, you have to identify them and you have to communicate to them in marketing channels. To do this you have to use tracking, (for which you need to convince users to opt in to).”

Taking all of this into account the study suggests that the economic loss for the digital advertising market as a consequence of the eprivacy regulation in Germany alone will accumulate to more than €300 million a year. This corresponds to more than 30 per cent of the market segment. This will heavily impact employment as well, warned Von Wersch.

A further independent study suggests the revenue loss in the case of programmatic could be as high as 60 per cent, he said.

Alternative income streams such as e-commerce and paid content was also part of the study. The study found that ecommence content will become less relevant because e-privacy regulation will have a negative impact not just on advertising revenue, but also on transaction based revenue generated by journalistic news websites. An average loss of sales of approximately 15 per cent is being expected.

“Ecommerce is based on tracking. It is based on steering the user in the right direction and get the right message to him,” he said. The only business that will profit from the legislation, warned Von Wersch, would be platforms such as Facebook – “on the content side” – and Amazon – “on the ecommerce side” – because they will continue to be functional if they have a huge amount of locked in users.

Native advertising, “surprisingly”, said Von Wersch would also be at risk but will lose less. At this stage indications are that it could be restricted to around five per cent. 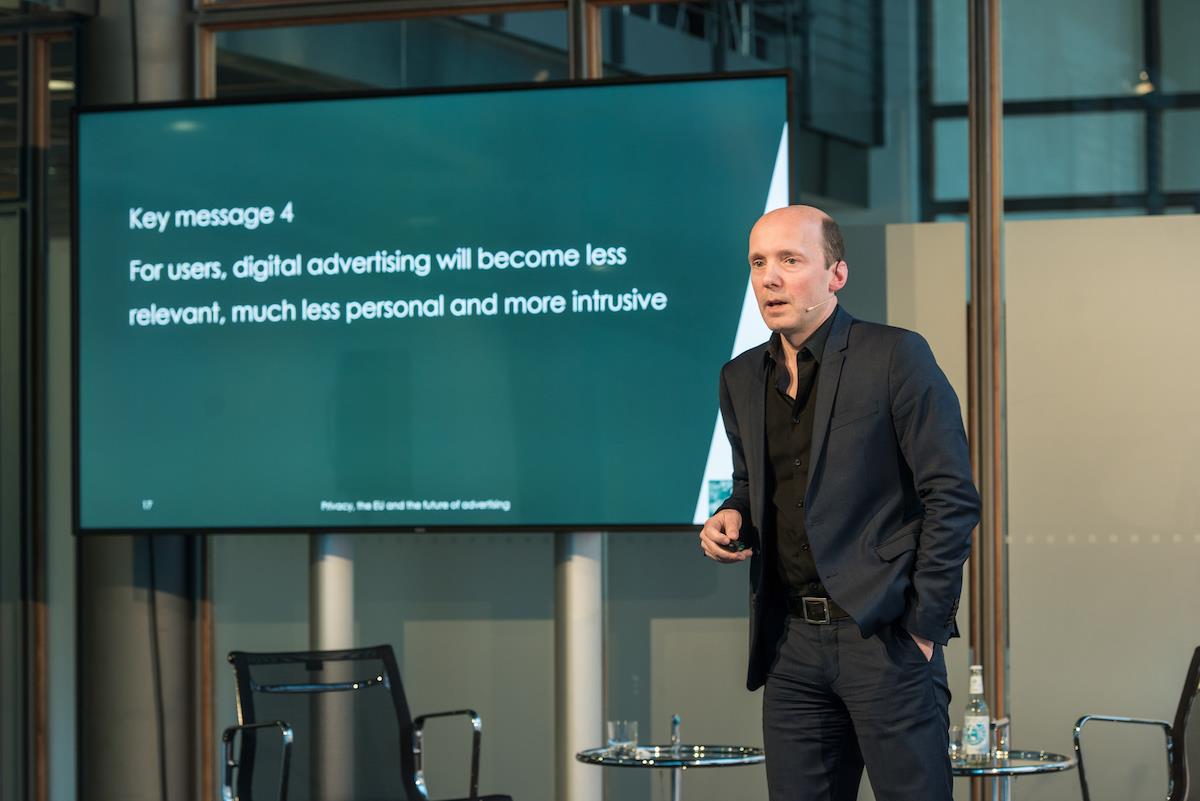 Qualitative user experience of the net

As far as the qualitative user experience on the internet is concerned, Von Wersch warned that due to the regulation, users will be confronted with a whole series of opt-in requests so that the required consents can be obtained.

Study results suggest that these requests will have an adverse effect on the user experience such as:

He warned that it will be the smaller and medium-sized websites that will be hardest hit by the changes. “While big websites are frequently able to generate advertising revenue through direct

customer business, smaller websites depend more on programmatic advertising revenue. Much of this revenue will disappear, so that operators will face the risk of going out of business.”

Information diversity will be hit hard

Access to login alliances will also be primarily reserved for large operators due to the related expense. As a result of this, smaller websites, like those of regional newspaper publishers or special interest offerings, will no longer be able to finance themselves. In the process information diversity will decline and users will increasingly only be able to find specialised information either on big platforms or not at all.

He said even on platforms like Facebook, this kind of specialised content will be lost in the flood of information. The reality experienced by the user will be marked by a loss of quality and poorer retrievability and will become more mainstream.

Digital advertising will also become less relevant, much less personal and more intrusive because once the regulation has been implemented, digital advertising can no longer be targeted to the current extent. Frequency capping or targeting will no longer be possible. As a result, advertising pressure will increase on websites because advertisers will have to place more ads in order to achieve the same contact frequency.

Von Wersch conceded that in a world of fake news and hate speech, regulation “is generally a good idea”. But he warned, “what we see is that the politicians are trying to regulate the digital world in a way which shows a lack of understanding of what the digital world is doing”. Lobbying should continue to assist lawmakers to find a better future for digital publishing.

Chart of the week: Are you prepping for GDPR?