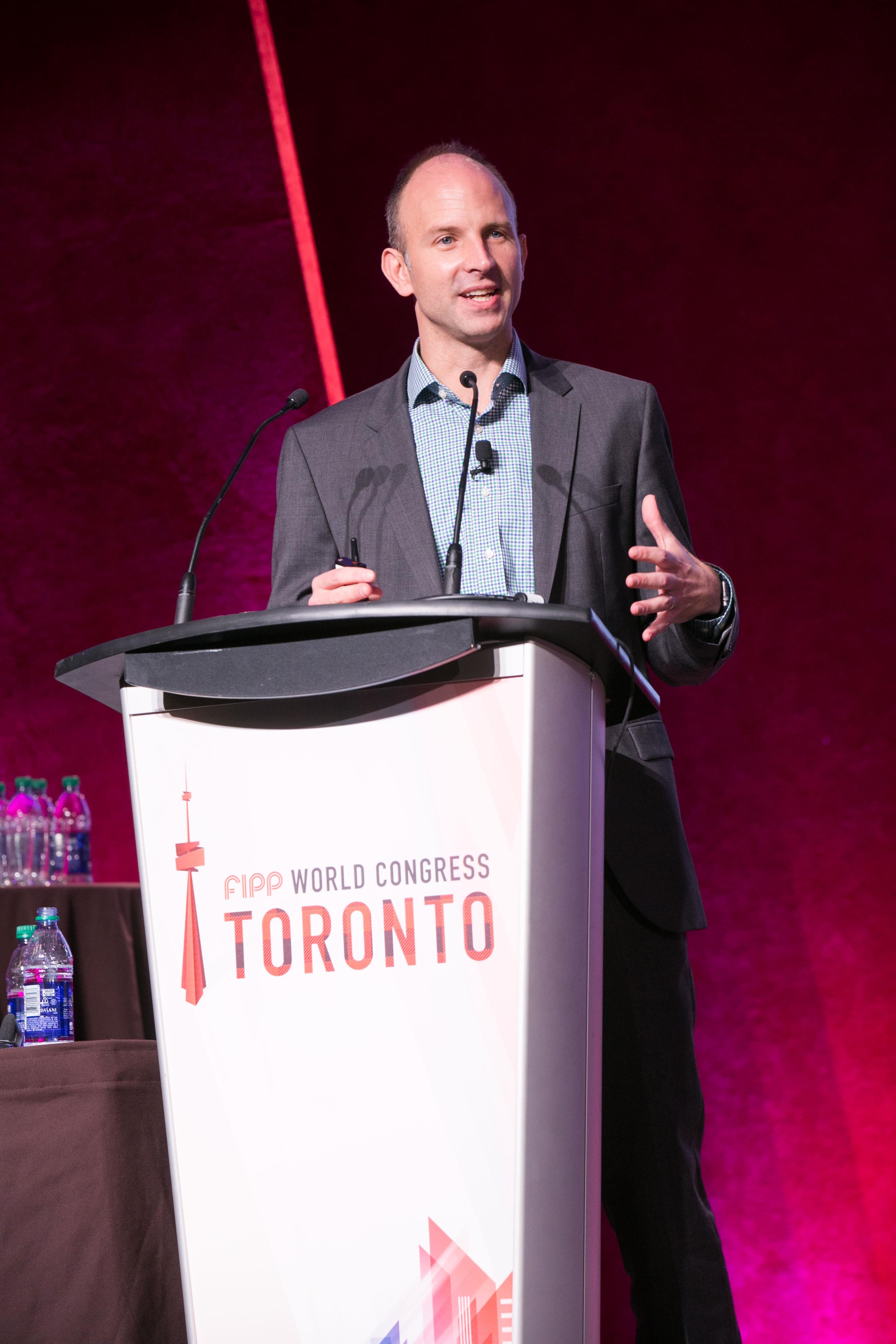 Founded in 2012, Quartz is one of the most fascinating business websites to have emerged in the last decade. Started by Atlantic Media, owners of the evergreen Atlantic Magazine, the founders of Quartz were given a brief to re-invent the global business news site.

“Our goal was to serve business professionals around the world with smart content designed to be read on whatever device they had near to hand,” explained Delaney. “And to do this we started with the question  ‘what would the Economist magazine be if it were created now?’”

Whether or not Quartz has fulfilled that brief is a matter of opinion, but the site now boasts 16 million monthly readers and issues a daily email with an incredible 160k subscribers.

Delaney explained that the growth has been fuelled by laser like focus on three key things. “The site is mobile first, secondly it is a global site (our reporters speak 25 different languages) with a focus on the new global economy and thirdly it is journalistic in its approach.” Delaney explained this as a complete focus on “creating quality content.”

From day one, Quartz was different. “We could have called the website the international business new journal,” said Delaney, “but we took a different approach and named it Quartz.”

Controversially, Quartz was the first high profile content website that was created without a traditional home page.

“Any focus on the homepage would be a distraction,” said Delaney. “Even big brands are seeing homepage traffic declining. So our focus is on the article page and the ability to share content.”

Interestingly, a few years down the road, Quartz does now have a homepage – but again it is not just a list of links of latest stories. Rather it is a news briefing page which Delaney describes as “experimental.”

Outside of the quirky homepage, Quartz is known in the content industry for several key innovations. Firstly, it has an unusual approach to advertising. Secondly, it is developing its video strategy in a unique way. And lastly, the way it uses charts to illustrate its stories.

“All ads are bespoke ads,” said Delaney. “We wanted to create beautiful ads that would be better for both readers and advertisers. We are also working with brands on native advertising and endlessly try and improve the quality of the ads we sell. We have passed up easy money by ignoring pre-rolls, pop ups, take overs, etc., as they are not what our readers want.”

“Our ad team is unusual in that it includes a lot of creative people, some of whom have a background in journalism and content creation, as well as developers and designers.”

As for Quartz video, Delaney admits that it is a work in progress. “We hired three polymaths and gave them six months to create all kinds of content to see what types of video people are interested in. We publish directly onto YouTube and Facebook and don’t yet monetise what we do. We have had 40 million views so far and will start monetising video content soon.”

The website’s wide-ranging use of charts is another of its unique features. Delaney says that the company developed its own tool – chart builder – which means that any of its journalists can create their own charts.

“Charts are very efficient at conveying information, especially for the business community,” added Delaney. “We also have a home for the charts called Atlas, where the charts can be downloaded, embedded etc. One day anyone will be able to create their own charts via Atlas.”

While taking questions from the audience Delaney was asked whether Quartz was profitable? He admitted that company strategy meant that he couldn’t disclose that information.

Yet he said that “Quartz will be a profitable business” pointing to 90 per cent renewal rates for advertisers as well as its emerging events business as being key ways that the business will be monetised.

How WeChat engages its community