Steve Johnson, founder of immersive tech startup SeeBoundless, will unpack some of those issues while offering advice on how to harness the emerging platforms at DIS 2019. Here he explains how he developed his enthusiasm for immersive technology, talks through his pioneering work with The Weather Channel, and outlines how the new era in immersive tech could deliver a significant revenue source for media companies.

Tell me about your career so far – what was your journey to SeeBoundless?

I like to describe SeeBoundless as the evolution of my career running over speed bumps. When I was finishing my undergraduate degree from The University of Florida (UF) in journalism with a focus on web and visuals the news industry was in a serious period of decline. No one was hiring. Especially with someone who could write, shoot video, shoot stills and build interactive stories on the web, which was rather ironic since at the time all we were hearing at conference was the need for “convergence journalists.”

So I freelanced for a number of years with ESPN, The New York Times, The Miami Herald and a few others while teaching at UF which allowed me to continue to develop as a journalist but also as a small business owner. Being in the academic environment also gave me the space to create classes out of thin air to experiment and build on new technologies with regards to storytelling.

Naturally, this evolved from breaking news and sports to more in depth work and by mixing in the technology, I realised I could start a company that could really help people merge storytelling and technology into some pretty powerful solutions.

And what was the catalyst that lead to the formation of SeeBoundless?

In 2015, I was finishing a master’s degree in business entrepreneurship at UF while teaching in the journalism programme and as a part of my master’s degree I spent a period of time in Haiti helping build business and communications plans for new entrepreneurs. It completely changed my outlook on what I was doing with my skillset and the day after I returned I decided to stop covering breaking news and sports, gave the majority of that work away to assistants and students and started building the plan for SeeBoundless.

A few months later, I moved from Gainesville, Florida to Washington, DC to begin working with news organisations and non-profits to use storytelling to help others – hence the company tagline “Tell Stories. Help People.” 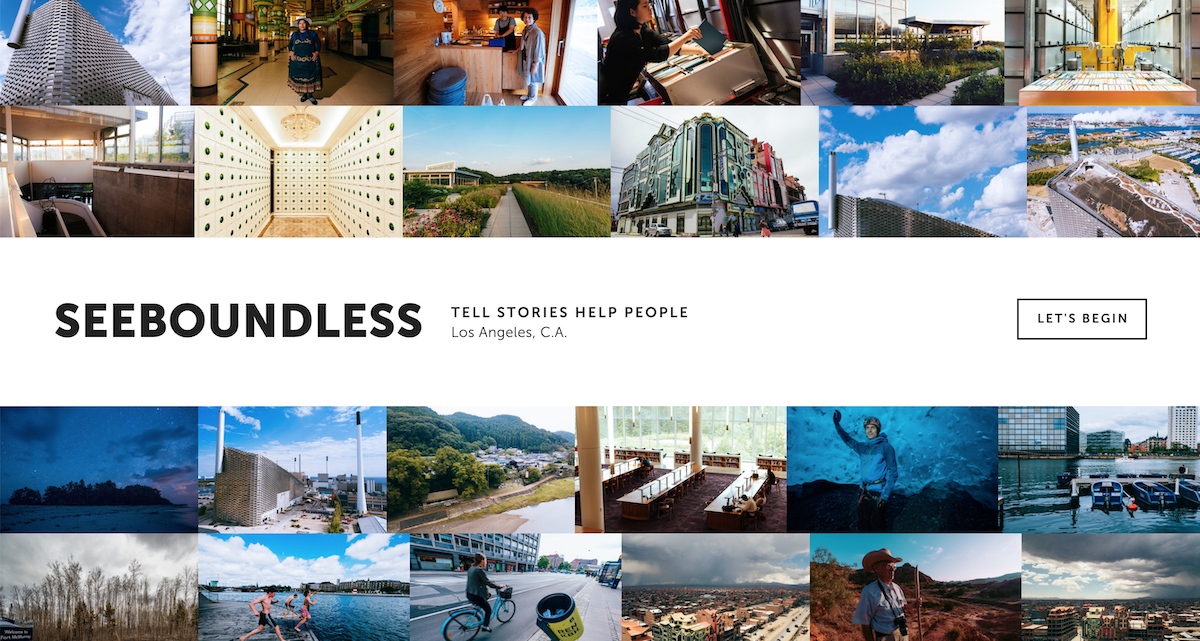 Where are we on the cycle of adoption of immersive tech by media companies? What are the barriers that are slowing things down and what do you think will be the opportunities in the coming year?

I think media companies get excited by immersive tech, just like they got excited about social media, or video, or the web. What is concerning is the lack of focus when it comes to the adoption of new technologies. Media companies need to be constantly balancing the value of experimentation with the implantation of new technology but use the guiding principle of “will this help my audience understand a story better” which will lead to increased value of a media company.

I feel this is lost time and time again with new technology, most recently in the pivot to video online and on social networks which have yet to create real value and drive subscriptions for news organisations.

I see immersive technology as an amazing complimentary tool for media companies that should be showcased with high quality reporting and storytelling.

Do you think one format VR/AR/360 will emerge as dominant over the others or will they have a role?

Right now, our audiences do not know the difference between the three. We haven’t done a good enough job educating mass markets on the difference between the three, nor have we created truly memorable content in all three categories. So before we start choosing which format will reign supreme in media companies, we need to invest in quality storytelling over quantity.

That being said, I believe that each have their own advantages for types of storytelling and applications for our audiences. All three are amazing tools to highlight ways for audiences to understand complex issues, feel like they understand place and build a sense of self-discovery with new information.

What is the most imaginative use of immersive tech that you have been involved in?

Right now, I love the work we are doing with education. We recently sent out 30,000 Google Cardboard headsets to first generation college students (high school juniors) in North Carolina providing students who can’t afford to tour college to have specific experiences at 16 universities across the state.

We built these specific experiences based on studying the population of students, designing them with each institution and allowing students to feel what it is like to be in college – not just to virtually tour a space.

We’re imagining what it is like to not only offer access to education, but to help people make better decisions based off of their emotions felt being virtually in a college environment.

We know majority of decisions are made with emotion, yet we feed facts to audiences to help them decide, why can’t we do both?

And which media companies are inspiring you with their use of immersive tech?

I love the work being done in broadcast at The Weather Channel helping audiences see what storm surge looks like in mixed reality as well as the risks film festivals are taking by upending a century old format by building immersive works into their programmes. On the news production side, The New York Times, Time, Quartz, The Washington Post and others are all working to see how this can fit into editorial features with varying degrees of success, but overall I’m thrilled with the way they are looking at AR as a complementary tool and not doing AR for the sake of AR. Also of note: the work being done by Adobe to push the VR and AR fields forward with turnkey tools in Creative Cloud are allowing us to build things that would previously take weeks in a matter of hours.

How important is it for media companies to have developed a distribution strategy for immersive tech. How do you advise them on this?

Critically important. Period. This should be handled by the most disciplined of editors and managers in media companies. We must constantly be asking why as we experiment with new technologies. We can still get excited by them and experiment with them, but if we are not asking why this is important, why this is helping our audiences, why is this creating value than we will fail. If not, we will see a version of giving away our content for free online, over investing in social media and click-bait video and not putting enough emphasis on subscription models repeated.

I am very hopeful for the potential in these platforms. They can create immense value to media companies when built with purpose. I would advise to focus on the physical not the digital when building out VR/AR/360. This sounds a little ironic considering it is “virtual reality,” but to get our audiences to trust an entirely new way of consuming means we need to take them by the hand and guide them. It took personal computing decades to do this, but I believe as a more connected world, we can build physical experiences, showcases, community events that will do this much faster.