One company that is creating interesting solutions is Sourcepoint. An international startup, with offices in the US, Germany and the UK, the company is the brainchild of industry ad veteran Ben Barokas. 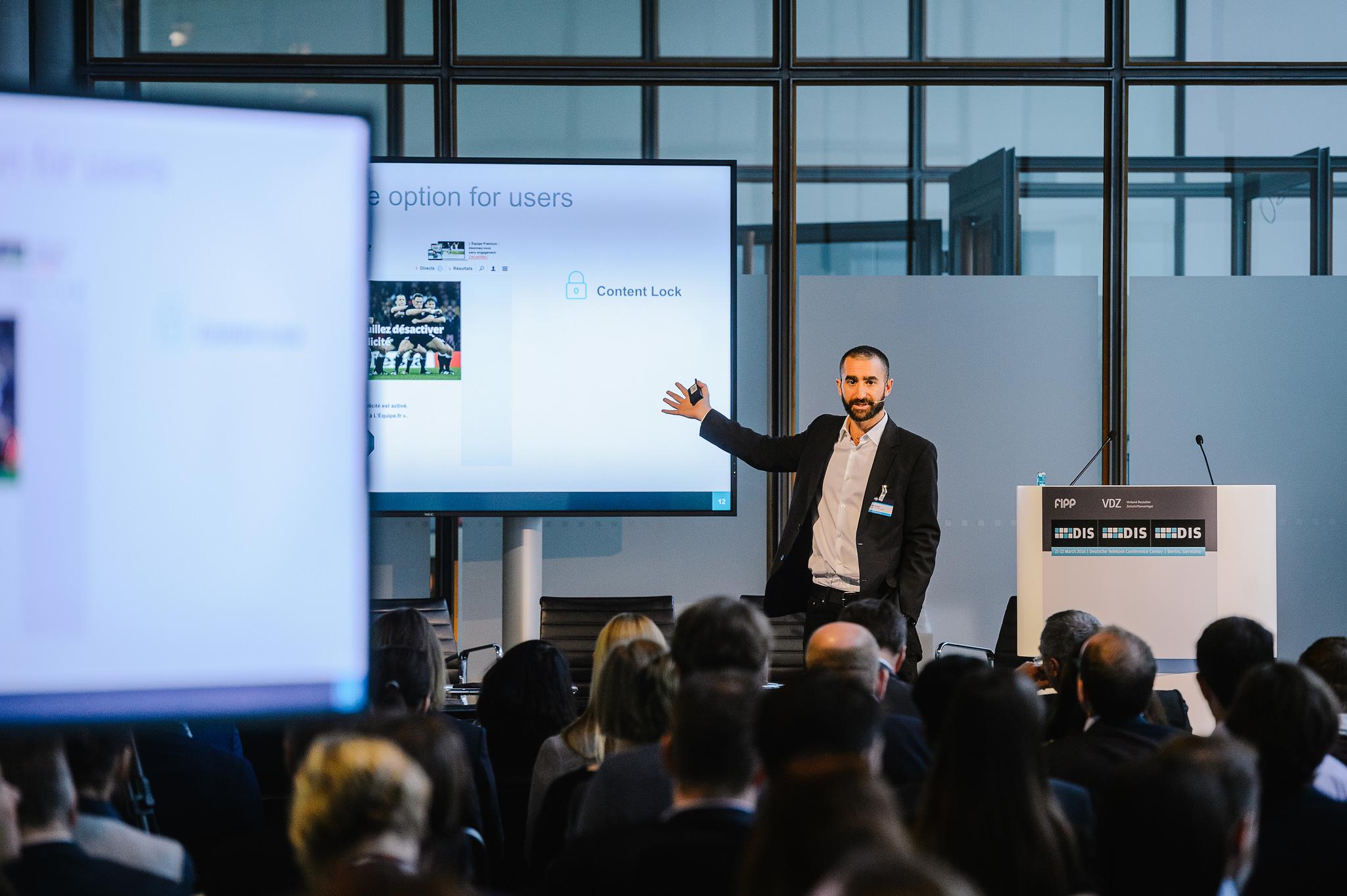 Today, Barokas talked about the moment he realised that there was an opportunity to help publishers strike back against ad blocking.

“Four years ago, my company, Admeld was purchased by Google. I was then involved in marketplace development and had lots of discussions with German publishers about large issues with the ad ecosystem.

Three years ago ad blocking rates started to reach 10-15 per cent and many publishers began to ask ‘how do we look at this problem going forward? How do we get back the revenue that we’re losing?’

After the 10th publisher asked me that question I began to think – there may be a business here.”

Barokas then went onto explain how in 2015 ad blocking came to the forefront with the industry. “The ecosystem has woken up and ad blocking has even entered popular culture with a South Park episode and Howard Stern talked about ad blocking.”

Barokas cited Apple’s move to introduce ad blocking into its Mobile iOS ecosystem as being the moment that the industry work up.

He then went on to list some of the challenges the industry faces with ad blocking in 2016. He believes that ad blocking will arrive in three other ways;

1. Mobile carriers – devices may ship with ad blockers enabled. Companies like Shine are working with networks like Three in this area, while at the same time courting other networks like T-Mobile and Verizon.

2. Web browsers – could come with ad blocking capabilities baked in – e.g. in the same way they stop pop ups

3. Anti-virus software – may include basic ad blocking services – in next year, to two years, antivirus will auto update users with ad blockers

Barokas noted though that 2016 is also the year that publishers are starting to take action.

“In France this week, a consortium of publishers, including Le Monde and Le Figaro have started blocking users with ad blockers from accessing their content.” There are also moves in Sweden to achieve an industry-wide approach.

He explained that Sourcepoint had reached out to 150 top publishers and discovered that most favoured the recovery option – finding a technical way to push the ads through. He noted that in some ways these aren’t the companies that are at the root of the problem in the first place as they don’t tend to serve intrusive ads.

However Ben thinks that messaging the user could be a very important part of equation. “Companies needs to have a conversation with the user, admitting that they understand that consumers demand choice.” He believes that “offering multiple completion options to users is the only way the problem will get solved.” These could include serving personalised ads, offering an ad-free experience for a period, or pushing subscription or membership options.

This messaging work best if used with a content lock, which is another option that Ben thinks publishers need to take seriously.

Barokas then went to describe how Sourcepoint could work for publishers. It uses tech to empower publishers to offer all of those things to the user. Not forcing one methodology, each brand segment has the opportunity to present different choices to the user on how they want to compensate the publishers. It may be micropayments, no one size fits all.

Another option could be giving a user a choice with readers logging in and then receiving trusted ad experiences or ads tailored to them. “If you pay for content directly offer an ad free experience,” suggests Ben.

Do not underestimate the strategic relevance of ad blocking and its effect on whole corporations. There are many different part of publishing business which need to be part of the conversation – business department, subs, ads, tech and engineering departments.

Secondly, offer user multiple ways for compensation and thirdly collaborate with other publishers, and finally make better ads – creative, secure and not intrusive!