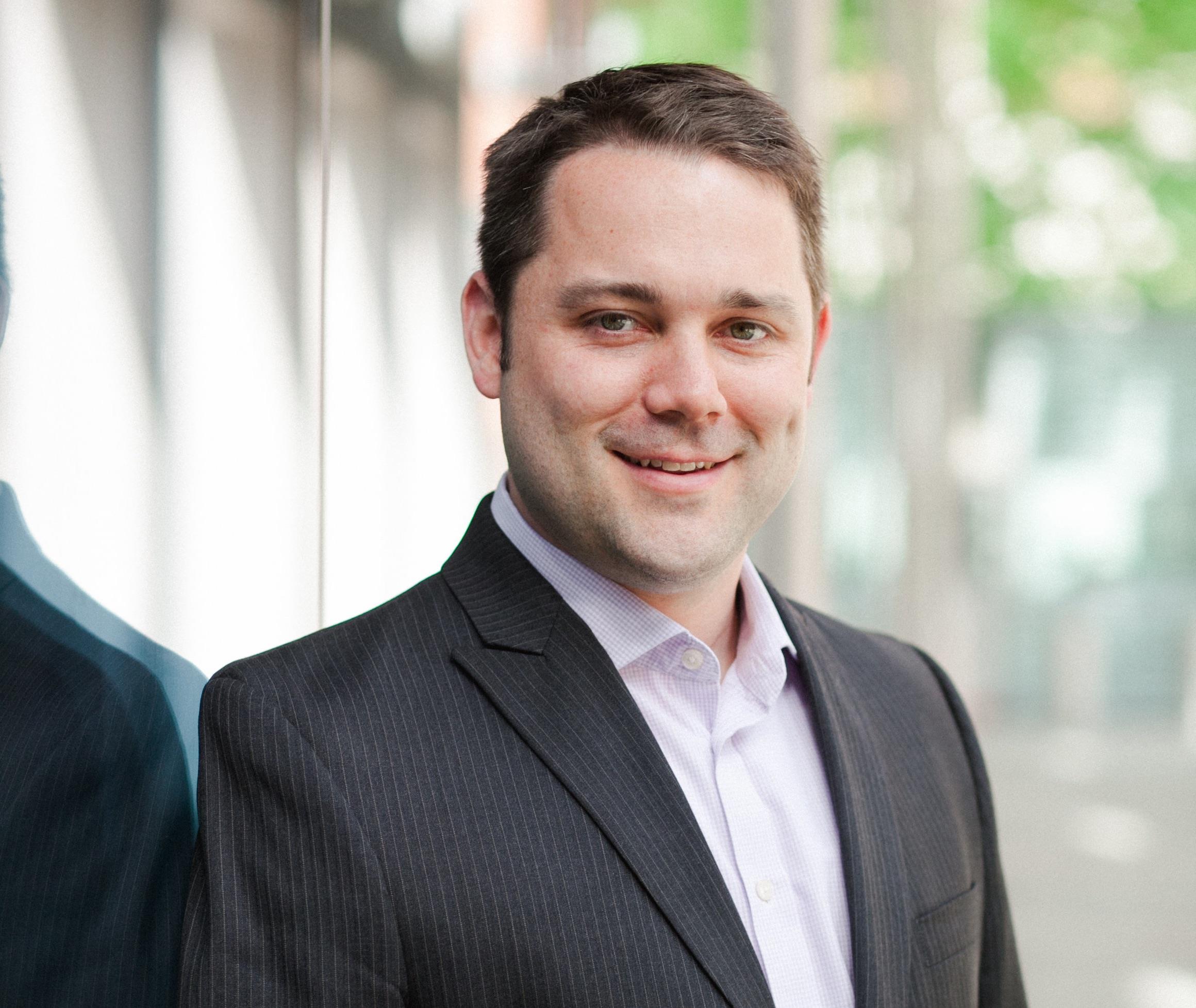 What is NYC Media Lab?

NYC Media Lab is a five year-old consortium of universities and media companies in New York City. Our participating universities include NYU, Columbia, The New School, Pratt and CUNY. The initiative was started by the New York City Economic Development Corporation as a platform to create connective tissue between faculty and students working on media and tech on campuses and media executives concerned with innovation and emerging technologies. We are supported in part by NYCEDC and through corporate membership.

Why would media companies be interested in working with you?

There are three reasons. First, every media company today sees that emerging technologies are changing the way they create and distribute content. Staying on top of emerging technology and experimenting with it is a big reason why media companies work with us. Second, we bring talent. One of the main goals of member companies is to engage with talent across a range of disciplines. The third reason is collaboration. Companies in New York City want to talk to one another.

Lots of media companies have their own R&D departments. Why wouldn’t they experiment in-house?

You are right, most media companies today have an experimental lab, or R&D space, or other types of projects dedicated to innovation. In a way, all of New York has become one giant media lab, which is cool; it’s a sign of the extraordinary environment here. What’s clear to all media professionals, is that you are never going to be in a situation where you control all the best talent, all of the best technology, and all of the best ideas. So in order for your media lab to work inside of your company, you have to have relationships outside your company. That means relationships with tech companies, vendors and the universities that are in your back yard. NYC Media Lab is taking care of that latter part in particular, the connection to the universities. Think about some of the ideas around open innovation that come from people like Henry Chesbrough at the Haas School of Business at the University of California, Berkeley. One of the things he talks about is how companies that want to innovate and expose themselves to ideas, have to create strong relationships with universities, because universities are where ideas are born.

Who are your members?

Members range from companies like AP, Hearst, and Bloomberg to Viacom and Verizon. There are 18 member companies, most of which have significant operations in New York, but a couple of which use their relationship with NYC Media Lab to sort of have a foot print in NYC.

What are the most successful projects that were born inside the NYC Media Lab?

One of the projects I am most excited about right now is a project that came from News Corp. VP of Product Kareem Amin came to us with a challenge to build an open source tool kit for journalists that makes production of mobile data visualisations, quick and easy. We partnered his team with graduate students from Columbia Journalism School and NYU’s School of Engineering. Over the spring semester engineers from NYU were working with New Corp’s team and helping advance the software, while the journalism students primarily provided additional feedback, support, and user experience recommendations. That got us to the prototype stage, and the project has since attracted additional funding from the Knight Foundation, along with additional funding from the News Corp. The toolkit is open source, and it can be used by anybody.

Another project is going to be presented at NYC Media Lab’s Annual Summit on 25 September. It’s a project we ran with Major League Baseball Advanced Media, who came to us with a challenge: how to extract metadata from video of baseball automatically. For this task we reached out to engineers in electrical engineering and computer science. We ran a giant open innovation challenge, which reached 65 engineering programs across the country. The winners will be announced in September.

Can you tell us more about the events part of the business?

We don’t run events as a business, but they are a part of our membership proposition. This year we will run several. Our Annual Summit is a big one. We have various keynote speakers, as well as workshops from faculty across different programs, ranging form data visualisation to assisted technology and live casting. In the afternoon, we will have a hundred plus demos of student and faculty projects ranging from virtual reality to creative coding. In November, we will host an event on exploring virtual reality, and throughout the year we will run smaller events on personalisation and recommendation technologies and data science, which is a key interest of most of our members. Another event will focus on the internet of things.

Are there any projects that were presented by students and then picked up by media companies?

We recently did a project with NBC Universal and their news team on developing a social media game. Ashley Wells’s team at NBC Universal didn’t have much experience in game design. We connected the team with NYU Game Center, and ran a hackathon where students critiqued NBC’s prototype and offered their recommendations for how to improve the product concept. NBC Universal took those ideas and incorporated them into their planning for a future product iteration. Last year, Hearst Corporation ran a fellowship program focused on personalised news. We had five fellows, two of whom went through the program and ended up building a prototype. Over the course of a semester they continued to iterate, user test and change their concept. Eventually they landed on a very different product. Since then they launched the app called Pundit, which is an audio Ask-Me-Anything platform for Twitter. They are in Los Angeles now in the Disney TechStars accelerator.

NYC Media Lab has direct access to younger generation. This is something on everybody’s mind now: how to work with millennials?

Here are a few things that, I think, young people are looking for. One is authenticity. These are people who grew up in a hyper mediated, advertising-rich environment, and they are very aware of that. They are experts at cutting through to the source and understanding the context for what they are looking at. This is what you see at Vox and Vice. It is the authenticity of voice in these companies that younger people respond to. Next, they are looking for the willingness to meet them at their platform of choice. Again, Vice, Vox and Buzzfeed are meeting people where they are: on Snapchat, YouTube, and on other messaging apps. Next, a lot of companies that are really sophisticated about working with Millennials, are the companies that are building products with Millennials. Take a look at the latest Vox program with the Kips Bay Boys and Girls club in New York City, “What we learned from prototyping the future with teens”. In partnership with Spotify Design and Hyper Island, they ran a one-day hackathon on the future of communications, and 36 young people participated. Every engineer that came out of that project has an experience that is going to affect the decisions they take back in the office. We need to see more projects like that.

Do you think that American media companies innovate enough?

The word “innovation” is tricky. But over the last few years media companies have learned to engage with external partners, they’ve hired people from more innovative tech companies to run their departments. While the stocks of these companies may go up and down, and some of these companies themselves may come and go, in general the sector is strong. In today’s environment, with the technology constantly changing, and the tools of experimentation never having been cheaper, you cannot refuse to experiment. Even if your goal is incremental innovation, you need to be experimenting in order to drive those incremental efforts. Young people are not afraid to break the rules. That “hacker” mentality, that’s what makes these projects so successful. I am not trying to say that traditional media companies do not take risks – I come from a traditional media company, (Justin worked for The Economist prior joining NYC Media Lab in 2013), and many people who work in legacy media take tremendous risks. But when you bring executives into a project with students, they tend to get a bit of the energy off of the young people.

What are the challenges for NYC Media Lab?

We want every media company to give us their money to support our programs and continue building this community. In the near term, we are launching a new program called NYC Media Lab Combine. It’s a program to encourage more media and communication startups at the universities of New York City.

A profitable innovation right under your nose

Innovation 2015 chapter extract: Is the importance of mobile exaggerated?