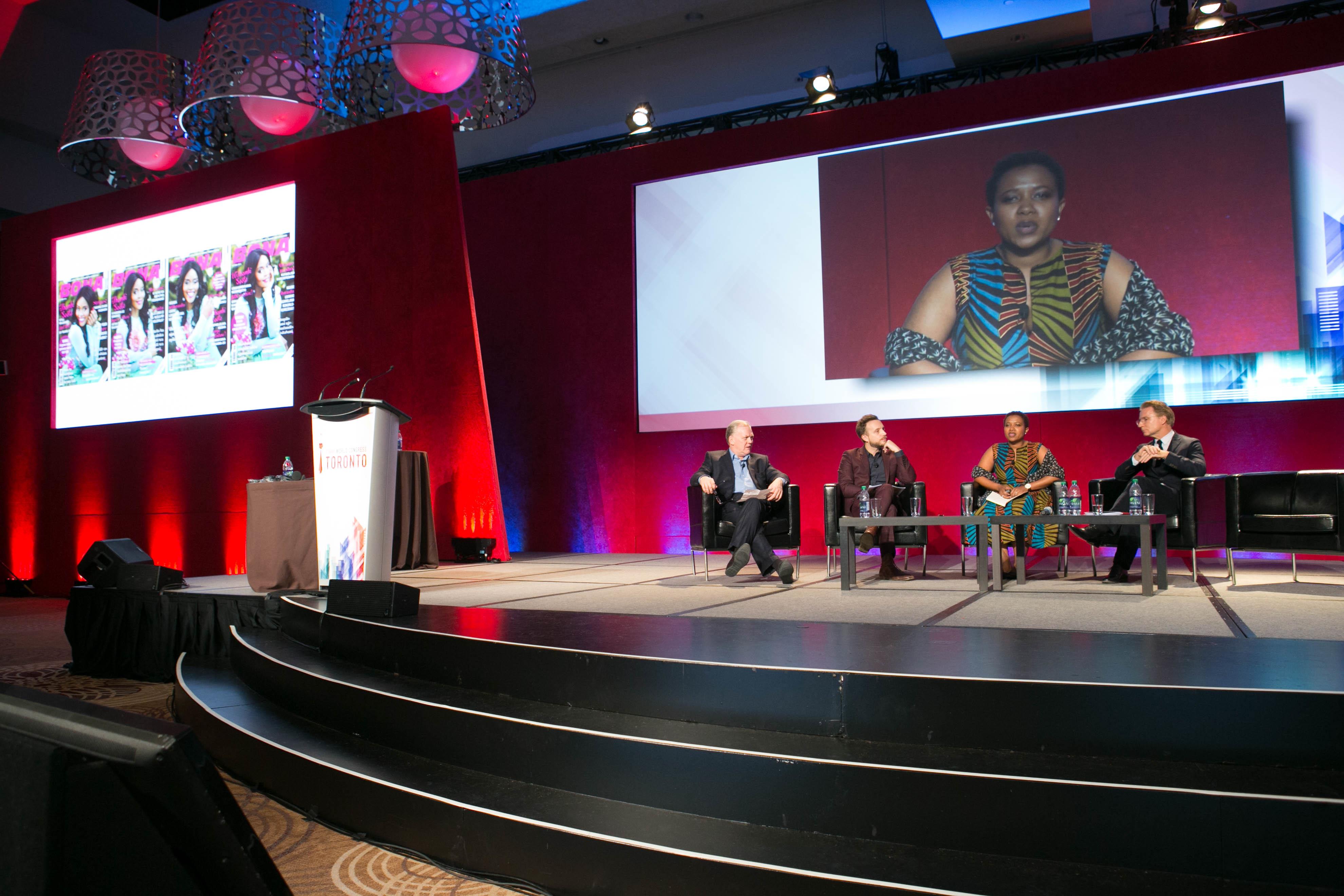 Who’s in charge of your magazine?

All three editors agreed that they feel in charge of their respective publications, but now more so than ever they are custodians of their brands.

“My job is very different from my predecessors,” says Royant. He pulls up a photo of a suave captain – symbolising what the editor was when Royant first went to Paris Match as a reporter. He then revealed an image of a plate spinner – a more accurate depiction of what editors look like today. “And sometimes the plates break,” he said.

Royant spoke about the different speeds of news: “the weekly and the moment.” He feels this is the main challenge of editors today, trying to cover both speeds.

How has the role of editor changed?

Foxman, editor of Instyle for eight years, says he thinks about taking the values of the magazine and translating them into growth. In addition to having a top-notch quality print product he has to think about where the In Style consumer wants to see In Style branded products.

Royant says the structure of his day has changed with the evolving role of editor. Today, he starts at 8 or 9am with a meeting about the next day’s digital strategy and how they are going to “surprise” audiences. Next, at 11, there is a cover meeting and then back in the afternoon for another digital strategy meeting focused on their new Match Point endeavor. It’s “going from one universe to another,” he says.

For Mali, it’s that editors are required to interface with advertisers more than ever.

Editors must remain open to new ideas and technologies, even if they do not fully understand them.

Foxman says, “I have to understand how our brand sings through the instrument,” but not the intricacies of the instrument itself.

Royant adds that he learns a lot from the younger journalists coming in to his magazine, strategies to transition to remain relevant.

Mali says “you have to straddle the platforms.”

In Style does this well, Foxman says, by hosting consumer events, launching apps and digital how-to guides with no print analogues – as well as the initiation of a virtual reality element – the first woman’s brand to do so.

“Stop thinking like editors,” says Royant. “We need to put ourselves into the shoes of our users.”

When readers are writers, editors and publishers