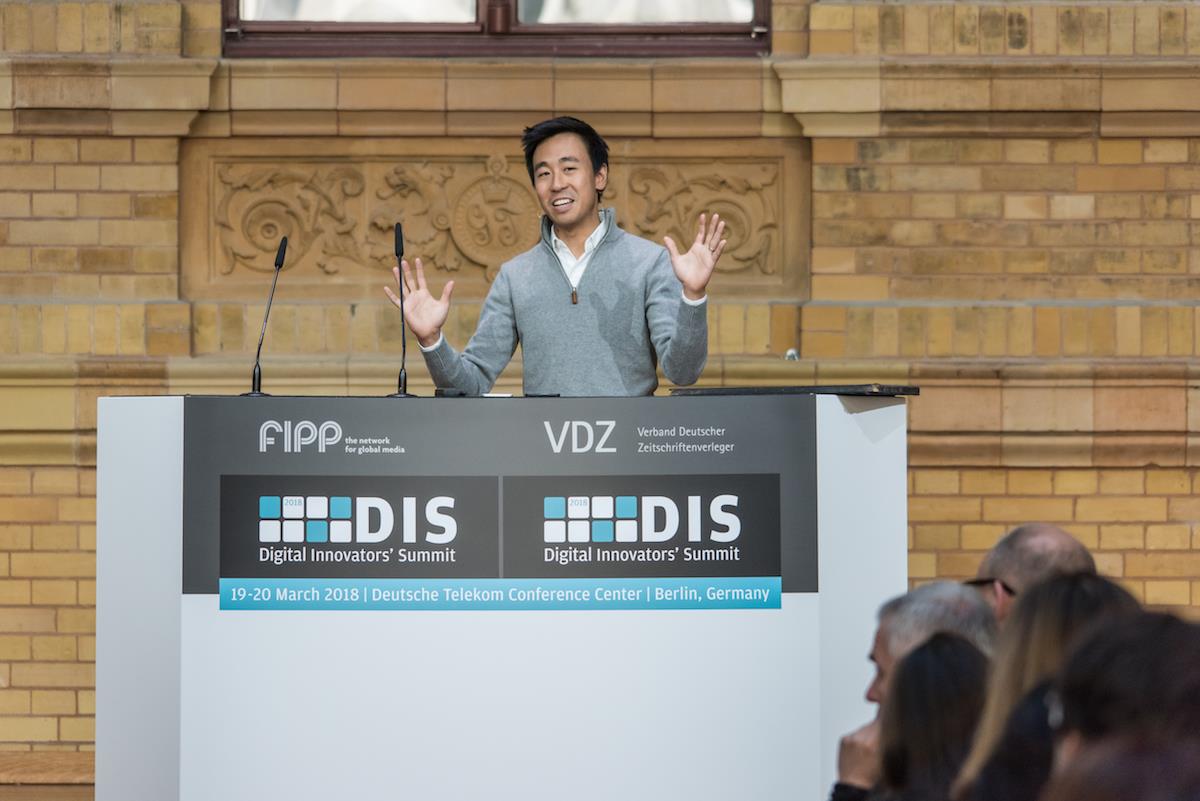 “Company culture is going to develop with or without the participation of media execs,” argued Gary. He then said that the company was focusing on three ways to transform its culture.

Firstly establishing a shared purpose – building a mission statement. Though as Gary acknowledged the execution of this is difficult. The need to get people to share a large singular goal that is often difficult to articulate is a tricky process.

To underline this he added that people often project the aims of the organisation as being much narrower than they actually are. Gary and his team then focused on establishing a language around purpose, stating why the news organisations exists, which in their instance is ‘to lead the global conversation about China.’

The second shift is around shared language – company values. “We now have the same north star,” adds Gary. “Most importantly we were able to move into a new space that was a physical expression of the shared language.” The company’s new offices took away some of the silos that had existed before, bringing people together.

Gary added that it is “hard to innovate when people have been sitting in the same space for 20 years, so we introduced a system of lockers and shared deskspaces. When we made that change immediately we had revolt.” He explained that for some their primary concern was ‘if I do not have a desk to call my own how do I know that I still belong?’ Their attachment to the company was not its mission, but the physical space they called their own. Gary said that de-anchoring them has dramatically changed this.

The third shift was rooted in creating a logo that would enable the employees to tell a story about the company and its values. Up until recently the company had a multitude of logos which were used in different places. They removed all these replacing them with a logo based on a maritime flag which means ‘willing to communicate.’

Gary said “we now have a simple, but compelling logo and our employees can explain the history of the company and its plans for the future just using the logo.” 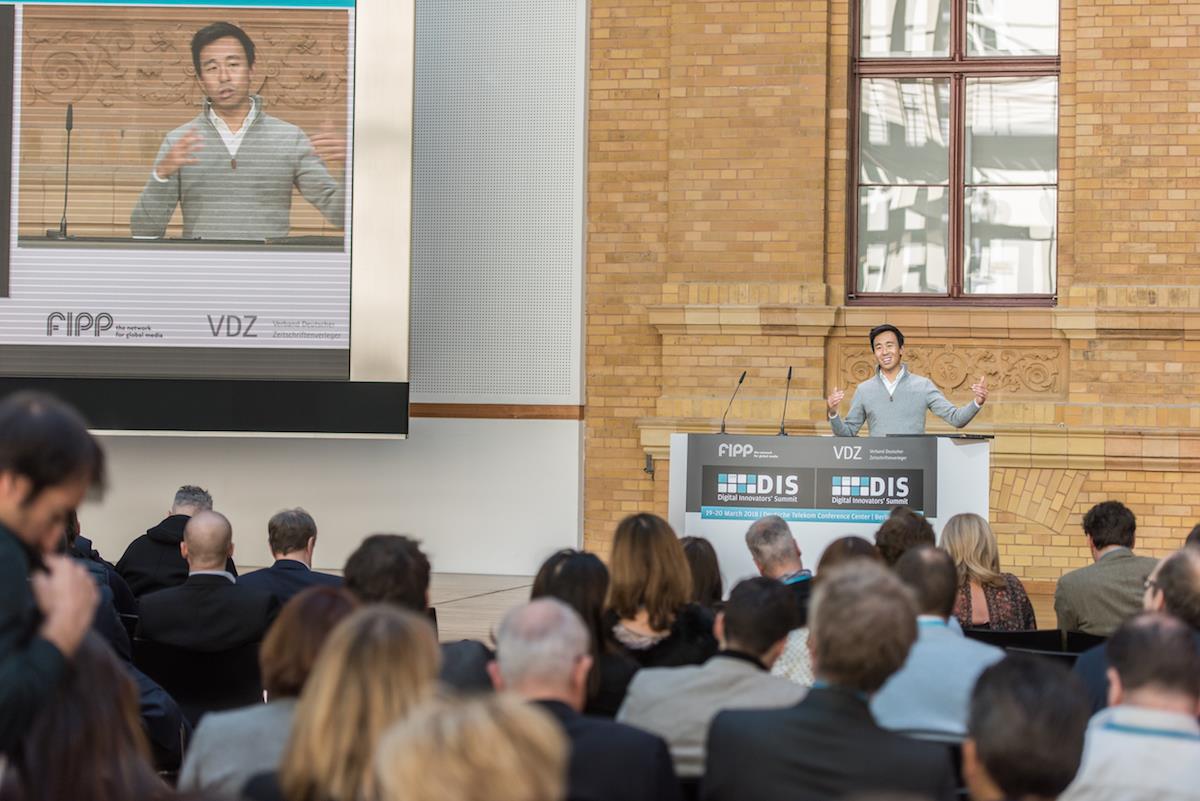 The second tranche of changes entailed a upgrade to the company’s process and structure. “We had to remove the excuse of complacency. We had to make things more uncomfortable, to change our strategy” said Gary

He then desibed how the company had acquired many ancillary businesses over the years and how some had become albatrosses weighing the SCMP down. “So we had to cut or commit. We looked at the entire asset class and figured out what we wanted to cut. They were folded into the core businesses and we then committed to the things that mattered.”

“We were once profitable because of classified sales, if you wanted a job you came to us,” added Gary. “That has declined over time and we needed to commit to a new form of recruitment. Now we have the most sophisticated AI powered recruitment platform in the whole of Asia. It is a key long term profit centre which also enables us to harness valuable data.”

Another issue that Gary and his team tackled was the culture that prioritised the print issue of the SCMP over its digital output. Apparently the first version of most stories were published online, but the best, buffed up versions ended up in the printed newspaper serving only a small percentage of the readership.

“We reorganised and created a dedicated newspaper team. They were the only folks that had availability for print,” said Gary. The quality of the printed paper did not suffer, but suddenly every desk editor cared most about what content was like online.

Gary also predicted that speed of reaction is going to be key to publishing success in the future. “The companies that will succeed are not the ones that will predict the future, but the ones that react the fastest to consumer behaviour. We look at metrics in real time and react to changing behaviour. We set goals on a quarterly basis so the company can make adjustments.” 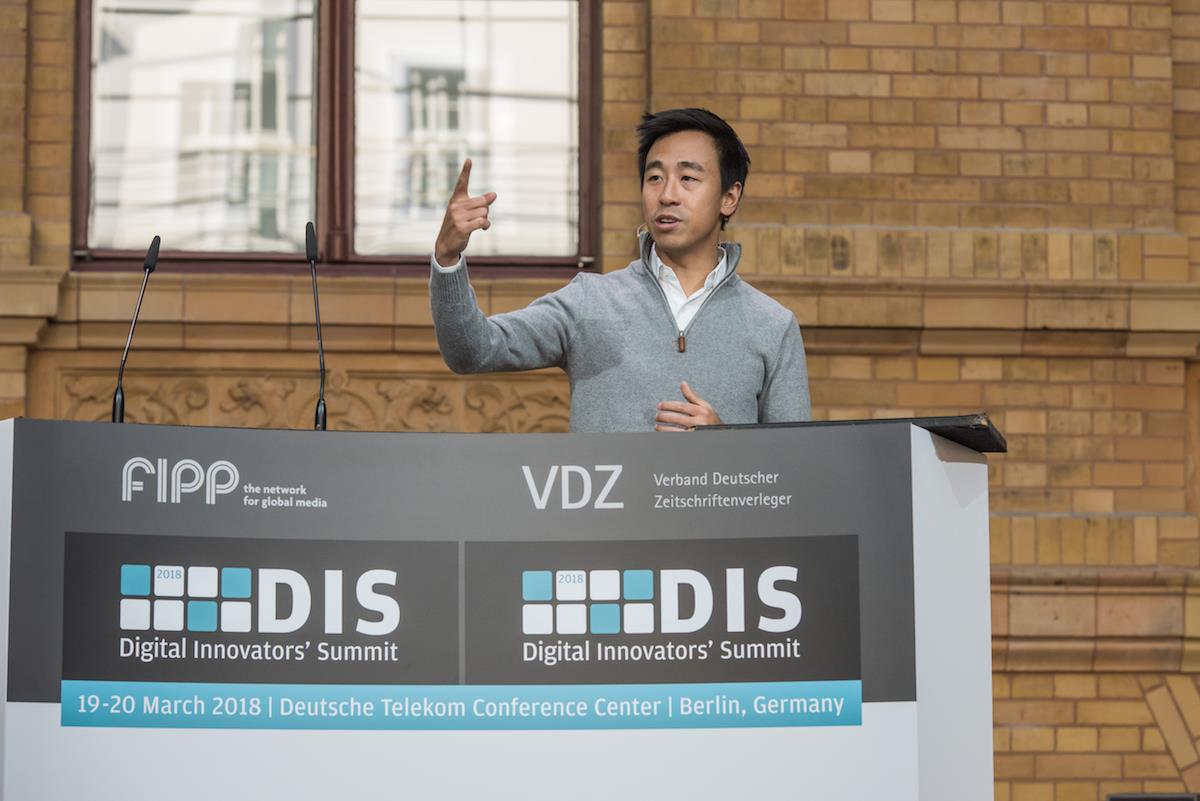 Finally Gary talked about how technology was helping to propel the SCMP forward. “We have tripled the number of tech people, but we have a clear purpose. We can do all sorts of things with tech, but we focus on three things. Firstly we seek to make people bionic. 60% of the team are focused on making employees more productive and effective. The innovations that the team have leveraged include upgrading the content management systems, changing the email structure and moving to real time messaging system.

Gary then highlighted products that the SCMP has recently unveiled, including a tech news platform and a product that issues six articles a day that Gary believes will help readers slowly learn about the complexity and nuance of China.

The last thing Gary spoke about was the company’s innovation in harnessing and using data. “We have three data systems with four products including content management systems, a data warehouse of internal data and a DMP for external data.

Gary finished by talking about the potential of AI and how it may be used to create content in the future.

He also expressed his view that publishers should be helping to spread global peace and prosperity.

We are at Digital Innovators’ Summit 2018! Here’s how you can follow it