Headquartered in Copenhagen, Denmark, and part of the wider Bonnier Magazine Group, Bonnier Publications still has a vested interest in traditional magazines. Leif Jonasson is the editor-in-chief and project manager for four PC titles belonging to the group, which still pull in the bulk of their revenues from print magazine subscriptions. It’s an interesting area of the specialist interest sector that sees large swathes of its readership still enjoying the tangibility of a print publication, alongside the technology on which it reports.

Equally however, in a specialist content area that is dedicated to new hardware and software, the lure of digital is growing. The CD giveaways that once adorned the covers of PC print titles like alluring toys on children’s magazines no longer appear: the vast majority of computer users simply do not have CD drives anymore. Additionally, accompanying online support forums have been growing in popularity in recent years, representing branded communities where readers can communicate with one another directly to help solve problems and improve their knowledge.

So with a strong multi-platform approach being embraced by the readership, how is the publisher managing this change?

“We still publish mainly magazines,” said Jonasson. “There are some apps and digital products but 90 per cent of our business is still print. The thing is: print is not only profitable, it is extremely profitable to us! And that can make everything else look a little insignificant when it comes to our business, which has traditionally been based on subscriptions. We have a market segment where customers are willing to pay quite a large amount for their magazines. And it wouldn’t be fair to call it a curse, but somehow it makes it even harder because if we had a declining business it would be easier for us to justify a higher investment in more digital channels.”

“Myself, I am editor-in-chief of four PC magazines, and we are in the top five earners within the entire Bonnier Magazine Group. In other places in the world PC magazines don’t really exist anymore, so they’ve had to do something different. Gradually based on the data we are seeing, we are updating our approach as well. But we can build our digital future on top of something that still works pretty well. And while we’re realistic about the declining print circulations around the world, we also need to be conscious of giving our readers what they want.” 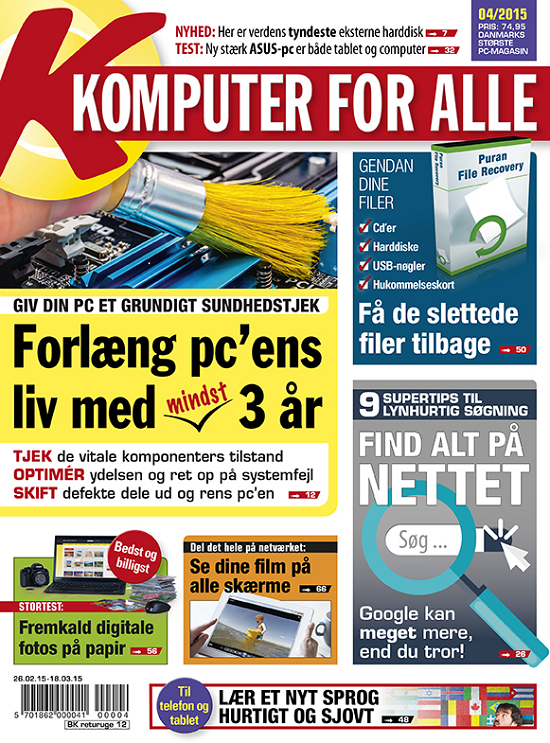 Building upon existing success as a print publisher is the first step for Bonnier in expanding the Company’s success online. As Jonasson highlights, being able to make the transition into digital from the point of view of a still strong print business, rather than having to make the change through necessity, gives them an extra advantage.

“It gives us quite a good platform, and the muscles also to invest in digital projects. We’re just one part of the Bonnier magazine Group, which itself has sister publications in Sweden and the US. But all throughout the group we are realising that sooner or later we have to increase the digital share. Faster or slower, for maybe one pace does not fit all. But ultimately all the titles will be going this way. Every (PC magazine) subscriber already gets for example, a digital copy of the magazine when they subscribe, and while this side of the business is not necessarily making much money in comparison to print at this stage, we are already offering this content as a multi-platform package.”

“Different types of content can also complement each other. One of the benefits that our subscribers have for instance is that we created a download site. And where that came from is that we used, like a lot of computer titles I suppose, to give out a CD with the magazine and hardly anybody has a CD drive anymore. So instead of the physical CD we have created this download site. And that is considered by our readers when we ask them to be one of the greatest benefits we have for the magazine. It was designed as a replacement for a CD and we didn’t expect it to be so popular, so now we are building a community around it and it has become an asset in itself.”

As the industry at large begins to re-evaluate the importance of the subscription based model online, Bonnier has so far resisted making the branded website the central point of focus.

“It’s interesting that for so many publishers the website is at the centre, but for us it is more of a supplement. What we are beginning to establish now is that new news about hardware, computers, or tablets, is published to the website as soon as it is announced. But the magazine will provide a lengthier and ultimately more informative piece on that story, which is important particularly in areas of specialist interest content. We want to make sure that our readers get the impression that what they are paying for now is not only a magazine but a package: high quality print content, but also a lot of digital add-ons too.”

“And that level of insight and expertise remains critically important, whatever the platform. We’re special interest magazines and we have special interest journalists. So they are complete experts on all the subjects they are speaking on. The digital version is as valuable as the print version we believe and that means that we want the best people to do it. But that in turn of course means that we have to educate our staff to become more digital savvy and create great content that engages with audiences in different ways across different platforms.” 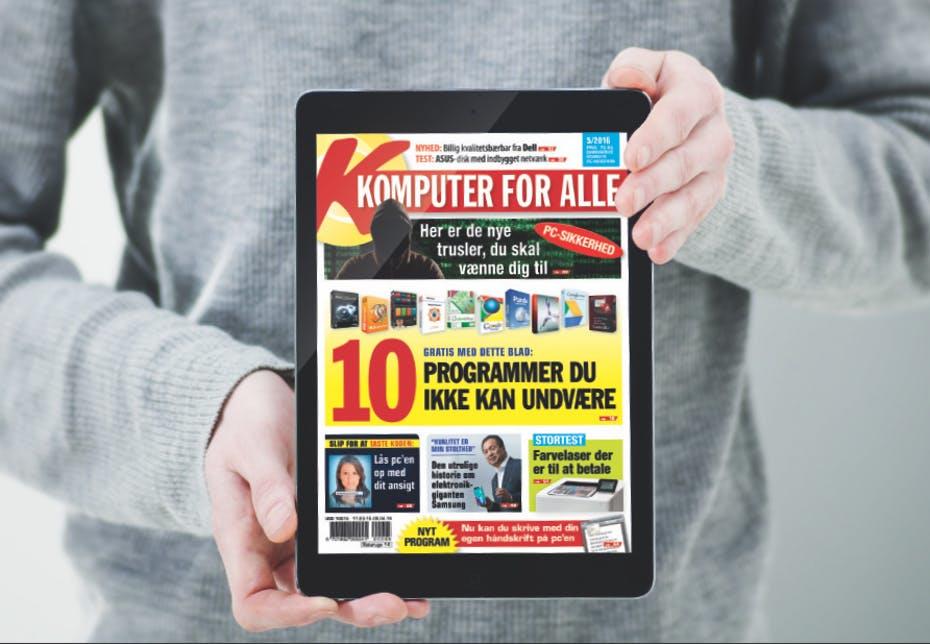 When asked about the implementation of new technologies, Jonasson does not give the typical ‘social, mobile, video’ response. Again, for a set of special interest titles such as this already catering to a highly tech-focussed audience, the wider opportunities brought about by digital are simply too appealing to ignore.

“There are huge new opportunities for us in digital. Video for example lends itself very well to special interest, and particularly to more technical publications like PC titles. So video works well for all the titles we have, but after that I think it’s very title specific. The comments sections and forums that digital can bring can also be big assets. In the PC titles I work on for example, our readers love to discuss and engage with other readers, or with our staff, and ask questions for example if their PC is not working the way they want it to. So we have a forum and as subscribers they can just enter their questions there. The readers can help each other out and if not we are stepping in and trying to help out with every trouble they may have.”

“That’s our number one traffic driver to be honest. Because other non-subscribers can actually see the questions, they can also see the answers, but they’re not allowed to have their own questions published. So that’s a big thing for us but when it comes to our scientific illustrated magazine for instance they have a totally different concept: it’s very much more about storytelling and hearing the storytelling from the magazine about all this scientific news that comes around.”

The Immediate Media Co story: from starting up to being acquired by Burda