The social construct of relationships within our society is changing, with the role that has been fostered for generations and assigned to various groups, evolving.

2016 saw a continued increase in the amount of content that we face as individuals every single day. But not all content is truthful. On the one hand, we see media sources being used as paid propaganda, while on the other, we see the state attacking media for being overly biased.

It would be difficult to disagree that 2016 has ushered in a new era in the relationship between media and all other layers of society, and where trust in media continues to decline.

In our newly released issue of The Insider we examine the role that media plays in our society today and where human-based, quality journalism fits in a future that is becoming more and more algorithmically driven. 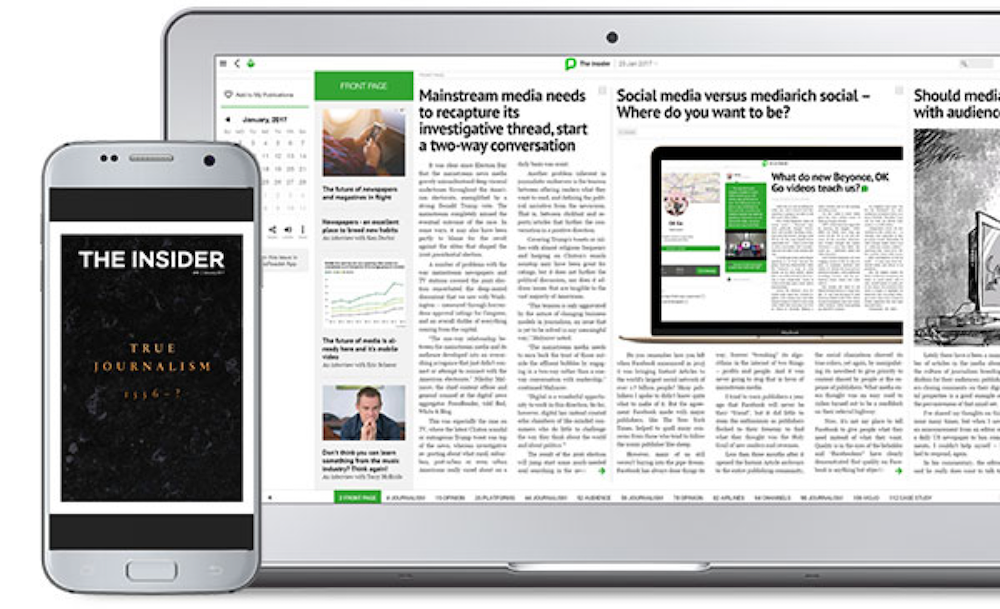 Elon Musk said something very provocative this past year, that there’s only “one in billions chance” that we’re not living in a computer simulation. Our lives are almost certainly being conducted within an artificial world fueled by AI and highly-powered computers, according to one of the most intriguing innovators of our time.

Now, you can agree or disagree with him on his assessment, but sometimes I feel that we’re indeed a part of some sort of script. Which begs the question, “If everything that we do is already pre-programmed, such as the evolution of the industry and the role of journalism in its future, is it all futile?”

Because if mainstream media is part of a script, then shouldn’t it just fall into its predetermined place? Or is it similar to a computer game? You can still play it in multiple ways, choosing different paths and have fun along the way, but it will eventually lead to largely the same outcome at the end.

2016 was yet another year when pundits were proclaiming the death of journalism. And although I don’t believe for a minute that to be the case, the question I think that we should all ask ourselves as individuals is this, “If journalism did (or were to) die, would we miss it?” I can’t speak for future generations, but I can say without any doubt that I most certainly would.

I don’t believe that for a minute. True journalism is not dead – not now, not ever. It is struggling to break through the crap that is rising to the top of an ocean of lies, but it will prevail. Because, to paraphrase Siddhartha Gautama, the father of Buddhism, “Three things cannot be long hidden: the sun, the moon, and the truth.”

This article is reproduced with thanks to PressReader, a FIPP member.

Three industry insiders on journalism in 2017