In an exclusive interview for Fipp.com, Scott Lamb, VP International of BuzzFeed, said: ‘Video consumption on the web is growing so quickly that it’s hard to make reasonable guesses about its potential size. Every media company is different, but BuzzFeed Motion Pictures, our L.A.-based video division, is a big part of what the company sees as the future.’

Given BuzzFeed’s commitment to innovation in publishing then it is no surprise that the videos it produces are breaking new ground. One of its latest creations is the ‘First Time’ series which presents video content – so far from UK TV programmes – to people who have never seen them before. In this instance that’s American twentysomethings, who then comment on what they were watching. Given that the Americans are watching Father Ted and Geordie Shore – both incidentally UK’s Channel Four programmes – the results are often hilarious. 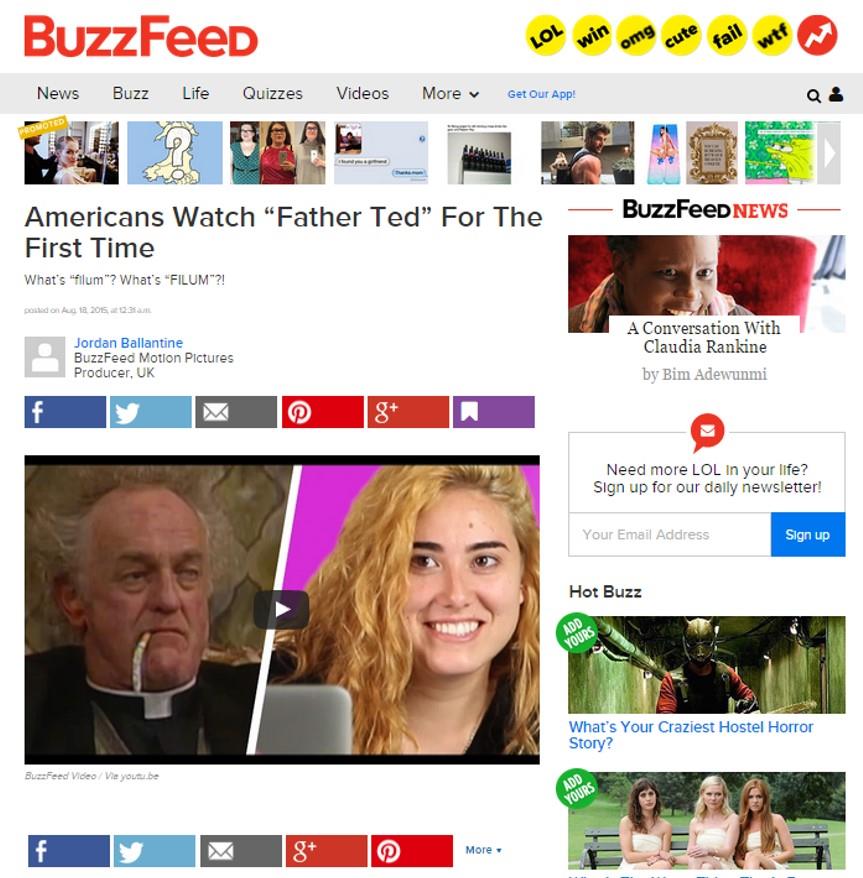 The way in which the screen is split is clever too, with a couple talking about the video on the main part of the screen but shots of key moments from the programme in a box in the corner. In some ways it apes the popular Channel Four programme Gogglebox.

The videos are undoubtedly funny and capitalise on the oft-discussed cultural differences with our transatlantic friends – think Americans learning new swear words via Father Ted and struggling to work out what the cast of Geordie Shore are actually saying. This is a video concept that clearly will work well and can be reinvented in many different ways. In a matter of days the videos have been viewed many millions of times.

BuzzFeed also produced a video in a similar vein earlier in the summer which featured Americans trying British snacks (including tasting pork scratchings!) which has been watched over two million times.

Over the last decade, we have seen many features that were staples in magazines in the 90s and beyond that have been reinvented for the web. It could be argued that many of the short Q & A interviews and background primer stories are basically updated versions of the type of stories that magazines regularly published.

This is a trend that will surely extend to video content too, as innovative publishers present ideas and concepts that have been staples on TV in fresh ways for the web.

The allure of content presented in a novel way

Another interesting example of content being presented in novel way (and which other publishers are sure to copy) can be found on the Ram Album Club music blog.

Each post is a review of classic album, the twist being that the reviewer is firstly someone with a public profile (there have been a lot of politicians and journalists) and secondly, they are reviewing an album that they haven’t heard before. So they are listening to music, much of which is perceived by pop critics as being massively influential, with fresh ears.

The views of the guests are always intriguing – and the icing on the cake is the way in which the reviews are introduced by the two hosts, Ruth and Martin, who superbly place the albums in historical context. 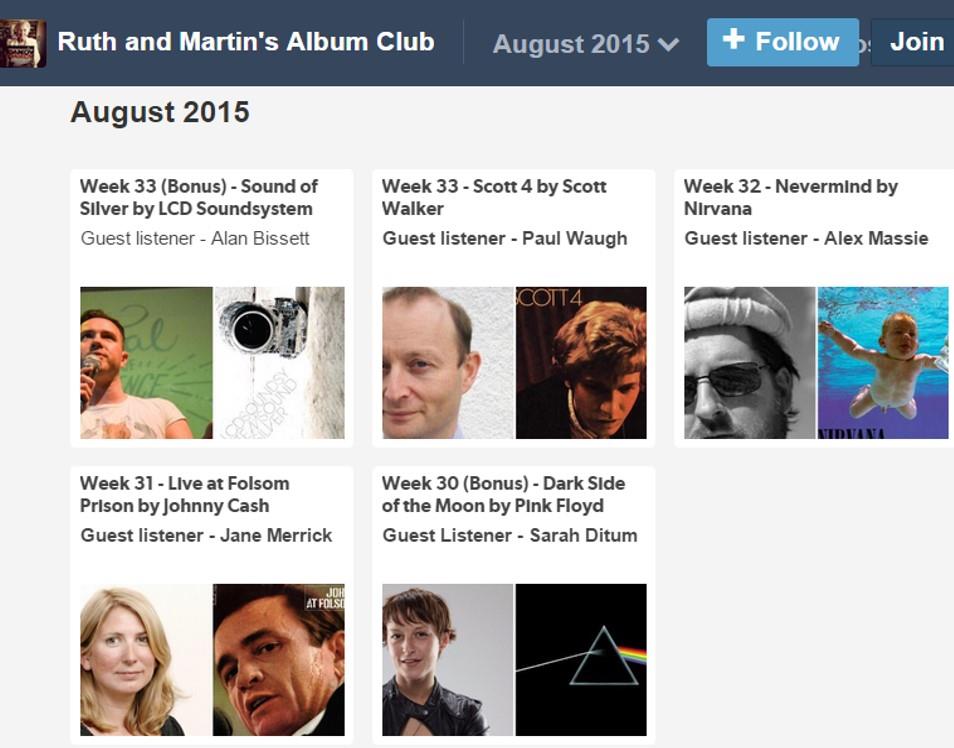 In a publishing sphere that’s often quite dry and lacking in innovation, the RAM Album Club is a breath of fresh air. The way that they make each post an event – a little like the influential Wait But Why – only adds to the site’s appeal.

It will be fascinating to see if mainstream publishers take the concept in a different direction, maybe applying its formula to reviewing tech products or even food.