Both AJ+ and AwesomenessTV take a multi-platform approach to their content, creating tailored content according to the benefits and limits of each platform, and this has led to explosive growth.

As Alan told his audience at DIS 2017, AJ+ videos have been watched more than 10 billion times in the two years since its launch. It also won a host of awards in 2016, including two Webby Awards for Best News Channel and Best News Series, a Shorty Award for Best Facebook Presence and the Online News Association award for General Excellence in Journalism. 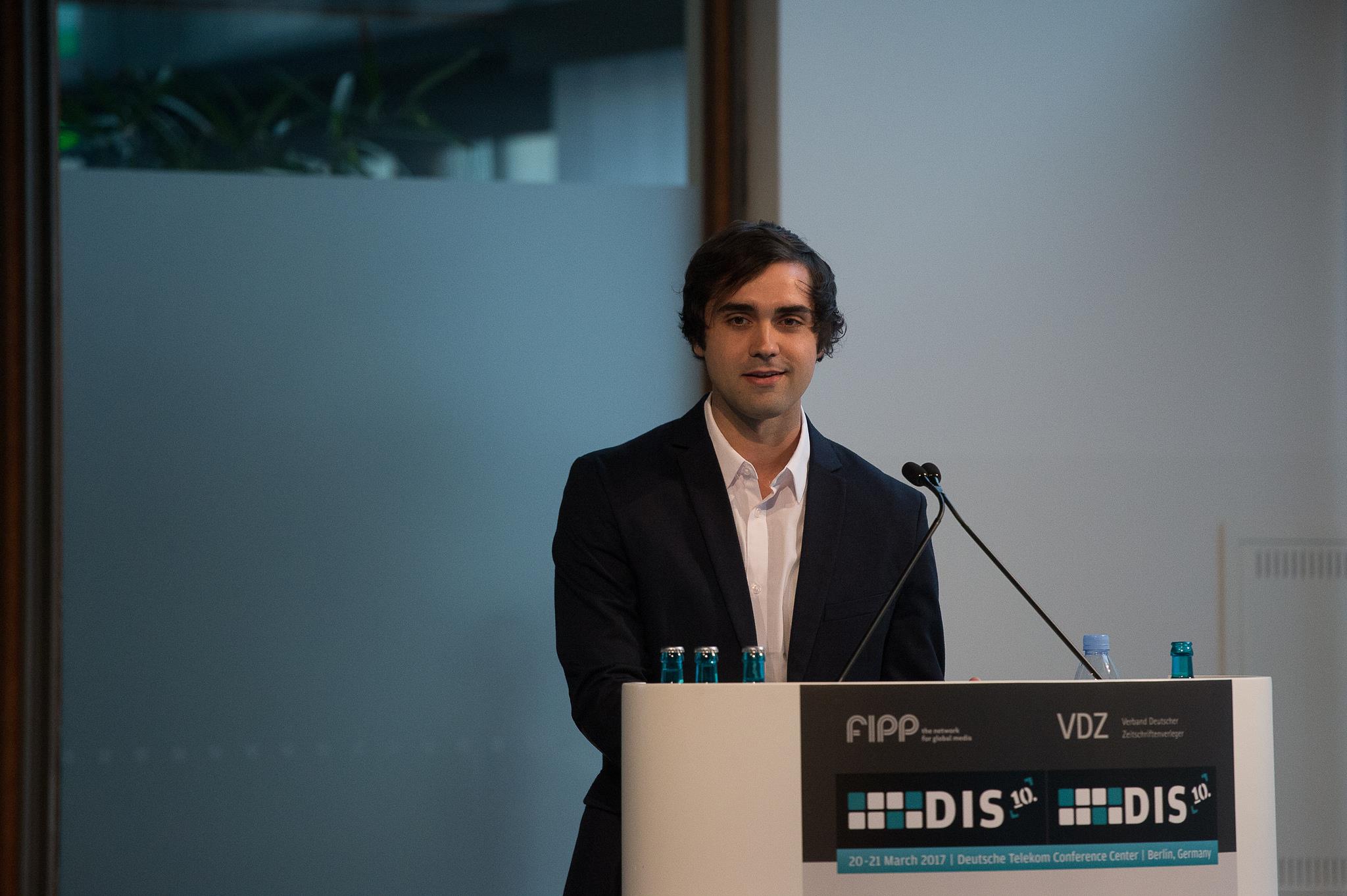 The strategy at AJ+ focuses on innovation, an audience-first approach, analytics, and multi-platform usage.

“The spirit of innovation is deeply embedded in our culture,” Alan explained. Back when AJ+ was being created, the innovation team at Al Jazeera was tasked with answering the question: what is the future of news? Realising that people weren’t watching the news at 7pm any more, but were getting it live from social streams, they decided that AJ+ needed to meet users where they already were: on their social networks.

Therefore, AJ+ has no website (other than a basic landing page which points users towards its social media channels). Its content “lives on social networks and is optimised for that”, said Alan.

Furthermore, AJ+ takes inspiration where other publishers might shy away. “A lot of publishers complain about new features – for example, Facebook Live – but we see it as an opportunity,” Alan explained. “We experiment with as many formats as we can and learn from that.”

“We had an ‘audience’ before we had an audience”: an audience-first approach

There are some basic questions which AJ+ asks when creating videos – questions about audience demographics, lifestyles, interests, platforms used, location, and time they are most likely to be online. Who is the intended audience, and how can they be tempted to share what they see?

“We had an ‘audience’ before we had an audience,” said Alan, elaborating that even without an audience, at the beginning of the process of building AJ+, the team made sure they knew who we were aiming at. “We try to use our FB page the way an individual would use it – and we take pitches, listen to our audience, and work with them.”

Alan emphasised that it is vitally important at AJ+ to optimise content for shares. There are many reasons as to why someone might share a video: because it’s informative, because it speaks to their identity, because they like the tone, or because of its emotional appeal? What is the shareable message? “I advise video producers to come up with a description and headline before they begin making the video, so they know exactly where they’re going,” added Alan.

At AJ+, analytics play an important role in their structured approach. By constantly looking at analytics, and by meeting with editorial teams on a daily basis, the staff create a feedback loop to improve and inform editorial content – allowing them to decide which formats and topics are working best.

They make liberal use of graphs to see what is and isn’t working (eg. drop-offs throughout video demonstrate less engagement – did viewers get bored at certain points? or spikes in interest – were people searching for a particular point in the video?).

● Visibility for AJ+ through RTs.

● Mobile-first content that works with the sound off – eg. with subtitles

● Native content – outside links are bad for the algorithm, so it’s best to lead a post with the most important information which describes the content in one single sentence or phrase.

● Audio – audience can “take a backseat”

● Functioning as a search engine

During the questions, Alan described a staff team made up of 60-70 people based in San Francisco, with an average age of about 32. He also said that AJ+ is currently focused on creating great content, and it will start to look into monetisation options soon as part of the wider Al Jazeera network.

AwesomenessTV: building for a global audience

Later on day one, Kelly Day took to the main stage to talk about how AwesomenessTV manages to be one of the fastest-growing media brands in the world. Like AJ+, video is of paramount importance. 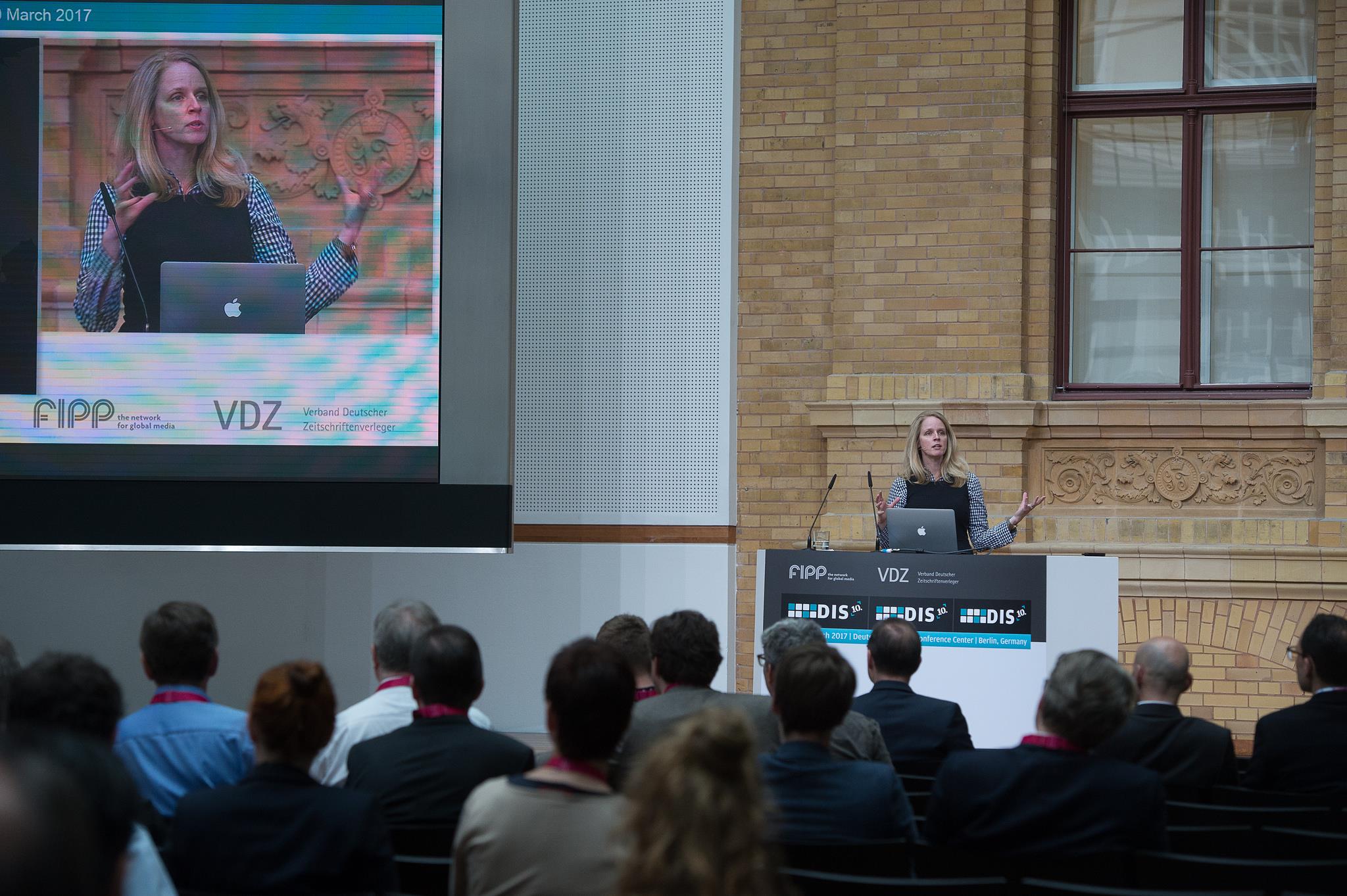 She began by outlining the differences between the generations, and the centrality of this to AwesomenessTV’s strategy:

She highlighted some of the features of Gen-Z which makes them the target audience.

● Think of tech as a tool not an obsession – part of their everyday life, like electricity. Perceive parents as being more addicted to phones than they are

● Want to connect and associate with brands – they can tell when a brand is being inauthentic. The brand is more important than the product

● Love to shop in physical stores, especially if there’s a digital and physical version

● Have a total of US$40bn in spending power.

All of this means that Gen-Z are the most influential audience, so AwesomenessTV has built the entire company around them.

“We’re the only studio which produces hundreds of hours per year just for this audience,” said Kelly.

At AwesomenessTV, they also harness the power of digital stars by casting Gen-Z’s favourite talent to ensure that their videos have the status of “must-see”. Digital stars have fans all over the world – not just in the USA, as Kelly reminded the audience at DIS.

Furthermore, AwesomenessTV has expanded into making its own films and longform video, which contributes to the company’s incredible record by traditional TV standards, said Kelly. Before I Fall previewed at the Sundance Film Festival this year to excellent reviews, and films or series such as T@gged and The Commute have generated hundreds of millions of views by casting international digital influencers in globally appealing stories. “This uniquely speaks to the Gen-Z audience,” Kelly explained.

Finally, like Alan from AJ+, Kelly ended her talk with the strong message that AwesomenessTV is focused every day on engaging with new platforms and a commitment to innovation. “This, we believe, will drive long-term value,” she said.