First thing’s first. What is long-form content? Columnist John Lincoln would call pieces of more than 1,500 words long-form content and 1,200 the absolute minimum. Even 1,500 is still far less than the 5,000-words-on-average long-form pieces, David Remnick referred to during Long-Form Storytelling in a Short-Attention-Span World, a panel in March, 2011. Of course media differs due to distinct needs, so that I’m only looking at articles not at radio, TV, or mobile devices, all which require their own approaches to meet audience expectations.

Let’s take Quartz, for example. Its Kevin Delaney mentioned that its more in-depth and analytical features usually consist of at least 1,200 words, and articles less than 500, while newspaper reportage usually falls in the 500-800 words length. He continued to describe the publication’s way to handle story length as u-shaped curve, which basically says, that social media success is more likely for really long stories or really short ones. Does that make sense? 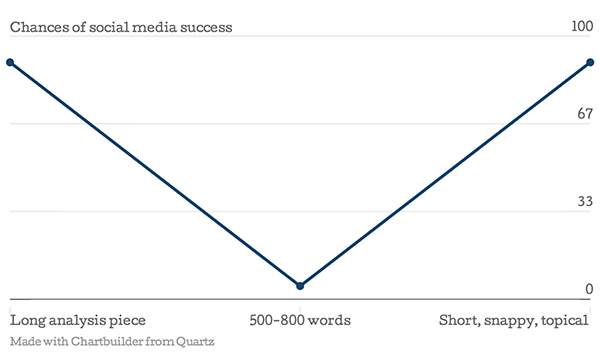 Let’s try to make sense of Quartz’s findings looking closer at the relationship between long-form articles and social engagement, starting with search traffic first. The positive relationship between content length and ranking in search results are no longer disputed. It’s been well known for years now. SerpIQ conducted a study in 2011 and was able to show, that on average the top ten search engine results were all long-form, and the top five even above 2,300 words. They also discovered that content length decreased the lower the rank was on the search result pages. 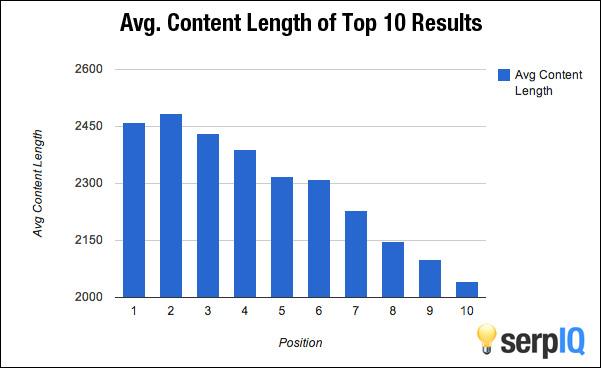 That’s not a surprise. It’s a matter of fact, that longer pieces, if of high quality, usually invite more people to refer to them as a reference source. Since Google has been rewarding external links as kind of a indicator for content quality right from the beginning of its history of indexing, each link also counts towards the ranking of an article, finally leading to a higher position on search engine result pages, or SERP.

Evergreen content seems to be one of the content formats more likely to profit from Google’s ranking criteria. Evergreen content is a content format, which is “considered sustainable and lasting,” also content, which “continues to be relevant long past its publication.” Not only that this kind of content gets written once, and can be consumed by more readers over time, it can also be re-run and should be kept up-to-date as Sujan Patel argued in an article on searchenginejournal.com.

But not only evergreen content, also video content seem to work pretty well, if it’s longer than 10 minutes. As Ooyala found out, smaller screens are no inhibitor of longer videos. Still 49 per cent watch videos longer than 10 minutes and 33 per cent videos below three minutes. Looks like a further proof of the u-shaped social success curve Quartz was referring to. 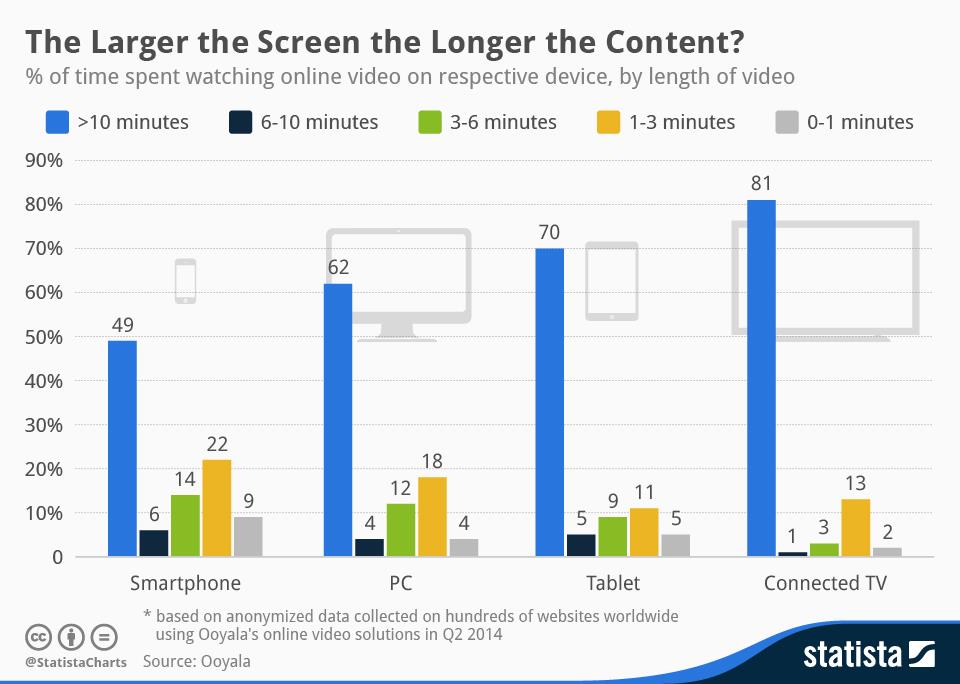 So how does long-form content of other well-known publishers perform on social? From a study of SimilarWeb we have already some insights about how social drives sites’ overall traffic. We also know how much Facebook, Twitter, Reddit, Stumbleupon and others are contributing to traffic gains of leading news sites in the US. 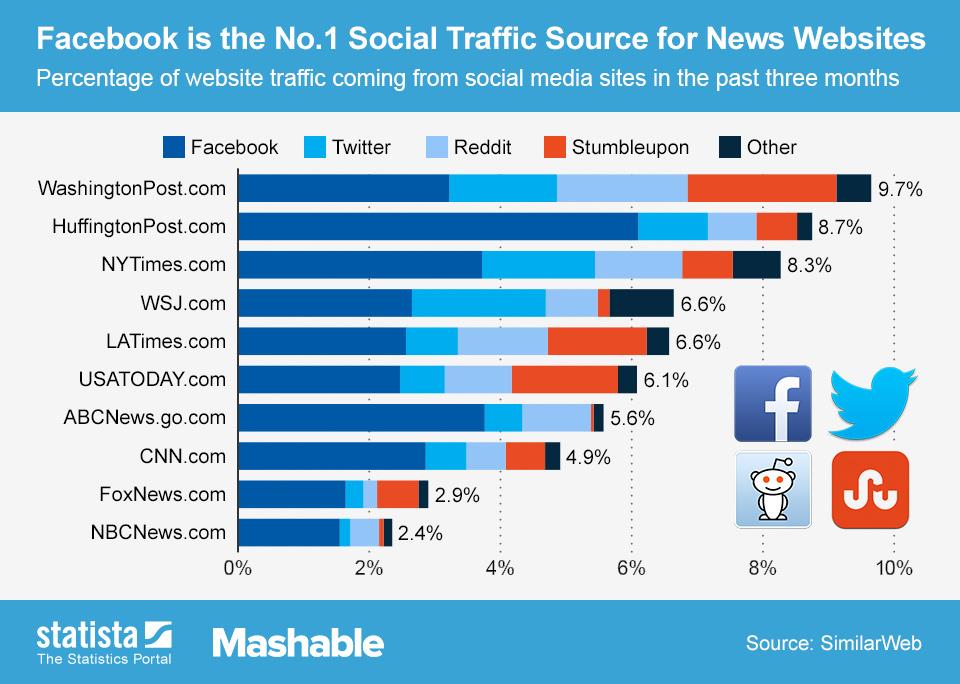 What hasn’t been answered so far is the impact of content length on social shares. That’s why based on own data on how people share content, we analysed content from ZEIT Online, New York Times, and the Wall Street Journal to evaluate the relationship between content length and social engagement (see the charts below). In short: we were able to identify the same pattern in all cases. Long-form content contributed significantly to total shares of the sites.

My recommendation: invest in long-form content and take a look if evergreen content fits to your brand and in case of video try both: longer video formats as much as short clips. 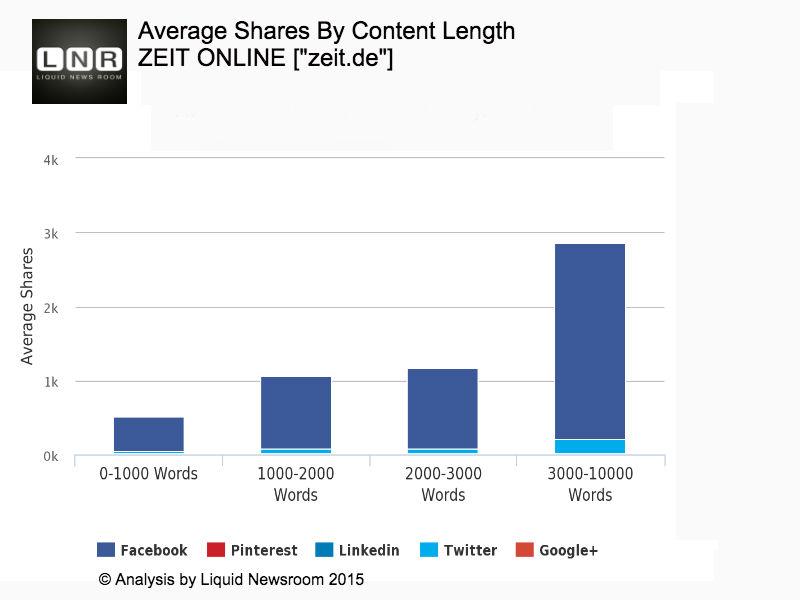 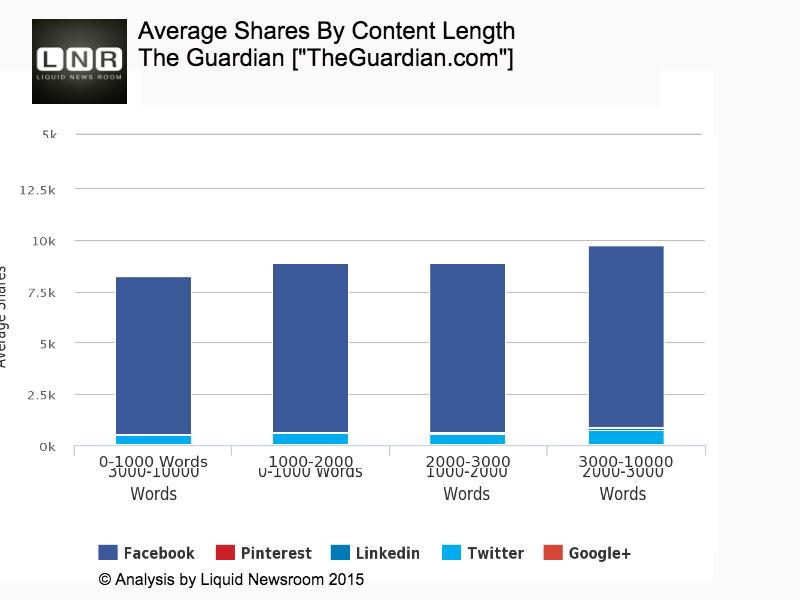 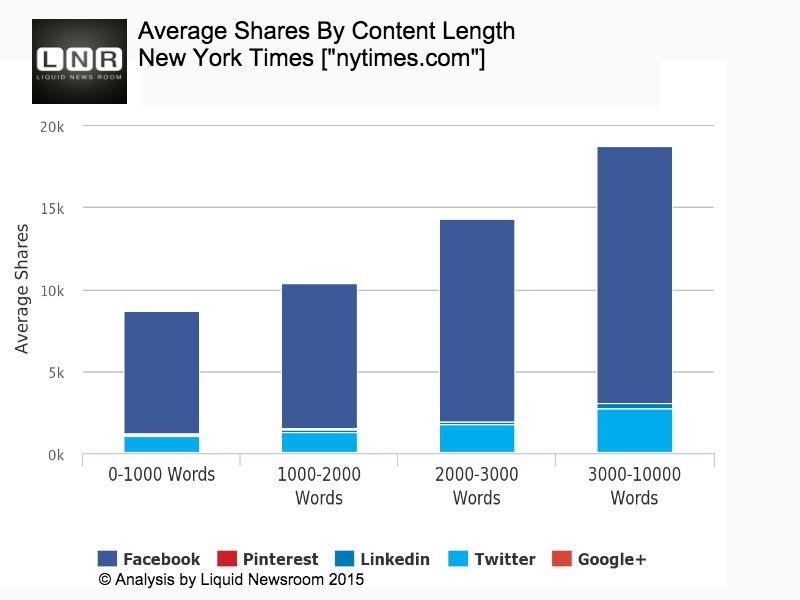 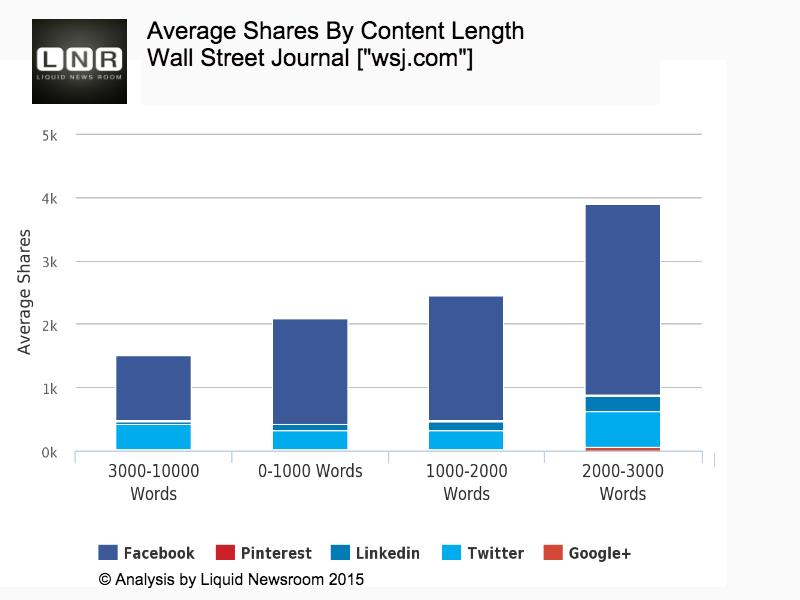 Why the shortform vs. longform debate is no longer necessary