And as if on cue, Forbes announced on 7 March of “an all-new mobile web experience for Forbes.com that has a similar look and feel to Snapchat stories. The new mobile experience was developed as a PWA – a technology that is championed by Google.

Above: Forbes’ PWA screenshot, as featured in the Innovation in Magazine Media 2017-2018 World Report

“By adhering to the PWA guidelines, the site offers an improved user experience that includes faster load times, app-like navigation and highly visual content. Furthermore, readers on Android devices will enjoy enhanced capabilities such as off-line reading and push notifications,” the publisher said.

One problem with native apps, writes John in the 2017/18 Innovation Report, is the cost to build. Another (among a long list he discusses in the report) is that there are so many of them – approximately 5 million in the Apple and Google Play stores.

“For most magazine media companies, the app boom, if it ever happened, is over,” writes John. In short: It’s too late, too difficult and too expensive to break through.

In contrast, there are several reasons why PWAs could well be in the ascendancy very soon as primary interface between mobile users and content websites. They include:

3. Connectivity independent: they work on- and offline

5. No app store submissions, initially or for updates

11. Automatic prompt to install the app

In conclusion, writes John in the Innovation Report (find out here how you can get a copy), “a PWA is one of those no-brainers that come along once in a blue moon. If you already have one or more native apps, maintain them, but build PWAs to capture the top-of-the-funnel users and convert them to the native app. If you don’t have a native app, go straight to building a PWA. You won’t regret it.” 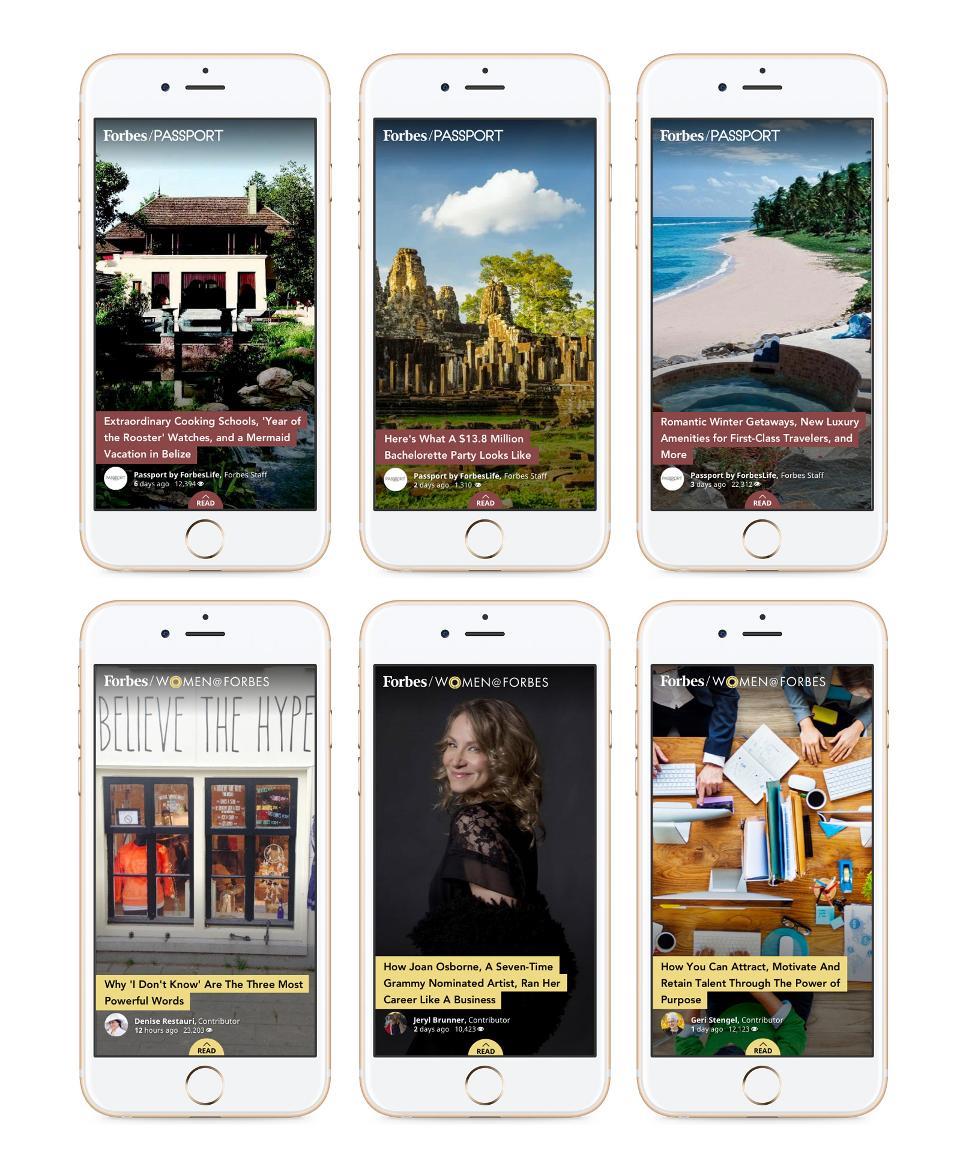 Above: Forbes’ PWA screenshot, as featured in the Innovation in Magazine Media 2017-2018 World Report

Forbes Media’s chief product officer Lewis D’Vorkin writes about the launch of the new mobile web experience for Forbes.com in this post, including about how users with specific interests will be able to install subject-based PWAs on their mobile home screens, and what that means for marketers. Here is some of what he writes:

“First, let’s get the technology out of the way,” D’Vorkin writes. “We spent months implementing best practices for mobile page performance across both iOS and Android phones. An m.forbes.com web page completely loads in 0.8 seconds, considerably faster than nearly all other sites and lightning fast compared to our current mobile site. In geek speak, our new mobile site is also a Progressive Web App meaning it meets certain Google specifications and can be installed on Android phones faster than native apps on iPhones. The PWA is also tied to Google AMP pages, but that’s inside tech for coders only. Our new mobile site looks and feels app-like (on both iOS and Android phones), with gesture-based navigation and much more. When installed on Android phones, consumers can get push alerts and other app-familiar features.”

“With speed comes the fun stuff — highly visual, beautiful and engaging consumer experiences. As the months unfold, mobile visitors to m.forbes.com will find our version of what they might see on Snapchat or Instagram — that is, streams of related content. For our newsroom, the new mobile platform will mean exciting new storytelling formats (we call them cards) and new ways for journalists to communicate with news enthusiasts. As one of our senior mobile producers puts it: “cards create stories that populate content streams.”

“The business opportunities are equally compelling,” writes D’Vorkin. “Fifty million people visit the current Forbes.com every month. Obviously, they have varied interests. The PWA technological framework enables us to better serve audience segments — and attract marketers in those segments. All our content will always be part of the larger FORBES web site. Consumers with specific interests will now be able to install subject-specific PWAs on their mobile home screens, yet still have the ability to jump to all our content… Marketers can join the experience, too, through sponsorship, native content or display ads and reach consumers who self-selected such interests.”

Innovation ‘how to’ report gives the lowdown on chatbots

New Innovation Report: Why you need to think about ‘precision content’