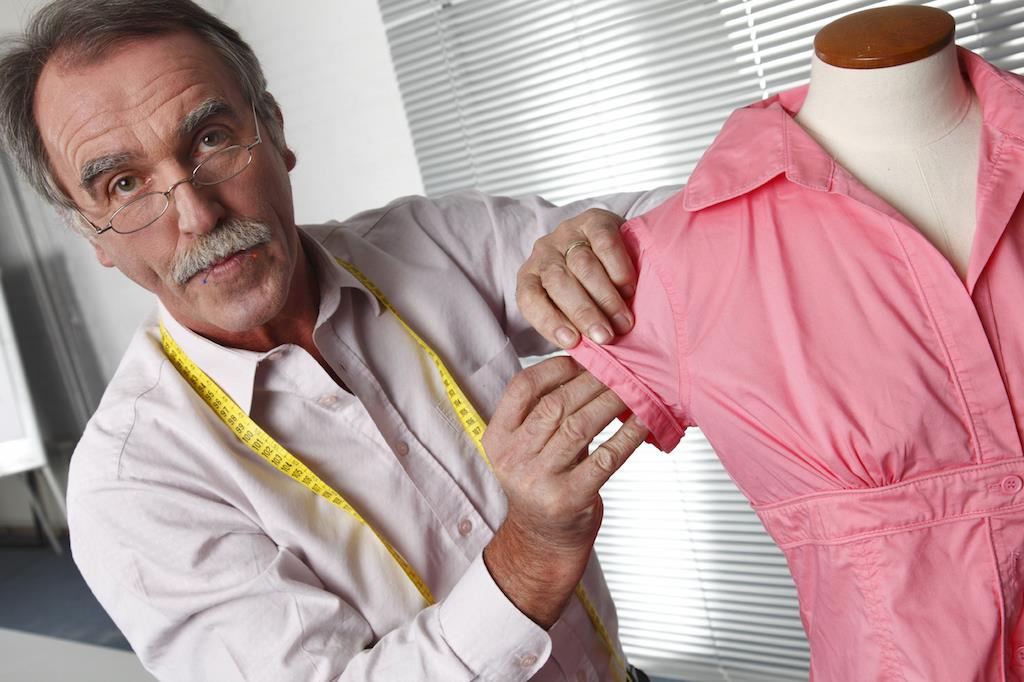 Let’s say you have a team of gifted seamstresses who sew lovely dresses that sell for a decent profit. But, even though they are also experts at sewing elegant gowns that could sell for much more than the dresses, you never let them sew any gowns.

That would be madness, right? An insane waste of valuable, profitable resources and the loss of a lucrative revenue source.

Well, don’t look in any mirrors, but most publishers are doing exactly that with their editorial resources when it comes to branded content and native advertising.

Story-telling, a magazine’s stock in trade, is what your writers and editors do best, and it’s what advertisers are clamouring for in the rush to do content marketing and native advertising.

But too many magazine publishers either don’t offer content marketing services and native ad placement, or they allow the advertisers, ad agencies, and PR firms to write the native ad content. The results are largely predictable: boring, pushy, sales-oriented pitches unrelated to the content around the ads. Those types of native ads only irritate readers, making them far less likely to click on another native ad ever again.

Publishers could solve this problem tomorrow.

Identify an experienced, entrepreneurial, imaginative editorial staffer who understands your editorial culture and who can also communicate well with the sales side. Pull him or her out of the editorial department with the challenge to start your content marketing/native advertising studio. Pair that person with an equally energetic, innovative sales person, give them six months, a lot of freedom, financial incentives, and cut them loose.

Six years ago, BuzzFeed pulled a recent intern-turned-creative-strategist out of her job and gave her that same challenge. Today, Melissa Rosenthal is the vice president of creative services supervising 70 people in their branded content division that delivered more than US$100m in native revenue last year.

But before we continue, let’s get one thing out of the way. With all due respect to critics like HBO’s John Oliver and Andrew Sullivan, the battle over native advertising is over. It’s not going away; as a matter of fact, it’s growing like topsy. BI Intelligence and the Interactive Advertising Bureau (IAB) recently projected that native advertising revenues in the USA alone will hit $21bn by 2018 — quadruple native ad revenues in 2013.

Also, when native ads are done right, they work phenomenally well. The poster child for premium native advertising was the New York Times T Brand Studio’s campaign for the Netflix series “Orange Is the New Black”. The interactive piece was so popular it became one of the top 1,000 stories on the NYT site in 2014. 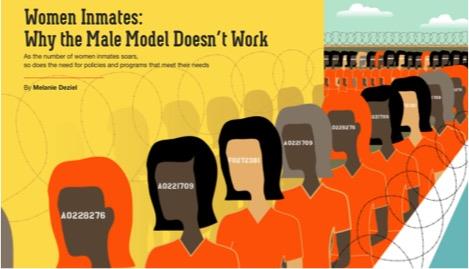 Above: The New York Times T Brand Studio’s branded content campaign for the Netflix series “Orange Is the New Black” was so popular it was in the top 1,000 stories of 2014. (NYT photo)

A study of the T Brand Studio’s success illustrates why you should create your own team to write your own native content for clients.

In a NYT/Chartbeat study, content created by the T Brand studio:

• Exceeded advertiser-produced content by 632 per cent on Google visits

• Some high-performing T Brand Studio posts received enough traffic to generate as much engagement as some editorial content on NYTimes.com

• When compared to The Chartbeat 100K (the 100 largest sites Chartbeat measures), half of the Paid Posts produced by T Brand Studio over-indexed editorial content on these sites

So how do you begin to get those kind of results?

While some magazine media companies (Condé Nast, Dennis Publishing, Rant) use their editorial staffs to create native advertising content, we at Innovation Media Consulting do not recommend that. It might be quicker and easier, but that approach is fraught with peril in terms of your brand’s reputation for integrity and independence. You can achieve the same high quality, brand-consistent writing by moving one or more existing editorial staffers to an independent native “studio” that consults with the editorial side, but is not part of it.

The Atlantic Media’s Re-think sponsored content team produces imaginative, engaging content like “The Art of the Thrill” for Porsche.  The content team used wearable technology, cutting-edge data analytics, and digital artistry to answer the question: What does the thrill of driving a high-end Porsche around a serpentine race track look like? “To us, native is not a format. It’s a sensibility,” Sam Rosen, VP of marketing for The Atlantic, told Contently. “It’s saying the content we produce will produce the sensibility of The Atlantic, but it won’t get close to confusing readers that it is editorial.” Other Re-think clients include Netflix, Chevron and Lincoln. 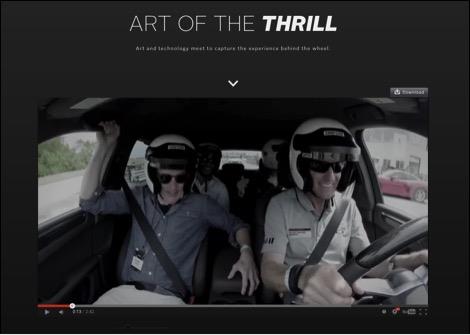 Above: Atlantic Media’s Re:think branded content studio produces high-quality content for clients, including this piece for Porsche trying to capture “The Art of the Thrill” using data analytics and digital artistry to paint a picture of human reactions in response to driving at high speeds around a race course. (Screen grab)

It’s working quite well for Atlantic Media. More than 60 per cent of the company’s 2014 digital advertising revenue was a result of the Re:think team’s work, according to Atlantic Media.

The BBC’s commercial division, BBC Worldwide, recently restructured to create a single, overarching department focused on building content marketing partnerships with brands. Called StoryWorks, it is structured like an in-house creative agency, with existing resources from the advertising side as well as former journalists. Like so many other major media content marketing units, StoryWorks is headed by former journalist Richard Pattison, senior vice president of content.

Putting a journalist like Pattison in charge of StoryWorks confirms the BBC’s goal of bringing newsroom values to commercial brand partnerships, which already deliver more than a third of the BBC’s overall revenue.

Marketers are increasingly demanding new ways of working with the BBC to “tell their stories” other than traditional advertising alone, BBC executive vice president of Advertising Carolyn Gibson told The Drum. “We are creating our own creative agency but with newsroom values embedded into it … The fact it is being led by Richard does help bring those teams (advertising and editorial) together, and is about applying those journalism skills to partnered content. It’s about drawing out what makes a good story – brands need a lot of support with that.”

After a success with its first branded content experiment in early 2014, The New York Times realised it needed a leader to move the effort forward and maintain editorial integrity. 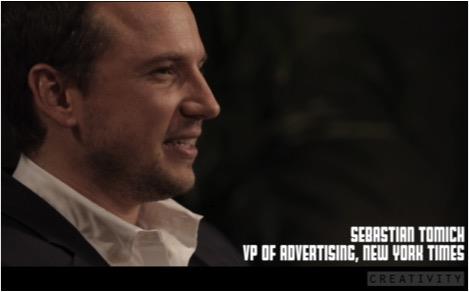 Above: “In the world of content creation, I feel like publishers have a leg up,” Sebastian Tomich, NYT vp of advertising, told Ken Doctor writing for CapitalNewYork. The Times is taking advantage of the strengths of legacy publishers: brand authority and editorial talent: “About 3 weeks in … we decided that talent would be our differentiator,” Tomich said. (Contently screen grab)

“We were happy with it,” Sebastian Tomich, NYT vp of advertising, told Digiday. “But once we proved we could get the platform right, we wanted to look at how we could up our game with the content.” So the Times turned to former Businessweek editor Adam Aston, a respected journalist who had written similar kinds of stories as well as ghost-written content for the likes of IBM and SAP.

“Adam had a blend of editorial content and a modest pride that can handle a client’s criticism,” Tomich told Digiday. “Not all of them have a thick skin.” Aston then hired two more former journalists, one from the Huffington Post’s branded content studio and a video producer from AOL.

“In the world of content creation, I feel like publishers have a leg up,” Tomich told Ken Doctor writing for CapitalNewYork. The Times is taking advantage of the strengths of legacy publishers: brand authority and editorial talent: “About 3 weeks in … we decided that talent would be our differentiator,” Tomich told Doctor.

The Studio now has 40 employees (up from just ten in 2014), including designers, technologists, project managers, content strategists and social media experts. Together, the team approaches every sponsored content client from the same viewpoint: “Our first goal is to frame up a good story,” Aston told Digiday.

“If we’re going to take away a conclusion, it’s that content produced by people who are experienced at it—who think about both venue and audience—is content that’s more likely to engage,” Chartbeat’s chief data scientist Josh Schwartz told Contently.

At BuzzFeed, where they use nothing but native to bring in more than US$100 million,  the content marketing team has grown to 70 staffers from just one in 2010.  “We made a conscious decision a long time ago not to contract out creative, the reason being that it takes a lot to understand the BuzzFeed tone,” BuzzFeed vice president of creative services Melissa Rosenthal told Contently. She moved from being an intern there in 2009 to being a creative strategist and then single-handedly started the creative services department. While early creative team staffers came from within, new staffers are trained in BuzzFeed style and what readers expect of the site to enable them to create branded content for clients that fits in the BuzzFeed culture.

Publishers no longer just selling space but creative, too

Where publishers used to sell space and an audience (broadly defined and weakly measured), they can now also sell creative, which is one of magazine media’s greatest strengths. 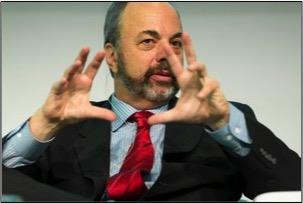 Above: “So, now publishers try to expand beyond mere space-selling – which is under lots of market pressure – to the creative business.” Ken Doctor wrote for CapitalNewYork. (WAN-IFRA photo)

“What’s changed, of course, is that publishers have moved into the creative,” wrote media consultant Ken Doctor on CapitalNewYork. “They were given an opening as the storytelling potential of real interactive media became apparent in the iPad/iPhone era. So, now publishers try to expand beyond mere space-selling – which is under lots of market pressure – to the creative business.”

Where early native ad contents were mostly one-offs, appearing on the publisher’s site and nowhere else, we are now leveraging that creativity by publishing those same highly produced pieces in many other places. From the clients’ own sites and social media outlets, to publisher sites on Facebook’s Instant Articles, Apple News, and Snapchat’s Discover, the exposure of branded content is multiplied many times, making the cost of production much more efficient.

Branded content services should be a profit centre from the beginning. That should be the attitude of the first few people in the new “studio.” And they should be incentivised to make it happen.

One revenue avenue is to approach clients who’ve never advertised with the media company, a new source of income that companies like The Times have mined to great effect. “It [branded content] is absolutely bringing in new advertisers, absolutely incremental,” Sebastian Tomich, NYT vp of advertising told Doctor.

“There will be a market requirement for publishers in the future if you are going to have a direct relationship with advertisers,” Tomich said. “By the end of next year every [national] publisher will have a studio.”

So, what are you waiting for? Look around your editorial department and find the future.

The future of native advertising