According to Athan Stephanopoulous, the president at NowThis, shared insights and how his platform approached news. NowThis offers video news for young Millennials. Stephanopoulous outlined what the company had learned, what social channels were important to them, and how they maintain their brand and keep and grow their audience.

NowThis sits in the intersection of social media, mobile and video. It is the largest news organisation on the social web, Stephanopoulous said. It has 2.6 million video views a month and an audience of 20 million on social media. Seventy-five per cent of their audience is under 35. 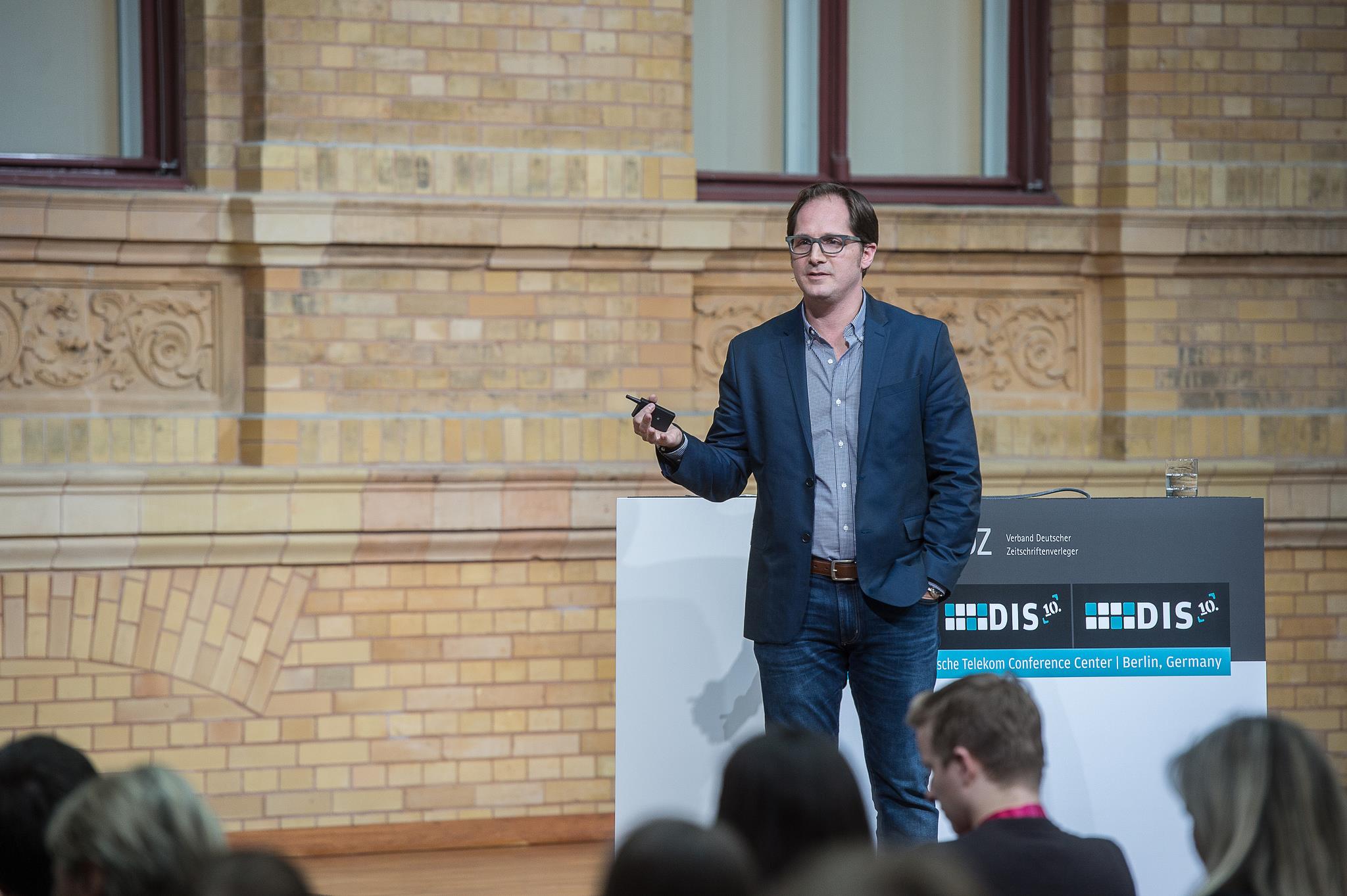 “Virality isn’t a strategy,” he said. “Chasing viral hits is a race to the bottom. Virality is outcome of good strategy and content. We try to understand why content performs well or not.”

It is by adhering to best practices by platform that NowThis is successful with its content. “Platforms own the distribution, they are the pipes, but brands own hearts and minds. It’s about using insights from the platforms you’re on, and investing in other technologies you’re using.”

US-based Hearken is taking a different route. The platform partners with audiences to take storytelling to a new level, according to Jennifer Brandel, CEO and co-founder of Hearken. “There is a way to know before you report stories, whether your stories are going to be valuable to your audiences,” she said. “You don’t have to guess.”

It requires putting the public first instead of last, a concept Brandel called a public-powered story cycle. “Start with your audience questions. What are they looking for, how you can answer for them?” she asked.

Everyone is curious, she said. “A question is a story assignment in disguise. The public have incredible questions.”

When publishers share the power of asking their audience, they get more diverse perspectives. By bringing the public in as quickly as possible, allowing the public to be present with them through the storytelling process, it is valuable before publishers report news. This public-powered story cycle does not give up editorial control. Publishers retain that, but sharing the power with people. Hearken-powered stories are about creating a new story type – current stories out there are press initiated or reactive – this allows the public to have a seat at the table.

The challenge with public-powered stories, according to Brandel, is having journalists think differently, from a transactional mindset to looking at audiences from in a relational mindset. What can we do for them?  The model has been successful, Brandel said, as value follows.

This model empowers the public to make change in their communities. For journalists, they earn trust, the process becomes transparent, and the public sees them as real people.

Instead of opening up the process to audiences, CNN has a goal of becoming part of their news habits. CNN is trying to involve their viewers and users across social platforms, using messaging apps and chatbots. They want audiences, wherever they live in the social ecosystem, to visit CNN. 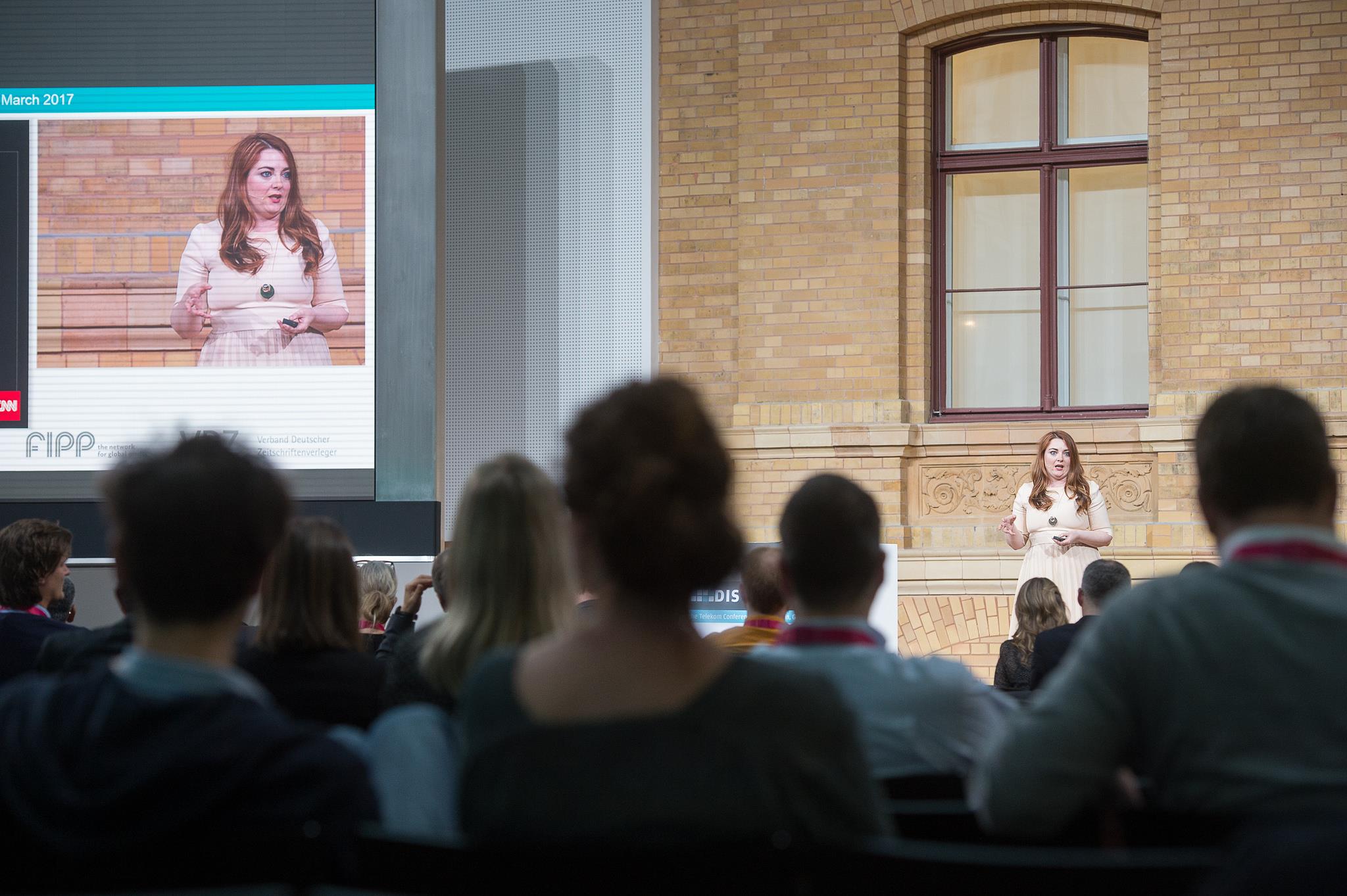 “We had to change our metric of  success,” explained  Samantha Barry, executive producer of Social and Emerging Media director at CNN. “We changed it into this statement, to create this news habit across platforms.”

News habits have been disrupted by mobile in a way that has been accellerated in the last few years, Barry said. To combat this disruption, CNN publishes on a variety of platforms. Last year, it launched on Line in March, in April on Facebook Messenger, and in Kik on July, “sending people the news one message at a time,” Barry said.

For example, during the recent US presidential election, CNN engaged with 100 million people on Facebook content, and 40 million watched video on Facebook that day,” Barry said. “We also experimented with VR and 360 video. We streamed these events on VR for people in countries around the world.”

During the run up to the election, CNN played a lot on messaging apps, launched Kik for the conventions in the US, targeting a younger Millennial audience with a different type of storytelling altogether: “We did it with stickers and emojis,” she said.

The Summit presentations highlighted a couple of lessons: publishers need to think about news habits and going after new audiences. As platforms are constantly evolving, publishers must pick platforms to innovate with, and they mustn’t be afraid to embrace new technologies.