However, according to research by YouGov, almost 60 percent of respondents between 18 and 34 years of age, also referred to as millennials, would advise businesses to tone down the use of emojis. Especially the young have precision radars that start going off, whenever somebody is trying to fake it by sucking up to their informal ways of communicating.

Then again, in the age bracket from 50 to 65 years even slightly more people feel the same way. Here it could be the cases, that they just think it’s silly using those funny faces and icons. The take-away lesson probably amounts to this: communicate in a way that corresponds with your overall brand image and don’t try to appear fresh by using smiley faces.

By the way: Does anybody actually remember where the smiley face originated, from which all modern day emojis are derived? (Simple icon with a complicated heritage) 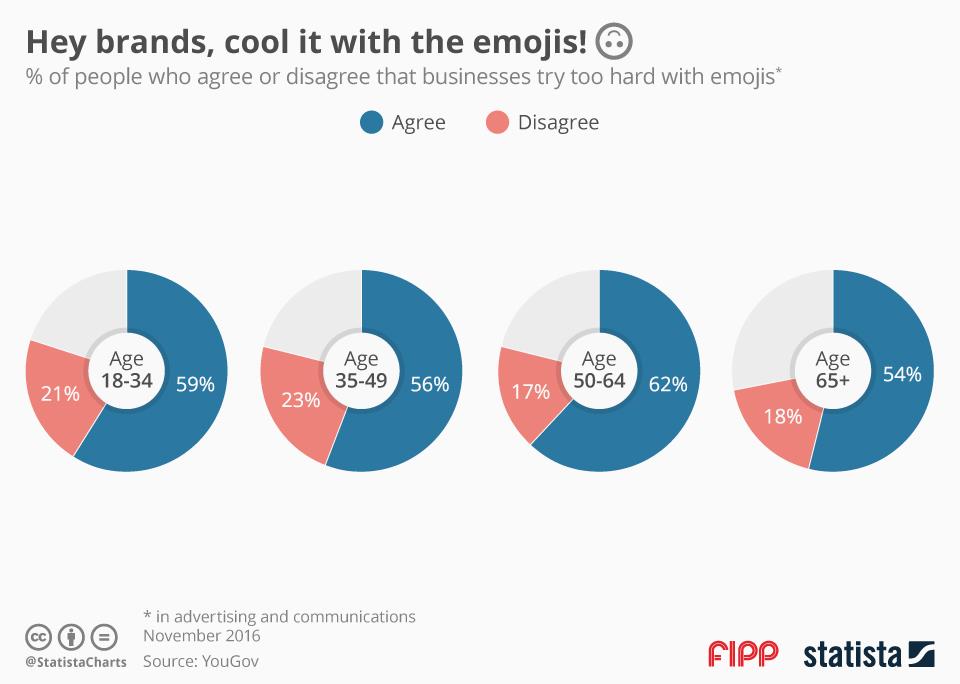 Five charts that explain the power of mobile native video

Chart of the week: Content is king when it comes to SEO

Chart of the week: Search and social squeeze publishers out of referral game