Facebook has released figures for the first quarter of 2017. The social network was able to add to its active users (MAU) portfolio by around 17 per cent compared to last year and now boasts 1.94 billion MAU worldwide.

When comparing the figures to other social media outlets it becomes clear that Facebook’s closest competitors aren’t really challengers to the throne. WhatsApp and Facebook Messenger are enjoyed by round about 1.2 billion users worldwide but belong to Facebook Inc.

Facebook’s closest outside competitor is called Tencent and is one of China’s biggest publically traded tech companies. Its subsidiaries QQ, WeChat and Qzone count around 2.4 billion monthly active users. Facebook is barred from operating in China’s vast market for political reasons. Then again, WhatsApp still works in China. 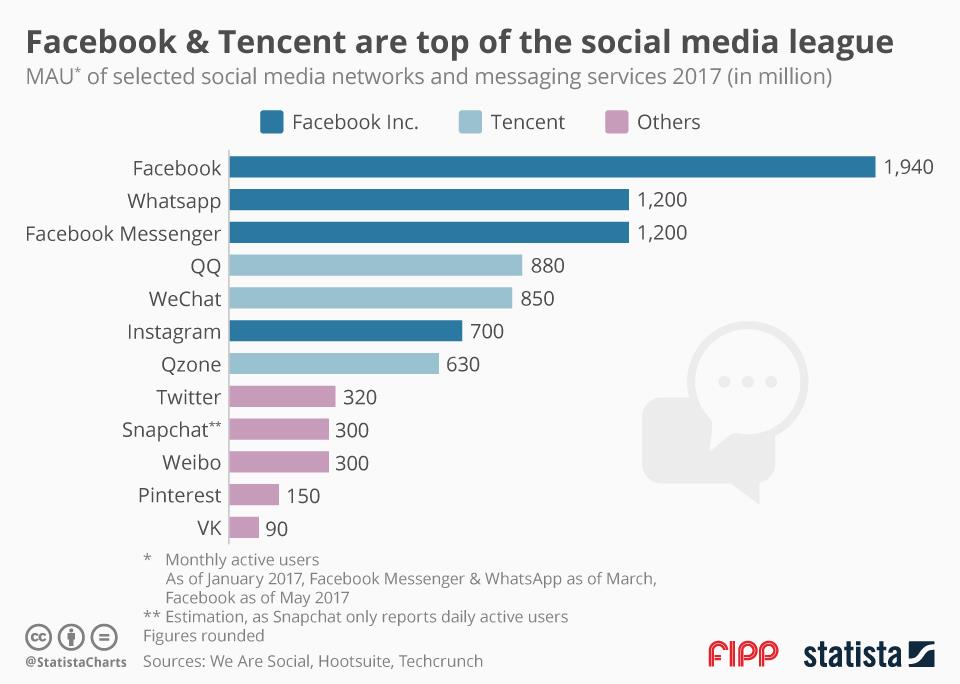 Chart of the week: What’s growth going to look like in the digital arena?

Chart of the week: Native vs. networked on social platforms