The United States advertising market is huge, standing at roughly $229 billion dollars. Much of that size is now bolstered by digital ad spends. According to forecasts from PwC and IAB, digital ad spending surpassed traditional channels this year in the United States, hitting the $100 billion mark for the first time ever. Zenith predicts that growth in ad spending this year will move to 5 percent from their initial estimate of 2.9 per cent.

Overall global online ad spending is expected to expand at a robust clip, with forecasts placing growth at around 4.7 per cent. Much of that global development is estimated to come from online video and social media, which is set to grow by 19 and 14 per cent respectively by 2021. 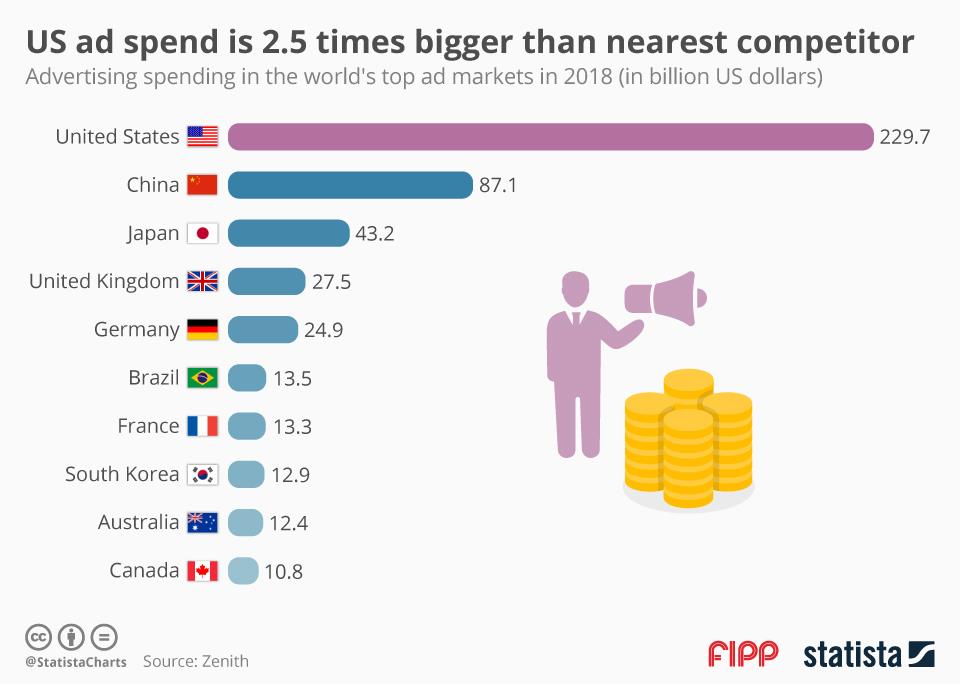