Successful ones establish a corporate culture that rewards experimentation and innovation. But, for some media companies, there are cultural, cognitive, organisational and technological barriers to innovation according to experts.

Blocks or barriers to innovation can be huge challenges to overcome, according to John Wilpers, US senior director at Innovation Media Consulting.

For those in ink-soaked legacy newsrooms, the problem is embedded in the print-centric culture.

“You have print people running a print-digital operation and they generally focus on print first and digital is an afterthought,” Wilpers said. “Anything that’s an afterthought isn’t going to be innovative. At best, a tolerated hassle.”

To turn this cultural block on its head, Wilpers said editors and journalists need to plan stories, not platforms, to focus on the story elements and the audience, and publish them when they’re ready.

“So, you say, what’s the big story today and how are we going to tell it? So, if you’re at all aware of digital, you’d say, well, this is something we should do a video, a slideshow, we should start tweeting about it, we should aim for a big piece that will run in the magazine, but will have more immediate things between now and when the magazine comes out.”

In any newsroom or magazine office, cognitive blocks can also hold the innovation process back. Journalists’ attitudes, loyalty to the old model, and engrained definitions of what journalism should be, can be an impediment for media companies looking to innovate.

The other part to this block is that journalists can be resistant to change. Journalists may be resistant to and fearful of change, but such is the magnitude of digital transformation from print-centric culture to digital powerhouses, that professional identities and practices change. Resistance among journalists isn’t a lack of training, rather a response Wilpers frames as: “I already have too much to do, how can I possibly add something big and new when I don’t have enough hours in the day to do my current job?”

It’s a manager’s responsibility to provide an open path for staff to realise that management isn’t trying to over-work them, and agree to participate in the innovation process. “You have to rewrite job descriptions to account for the expectations of the multimedia, digital world,” Wilpers explained. “And once you free them from the onerous job, the burden of the past, you can legally expect them to fulfil the new job description. Until you’ve freed up their time, and write that new job description, they have every leg to stand on in fighting you.”

In a recent study investigating how media dealt with change, academics from the University of Iowa and City University London discovered that while journalists readily accepted technological innovation, they did not respond so warmly to cultural changes.

The 2015 study, “Making Change: Diffusion of Technological, Relational, and Cultural Innovation in the Newsroom,” was published in Journalism and Mass Communication. It focused on a single mid-sized Mid-Western newsroom as a case study and surveyed and interviewed staff about technological, relational and cultural changes.  “Part of it, for some of the journalists – and there is other research on this as well – is sometimes there’s an interest in doing some of these new things especially from a technological standpoint, like adding new storytelling or social media tools into the workflow, but journalists often feel like they don’t have the time or the training to really do them,” said Brian Ekdale, an assistant professor at the University of Iowa’s school of journalism and communication and one of the study’s authors. “One of the questions in our survey was ‘the company has given me the training I need to work with digital media technologies,’ and our answers were split pretty 50/50 between those who thought the company had done a good job and those who didn’t feel they had the proper training.” One of the challenges in implementing innovation and change in media organisations is how well the innovations fit within existing values and norms. In his case study, Ekdale et al., found that cultural feelings about journalism, and what journalism should be, were ingrained. 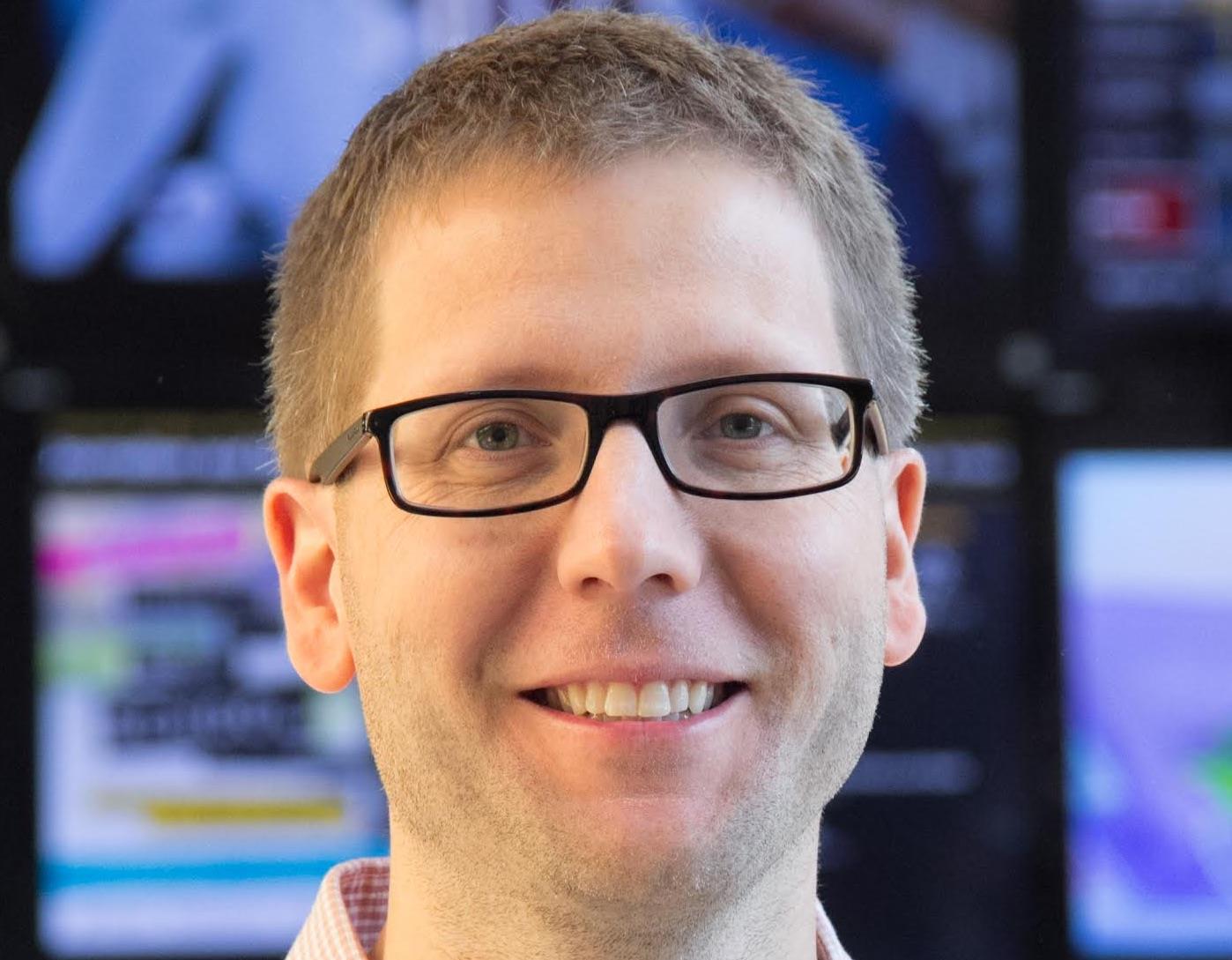 The study also found that poor communication was an impediment to adoption of innovation. “In our particular case, we got the sense, and the data showed this as well, that a lot of the ideas that were coming from the leadership were not communicated adequately from the standpoint of a number of people who worked in the newsroom,” Ekdale said. “They would say, ‘I don’t understand what we’re trying to do.’”

Another cultural block that organisations may encounter while embarking on innovation is structure and silos. Silos can create problems; the rigid structures prevent flow of information or decision making. Innovation requires publishing companies to have flexible, nimble teams of employees, and these days, that includes those at the top.

Wilpers encountered a classic example of a silo while on a recent project in India. “There was an excavation going on and they found a buried elephant statue,” he recalled. “It was a big deal, but one of the smaller magazines didn’t have a photographer and the other magazines in the company wouldn’t let their photographers cover the event. And, I was sitting there while the publisher was going, ‘look, God dammit, go cover this!’ but the silos were solid.”

Companies must overcome this cultural block to succeed in innovating. “You have to break down the editorial team to serve audiences, not brands,” Wilpers said. “If story planning is happening with a collection of reporters who are available to attack different angles, then you have a chance of doing some really good journalism.”

Workflow and process is often cited as another cultural block or barrier that must be overcome to succeed. Wilpers suggests workflow must be sped up. Oftentimes, if a reporter hears that something is happening, it’s hard to get that item on the publication’s website immediately, between being on the phone doing interviews and writing, the consultant illustrated.

“We set up radar and echo desks,” Wilpers said. “A radar desk is a desk that monitors the Internet for keywords and topics that the publications are interested in. The radar desk is designed to keep an eye on everything you care about then if something happens, they tell you and ask you if you’re busy, do you want me to post this? And within a minute, something is online.”

The workflow itself must be sped up. Workflows steeped in tradition, with afternoon siestas or hour-and-a-half morning story meetings, are barriers to becoming a nimble organisation, flexible and able to pivot on a moment’s notice. The process has to evolve to moving content through the CMS in a series of ongoing deadlines.

“Deadlines are constant,” Wilpers said, adding, “There is still a print deadline, and there can be prime time deadlines, because what publications don’t do, is look at when their readers come to them. What we found, is that magazines are all publishing content around 4 p.m., because they’re used to print deadlines. The workflows have to be constant.”

Internal blocks to innovation and change may also be technological. Technology changes rapidly and publishers are being asked to keep up and deliver. “Part of the problem with every newsroom we run into, is that they’re being asked to create digital video and content with no equipment. At some point, the publisher just has to suck it up and buy iPhones so they can shoot video and shoot photos and communicate from the field, and if necessary, have them passed around,” Wilpers said.

The final block or barrier to innovation is leadership. If those at the top are not committed to the process, the entire process fails. “If publishing executives do not commit to and model culture change and innovation, no one will take any of his or her pronouncements about innovation seriously,” Wilpers et al. wrote in the Innovation in Magazine Media 2016-2017 Report.

For example, in a recent project in New York, Wilpers said he encountered a publisher who never stepped foot into the editorial department. To change this, he set the publisher on a mission.

“Every day your editor in chief is going to send you a story, tell you who the person is, why it’s good, and you’re going to walk through the newsroom, find them and tell them,” the Innovation Media consultant explained to the publisher. “If that begins to happen around innovative behaviour, then the staff will begin to see that this isn’t just me being inconvenienced, this truly is a direction the publisher appreciates. But it starts at the top.”

Clever leadership is a huge element underlying the success of organisations like The Guardian, The New York Times, Quartz, Buzzfeed and Vice, Reuters senior research fellow Lucy Küng argued in her 2015 book Innovators in Digital News, and echoed at the 2016 Digital Innovators’ Summit in March in Berlin.

“They seem to be intuitive strategists; they seem to have worked out a credible way forward in these complex markets we’re in,” she explained at the DIS Summit. “And, to my best ability to investigate, they do this intuitively. They had really synthesised themselves where they thought the future lay in these digital markets, and importantly, they had all had tremendous credibility with the culture.”

Why culture matters (now more than ever)