Mostly, governments actively try to curtail the free flow of information which in turn sinks the rankings of countries such as Turkey, China or North Korea. Also, difficult security situations or all-out war in certain states such as Afghanistan, Iraq or Syria bring their respective rankings down. Western countries fair relatively well, although you might expect the US and UK to do better.

RSF ranks 180 countries by a range of criteria such as pluralism, media independence, media environment and self-censorship, legislative environment, transparency, infrastructure, and abuses. 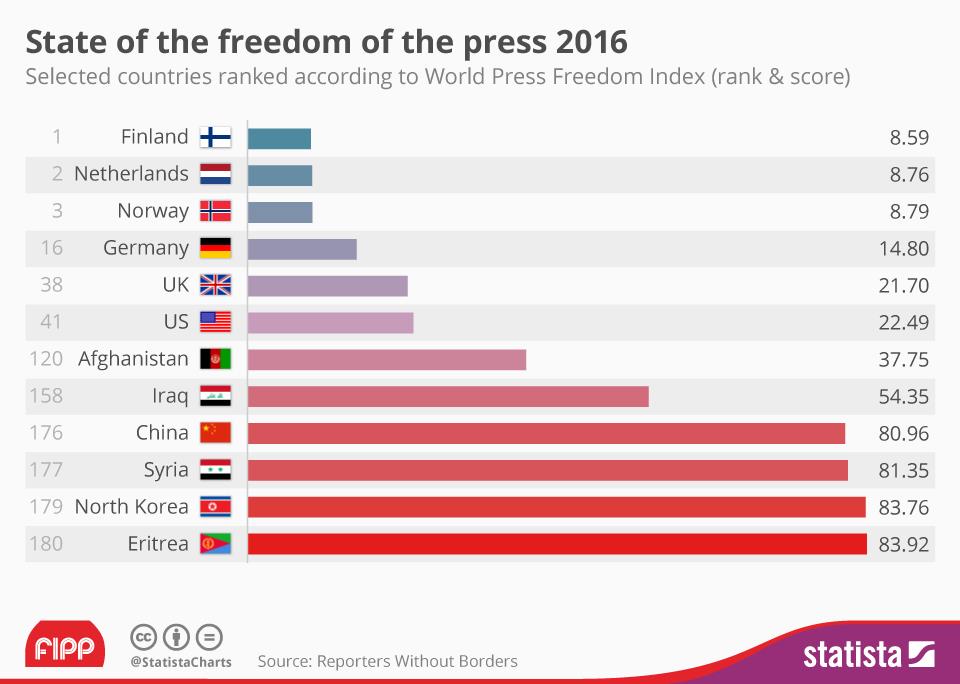 Chart of the week: $7.2bn will be lost in money spent on online ads this year

Chart of the week: Social media apps are leading the pack

Chart of the week: How Twitter matters to news sites