‘Friend or foe?’ was once the question asked about Twitter by traditional media owners. Particularly within the news sector, there was suspicion about a channel that could break the news in real time, peer to peer, and without the need to provide a click-thru to websites for further information. But times change, and Twitter has not been without its own issues over the course of its 13 year lifespan, as the Facebook-Google duopoly has taken its toll on every other digital player.

And so fast forward to 2019 and we find a micro-blogging platform offering an array of new partnership opportunities to the traditional media sector. As representatives from Elle and Twitter discuss here, combining the might of premium publisher content with the engagement of social media is an approach that is gaining momentum in the industry.

“I think from Twitter’s perspective we’ve seen that a collaborative approach can be much more beneficial to both ourselves and to publishers,” says Reece Brown, partnerships manager for Twitter. “We’re working a lot more on on-platform monetisation and I think equally gone are the days when publishers were solely using Twitter to send links out. We can see the importance of having quality publishers on our platform, and audiences are coming to us for that content.”

“If you look at the development of Twitter over the past three years, we’ve done a number of things to make the platform more relevant for traditional media players. Something really simple like the rise to 280 characters has made the platform more appealing to journalists, as it allows them to provide more information and context within tweets. Threads also provide that opportunity to provide a longer and more joined-up commentary. Then you look at Moments, the curated section of Twitter that publications can use themselves to put pieces of content together. We’re continuing to work really hard now to collaborate further with publishers, and look for new ways in which we can help them to provide more information and be discovered.”

Natasha Bird, digital editor for Elle magazine highlights that the way in which publishers use Twitter has changed dramatically in recent years, mirroring the wider industry progression from an obsession with traffic figures, towards engagement.

“Publishers and media tech platforms have always had a symbiotic relationship, says Bird. “We rely on each other for content, exposure, and users. In the past our dependency on another business has often seemed scary. Algorithm updates for example, while designed to improve the social experience for users, can often change things for publishers, and mean that you overnight have to begin working twice as hard to chase the same returns. However, this also represents an opportunity, and it has forced the traditional media agency over the years to become better at our jobs, recalibrating and finding new ways to serve audiences.”

“Twitter really now provides us with a new way of reaching an audience. Where once the digital focus for media owners was all about scale and getting eyeballs to our own website, we now realise that scale isn’t absolutely everything. Of course, those numbers will always be important to us, but engagement is now the thing that we’re really interested in. Achieving that becomes about creating the type of content your audiences want to see, for the platforms they’re using.”

Of course, these sorts of collaborative approaches towards social media have been experimented with by the traditional publishing sector before. Notably last year, Facebook changed its algorithm to reduce the prominence of organic publisher content in user’s timelines, fraying an already uneasy truce even further. But in the case of Twitter, one of the things that Bird likes about the platform, is that it offers a favourable revenue share to content producers. 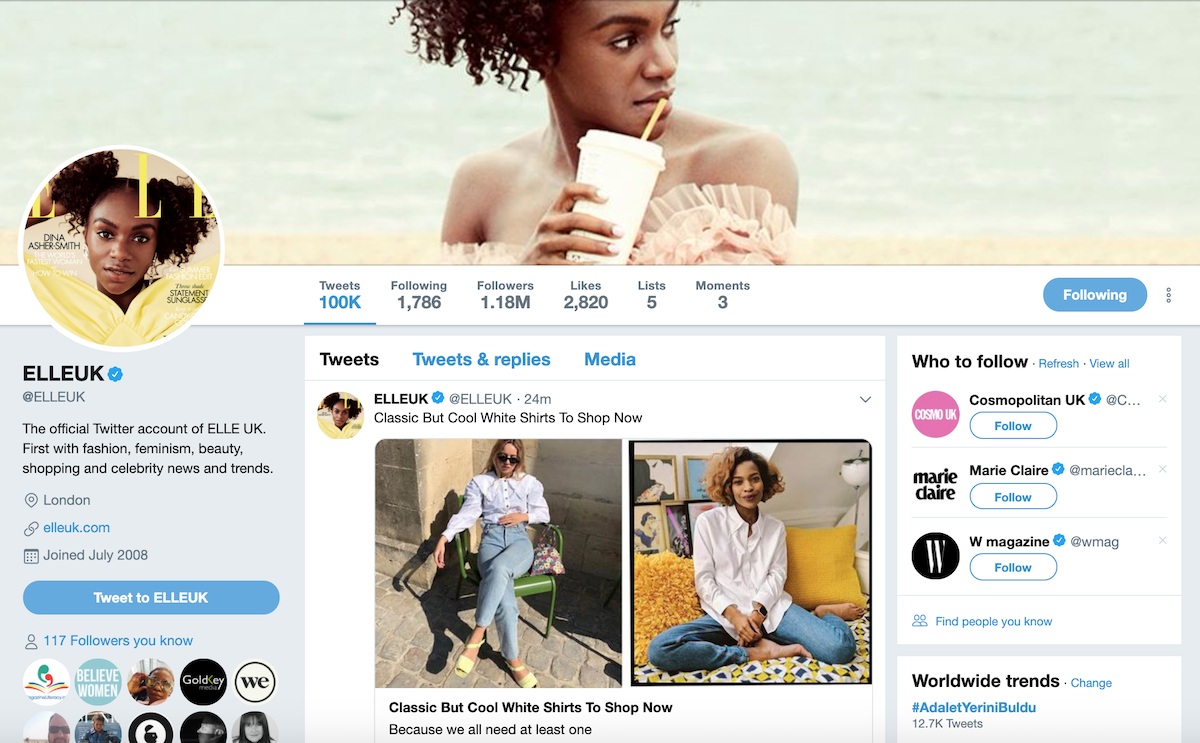 “The Twitter revenue share model is very favourable to the publishers,” says Bird. “And it’s important that Twitter has taken the decision to be so favourable towards publishers in this way, because it reflects the quality and value of quality content. In doing so the platform has made sure that this is truly a collaborative approach, and actually as a consequence we’ve subsequently seen some of our other publishing tech partners following suit – we’ve seen significant increases in revenues from Yahoo! and MSN, and this has proved beneficial to both sides.”

It’s also worth remembering that Twitter remains a unique channel within the socialsphere. With less of an emphasis on family photos and sharing memes than other social platforms, users are in what Brown describes as a ‘discovery mindset’ when they arrive on Twitter.

“The behaviour of the audience in our channel is incredibly unique. The way people behave on Twitter means they’re a lot more leaned in, engaged, and in the know. This means that they’re a lot more receptive. I always say that the ‘Look at me’ kind of selfie tone of voice found on other platforms doesn’t work on Twitter. It’s very much a ‘Look at this’ type of platform. And because of that advertisers are able to really engage with this audience, and that’s why they like it.”

“Video of course is another important component and something we’ve developed a lot. By working with publishers we’re able to take premium publisher video content and sell that to an advertiser, maybe offering them a six second pre-roll before the main video. That sort of offering is extremely powerful when combined with the conversational and sharing environment in which it’s found. And of course we can also work things the other way around as well, receiving a brief from advertiser clients we often approach specific publishers to create unique content for Twitter that we think may be right from them.”

It’s undoubtedly an interesting evolution in the development of social media, as we see greater collaboration with traditional publishers. Whether or not this kind of approach will allow digital players to take on the scale of Facebook or Google remains to be seen, but certainly from the point of view of delivering quality content, and cultivating engaged audiences, it seems a strong approach.

New report: How to start your voice digital assistant skills