News from F8, Snap: What two Congress speakers told us earlier this year…

Earlier this year, we discussed developments set to impact on publishers with two speakers who will be at the 41st FIPP World Congress in London (9-11 October). Now, several of these developments were in the spotlight at Facebook’s F8 conference – most notably the phone camera and augmented reality (AR). Snap Inc. also joined the fray. Here is more...

Before delving below into what our speakers told us about how publishers should think about these developments, here is a quick look at the top news from Day 1 (18 April) of F8 and at Snap Inc’s latest announcements on AR. 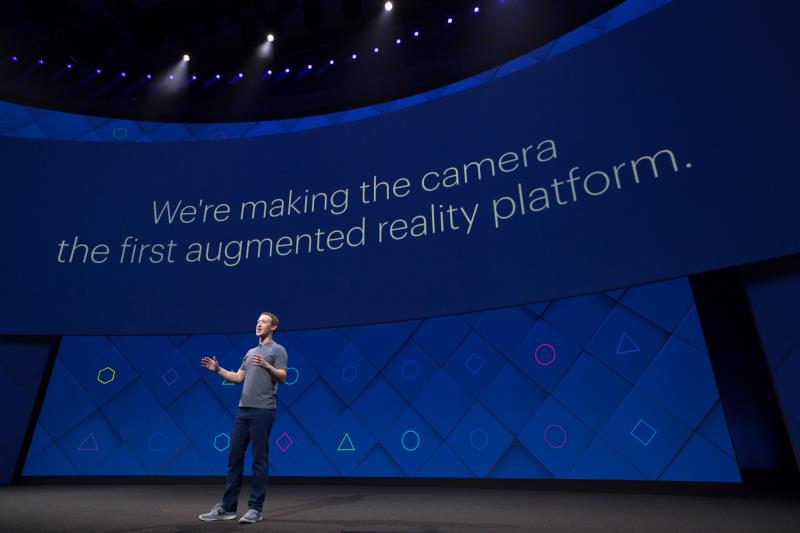 BI: Mark Zuckerberg wants to eliminate all screens from your life…

‘If Facebook CEO Mark Zuckerberg has his way, you will never have to buy a gadget with a screen again,’ writes Business Insider following a string of announcements on Day 1 of Facebook’s F8 developer conference.

Instead, says the publication, ‘you’ll be using a pair of augmented reality (AR) glasses or even contacts in the future in order to place digital content on top of any surface.’

BI adds that Zuckerberg said ‘while the company is kicking off its AR efforts with the smartphone camera and screen, the ultimate goal is to just have one gadget that rules them all.’ The CEO is quoted as saying: “We all know where we want to get this eventually.”

Wired: Here’s everything Facebook announced at F8: From VR to Bots

Wired, in turn, in an article listing the main Day 1 news from F8, said immediate implications for users are clear, ‘The apps that billions of us use daily – Facebook, Messenger, WhatsApp, Instagram – are going to be getting new camera tricks, new augmented reality capabilities, and more bots.’

The camera is everything:

‘Facebook was pretty clear about one thing in the F8 keynote: the camera is now the most important thing on your phone. Sharing photos and videos with your friends will continue to be huge, sure. But soon the camera will begin powering new augmented reality experiences inside Facebook. You’ll get games and photo filters, and your surroundings will soon be awash in playful and informational metadata that you can only see by lifting up your handset, opening the Facebook app, and viewing the world through the camera.’

‘Facebook’s new augmented reality tools will let you place virtual objects into the real world when you view your surroundings through your phone. Leave messages on the fridge for your spouse, or tag businesses with floating notes and tips written on walls. We’ll get AR games that incorporate real-world objects thanks to a technology called “SLAM” (simultaneous localisation and mapping) that lays a 3-D grid over the table in front of you, turning it into a gameboard. Also, we’ll get AR art, pieces only viewable through your phone. As Zuckerberg said, “This is going to be a thing in the future—people standing around looking at blank walls”,’ writes Wired.

Read the Wired article for more on some of the other announcements made at F8, including VR gets social and Messenger bots get more capable.

BI: Snapchat is releasing it’s most impressive use of AR to date

'The messaging app is pushing further into the high-tech world of AR,’ writes Business Insider. 'Snapchat pioneered AR in the social media space with its popular puppy dog and flower crown selfie filters, which it calls lenses. On Tuesday (18 April)  Snapchat announced a new set of rear-camera lenses that let you place virtual objects in the real world using the app's camera.'

'Snap announced on Tuesday (18 April) it was adding its popular Snapchat Lenses feature, which superimposes 3D effects over real-world photos, to the rear-facing camera option on your smartphone,’ writes CNBC.

Ross Sleight and Greg Cornelius will both speak at the 41st FIPP World Congress in London (9-11 October). Below, briefly (with links to the original, full articles), is what they told us about cameras and AR in particular. Click here to secure your place.

In February this year, we spoke with Ross in an article headed "How prepared are you for another fundamental shift in how your audiences behave?"

“The transition to the web and then to mobile has been harsh on publishers. The transition to Zero UK (screen-less interaction), AR and VR, AI and machine learning – all of those are going to be tumultuous,” Ross told us.

At the time, he suggested that the problem with ease of use with AR would soon be a thing of the past, as AR capabilities become part of phone cameras and/or other devices such as Snap Spectacles. “Suddenly the filter to our world becomes completely different.”

Ross also discussed developments such as VR and voice with us. Read the full article here.

In March, Greg’s advice to publishers was, “Start thinking about lightweight AR ‘headsets’. Buy some for research purposes and get your content there now, ahead of the change that’s coming.”

He further explained that AR “is a presentation medium for the Internet of Things. The convergence of multiple technologies is important here… Because the IoT is a sensor network, there will be more and more sensor data available in specific places and that data is a resource that can be utilised for storytelling.”

Publishers should “stop thinking about augmenting magazines and start thinking about how best to tell stories that augment and explain the physical world as we encounter it,” he warned.

Read the full article here (Experiment with VR but the bigger opportunity is AR).

Innovation 'how to' report gives the lowdown on chatbots

Ready yourself for the rise of voice, Canadian VP of content urges