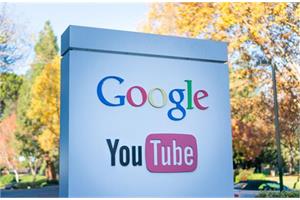 A disregard for brand safety stands at the centre of the Google display and video ad fiasco. The US search giant, by its own admission, left inadequate automation in charge of ad placement. We look at the issue.

The high profile withdrawal by several global brands including Volkswagen, Toyota, Tesco, ITV, Aviva, Heinz and even the UK Government, of advertising on Google and YouTube, followed media investigations revealing that many of these companies were being advertised alongside videos posted by extremists, hate preachers, rape apologists, white nationalists and other undesirable or controversial content.

While initial reports suggested 250 companies - mostly in the UK and mainland Europe - suspended advertising with Google, there was no initial worldwide blanket withdrawal. Yet, the scandal did wash across the Atlantic to US shores with two of the world's largest telcos, AT&T and Verizon, as well as Johnson & Johnson and car rental giant Enterprise Holdings joining a growing list of brands outside of Europe to stop advertising with Google.

Within advertising agencies itself, there seems to be no unified stance. Havas Media, the French advertising giant that operates in 144 countries was the first to press pause on Google advertising on behalf of its UK clients and also the first to announce that they “will not be undertaking such measures on a global basis”. Instead a statement on behalf of Havas’ Asia Pacific Region (APAC) read: “The decision of our UK team to pause activity with our partner Google is a temporary move made on behalf of our UK clients and their specific needs... We are working with Google to resolve the issues so that we can return to using this valuable platform in the UK.”

This was echoed by WPP’s GroupM who said they would also not adopt a blanket ban, but will work “with concerned individual clients” to craft solutions. Publicis Media APAC was quoted by media and marketing website Mumbrella Asia as saying they are “committed to being at the forefront of rigorous brand safety” and hold all publishers accountable “to ensure that the highest standards of advertising are consistently met”. They continue to place adverts on behalf of clients with Google.

There’s little doubt that Google fell short of meeting standards and they admitted as much with Philipp Schindler, chief business officer at Google saying in a blog post, “we have strict policies that define where Google ads should appear, and in the vast majority of cases, our policies and tools work as intended. But at times we don’t get it right”.

This was a repeat of what Ronan Harris, managing director of Google UK said earlier in a public comment titled ‘Improving our brand safety controls’. His argument hinged on the fact that “with millions of sites in the Google network and 400 hours of video uploaded to YouTube every minute, we recognise that we don't always get it right. In a very small percentage of cases, ads appear against content that violates our monetisation policies. We promptly remove the ads in those instances, but we know we can and must do more.”

But can they? If you take Harris on the letter of his word, 65 years of video gets uploaded to YouTube every day. To make good on his promise will either take a sudden quantum leap in sophisticated automation technology or employing human eyes at a rate - and cost - yet to be calculated to be able to truly reassure brands that it is safe to return to YouTube, or anywhere else on the internet for that matter.

In November last year Digiday warned that there is “a degree of fraud” prevalent in “anything ad tech”, while FIPP also wrote extensively on the topic of ad fraud here, here and here in the last couple of years.

The site said “although blacklists can block ads from appearing on any given site, agencies and performance marketing vendors aren’t always incentivised to use them since much of digital media buying is still premised on cheap reach.”

They quoted Michael Horn, managing director of data science at Huge saying: “If you’re an agency who’s incentivised only on efficiency of delivery, this is the kind of site you’re tempted to keep on the plan, even when the effect is to fund hate speech… It’s a position clients knowingly or unknowingly push their agencies into, and agencies don’t always have the time or will to push back.”

Given this backdrop, it’s worth taking a more sobering view of the now over publicised criticism directed at both Google and Facebook. There is the suggestion by Sir Martin Sorrell, chief executive of the world’s largest marketing services group WPP, that these giants cannot masquerade as technology companies while placing advertisements and that both should have the same responsibilities as any other media company. WPP continues to spend significant percentages of digital ad budgets on Google and Facebook.

Disregard for brand safety is a big issue and will have global repercussions. USA Today quotes analyst Brian Wieser of Pivotal Research Group who argues that brand safety has emerged as the biggest issue facing the advertising industry today. “For large marketers, even one ad placed next to extremist content can cause untold harm to a brand”.

Brands should be concerned about where their ads appear, on the internet or otherwise. But more importantly, they should also be concerned with how the decisions are taken for placing their ads. If they did this in the first place, it would not have landed in close proximity to inappropriate content.

It’s easy to argue - but hard to prove - that ad agencies and social platforms are not as concerned about brand value as profit. Yet, action speaks louder than words. If Google can be taken only on words (the reaction to the latest scandal), then advertisers and agencies will soon have transparent tools to see where their ads are running. Google say they will also be hiring “significant numbers of people and developing new tools powered by latest advancements”. They will “act swiftly to put these new policies and processes in place…”. This will be done “carefully, preserving the value we currently provide to advertisers, publishers and creators of all sizes”.

There are of course other ways for brands to attempt to (re)-take control of ad placement. One would be to hold agencies accountable for inappropriate placements, which can be dealt with by adding a straightforward penalty clause to the initial contract.

Then maybe the likes of Google and Facebook will start to take collective responsibility for ad placement and invest more rigorously in both effective big data solutions and the staff to overcome any technology shortcomings.

* Magazine media publishers, who have long demonstrated how effective advertising in tightly segmented and positioned brands can be, may be forgiven a touch of schadenfreude upon hearing about Google’s pain. Here is a story and chart from our archive on magazine ad effectiveness:

Statista Chart of the week

From our archive: What are the nine types of digital ad fraud?

Ad fraud on mobile the next battleground for publishers