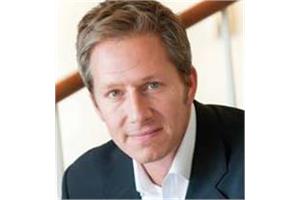 One of the big media success stories of the last few years has been the rapid growth of Quartz. Billing itself as a ‘guide to the new global economy for business professionals excited by change’ the website has gone from a standing start in 2012 to register around 20 million monthly unique visitors today.

Jay Lauf is Publisher of Quartz and SVP of Atlantic Media, and is an opening speaker on day one of the Digital Innovators' Summit (DIS) 2017. At the conference Lauf will focus on "how a relentless focus on the user drives strategy and business success." Here he talks about why Quartz has been successful, gives details of its unique advertising strategy and underlines the importance of putting the reader first.

Remind people what was the imperative for the launch of Quartz? After all there were plenty of other news sites available at the time?

It was clear to us when we first launched Quartz back in 2012 that there was indeed a white space available to us in the business news arena. There were certainly strong, credible publications for business people, but many of these bellwethers were encumbered by their traditional media models centered on paywalls or a reliance on the print.

Meanwhile, the habits of our target audience had shifted drastically to consumption on mobile devices, and they were using social media as both a discovery and sharing mechanism. So, our bet was that if we could do high quality business content built for mobile consumption and embracing the social web, we could disrupt the space. Our philosophy was to put as little friction as possible between us and our readers and relentlessly serve them through user experiences that map to their actual behaviours and preferences.

At its launch Quartz famously rejected standard online advertising units in favour of bespoke ones? Was there ever a time you wondered about the wisdom of this?

With a clean canvas to paint on and no legacy revenue to protect, Quartz had the opportunity to reinvent and improve the approach to digital advertising. In our four and a half years we still haven’t run a single IAB standard ad unit.

Ad experiences that focus on the user first simply work better, and we’ll continue to zealously pursue that. I’ve never wavered in my belief in this because the unsolicited reaction we get from readers, followers, viewers and the better-than-90 per cent renewal rate from advertisers reinforces my intuition that it’s the right approach.

As for the future, our focus on advertising will likely remain innovating on the smartphone experience.

What else would you say makes Quartz unique?

We’re unique in that we’re pretty unsentimental about adhering to ways of doing things - we’re constantly changing. Our speed is an advantage.

In an editorial sense, instead of describing the world in terms of a set of fixed subject-matter categories - the “beats” of traditional newspapers - we see it as a collection of evolving phenomena, or “obsessions.” These phenomena shape our readers’ lives and the industries they work in. In a product sense, we’ve pushed so many new updates to the site that we’ve done away with the term “re-design”.

Do you think that content marketing/native style ads that you run will increase from the current percentage? Will this be true across the industry in general?

It is hard to predict ratios, but one thing that has become clear is that content marketing is not a fad.

Is the quality of the audience significantly more important than its quantity? Do you think this is true universally for media brands now?

Both are important, but for most media brands, quality matters even more than quantity. Too many publishers have been chasing scale for scale’s sake, but advertisers are looking to reach specific types of people at specific moments, and scale doesn’t automatically solve for that. Quality doesn’t just mean highly educated people with lots of disposable income, it means reaching a clearly defined set of people and serving them in ways that are meaningful to some important part of their lives.

Which smaller media brands do you admire? Is there anything that these companies can teach the bigger players?

One of the media brands I admire is Ben Thompson’s Stratechery, for its content quality and subject matter focus. That kind of focused, often actionable information creates conditions that users might pay for, and leads a media brand away from being purely ad supported. Atlas Obscura is also a fascinating brand - their ability to deeply involve their audience/fan base is impressive and I think they’re well-suited to a variety of platforms.

Do you think your personal background in technology publishing T3/Wired etc has put you in a strong position to innovate?

From my earliest days at Wired, it became clear to me that change is a constant. It is much more exciting to embrace it than resist it, so I’m always in pursuit of and open to new ways of doing things. So yes, in that sense, they have prepared me well to be open-minded and restless.

Where next for Quartz? What are your future plans?

The process of radical reinvention around serving readers on mobile devices better than anybody else is a pretty constant and intense effort on our part. Our global growth has been exciting to see - we now have our second-largest office in London and just incorporated in Hong Kong, China, our editorial resources in India and Africa are larger than many competitors already. I’m confident you’ll continue to see global expansion of our brand.

Many of the themes Jay discusses in this article will feature prominently at the 2017 Digital Innovators’ Summit in Berlin.

Sachin Kamdar, co-founder and CEO of Parse.ly, on the data challenges facing publishers

The innovative startup that is helping the public shape the news

Individuals are rejecting the interruptive marketing model - how should media companies respond?