The Young Turks (TYT) is one of the networks leading the charge for linear television broadcast-through-digital channels, and attracting young audiences in the process. Here, we look at the evolution of the media brand, and what has made it so popular amongst millennial audiences.

TYT began life as a US radio show in 2002, and became the first daily online streaming talk-show when it switched to this new format in 2006. Following various rounds of fundraising and investment growth, the network now generates 200m+ views per month, and according to comScore, ranks Number 1 for news and politics on all digital platforms amongst 18-24 year olds.

Critically in 2018, TYT launched a 24-hour linear channel on YouTube TV, which in addition to the Network’s flagship namesake show, also broadcasts a host of other offerings. At the time of writing, the brand also had 2.6 million Facebook followers, 4.5 million YouTube subscribers, and a combined 500,000+ followers across its numerous Twitter handles.

For the uninitiated, and especially at a time of geo-political tension between Turkey and the US, we should make it clear that the term ‘Young Turk’ does not directly refer to a young person of Turkish origin. Although there is a link. The phrase derives from the Ottoman-based, early 20th-century secular nationalist reform party, and was later brought further into the colloquial mainstream as the title of 1981 Rod Stewart song, ‘Young Turks’. Those with a particular interest in the evolution of linear broadcast will note that the accompanying music video was the first containing breakdancing to be broadcast on the newly created Music Television Network (MTV) in the same year.

***Meet TYT's chief business officer Steve OH at our Silicon Beach Tour: Reimagining Video. Our intimate tour of Silicon Beach combines Hollywood’s storytelling roots with the thriving technology industry. Taking place on 15 November in Los Angeles (with networking drink on the night before), you'll have the opportinity to visit companies like Cheddar, YouTube Studios and more. You can join the tour as an extended experience of the FIPP World Media Congress, 12-14 November in Las Vegas, or as a standalone. Click here for more.

And it is through this mix of political consciousness and emerging media platforms, that we can best understand The Young Turks’ offering. Wikipedia describes it as a ‘progressive leftwing news and commentary network’, while the company’s own website states:

The selection of the name The Young Turks reflects the definition provided in American Heritage Dictionary.”

“Young Turk (n.) Young, progressive or insurgent member of an institution, movement or political party. Young person who rebels against authority or societal expectations. The selection of this name does not refer to any specific, historical incarnation of The Young Turks.”

While the brand seems keen to distance itself from the historical connotations of the ‘Young Turks’ term, the channel’s roots within the left-wing insurgent movement cannot be overstated. One of TYT’s key backers is Jeffrey Katzenberg, who reportedly invested US$20 million into the company in 2017. Previously of Disney and DreamWorks, Katzenberg has been an active supporter of the Democratic Party at large and both Barack Obama and Hilary Clinton individually.

This dedicated – and transparent – focus on leftwing subject matter provides a strong brand identity and a clear content niche for TYT’s audiences to gravitate towards. And because, as we see exemplified in cultural calling points like Trump and Brexit, ideas surrounding a progressive minority versus the established elite are making their way increasingly into the mainstream, this also represents a niche that is growing. What you have therefore is a form of content in which the audience is deeply engaged and also increasingly wide.

And that breadth is reflected in the channel’s available content. Videos slamming Mark Zuckerberg are happily parked alongside others slamming Donald Trump. In another, Bernie Sanders tells Young Turks creator and host, Cenk Uygur, ‘We’re Taking On The ENTIRE System’. Of course, when you create an environment in which everyone outside of your immediate community can acceptably be thought of as ‘The Establishment’, there are a great many potential news topics to cover.

The deep levels of trust that TYT has forged with its viewers in its long years has allowed the brand to become more picky where ad-dollars are concerned in more recent ones. In June of this year, Uygur announced that TYT would turn down advertisers that don’t match its values: "What I want to do is only have advertisers that make sense for our audience," said Uygur. "The old model was get any advertisers you can. Who cares what they do? The new model is we won’t have advertisers if they don’t align with our audience."

While this may seem like a bold move it is perhaps also reflective of the wider media industry mood at present, where operating within a wider global economic discourse of community-driven-capitalism, outlets are undoubtedly becoming conscious of their chosen brand partnerships. TikTok for example - perhaps itself particularly conscious of the scrutiny placed on a China-led company operating within a global landscape - has banned political advertising.

For TYT it may be that the advertising model is not the be-all and end-all as regards its revenue streams. The platform reportedly has a healthy paid subscriber-base, and its position within the wider linear television offering on YouTube TV will undoubtedly have unlocked further benefits. 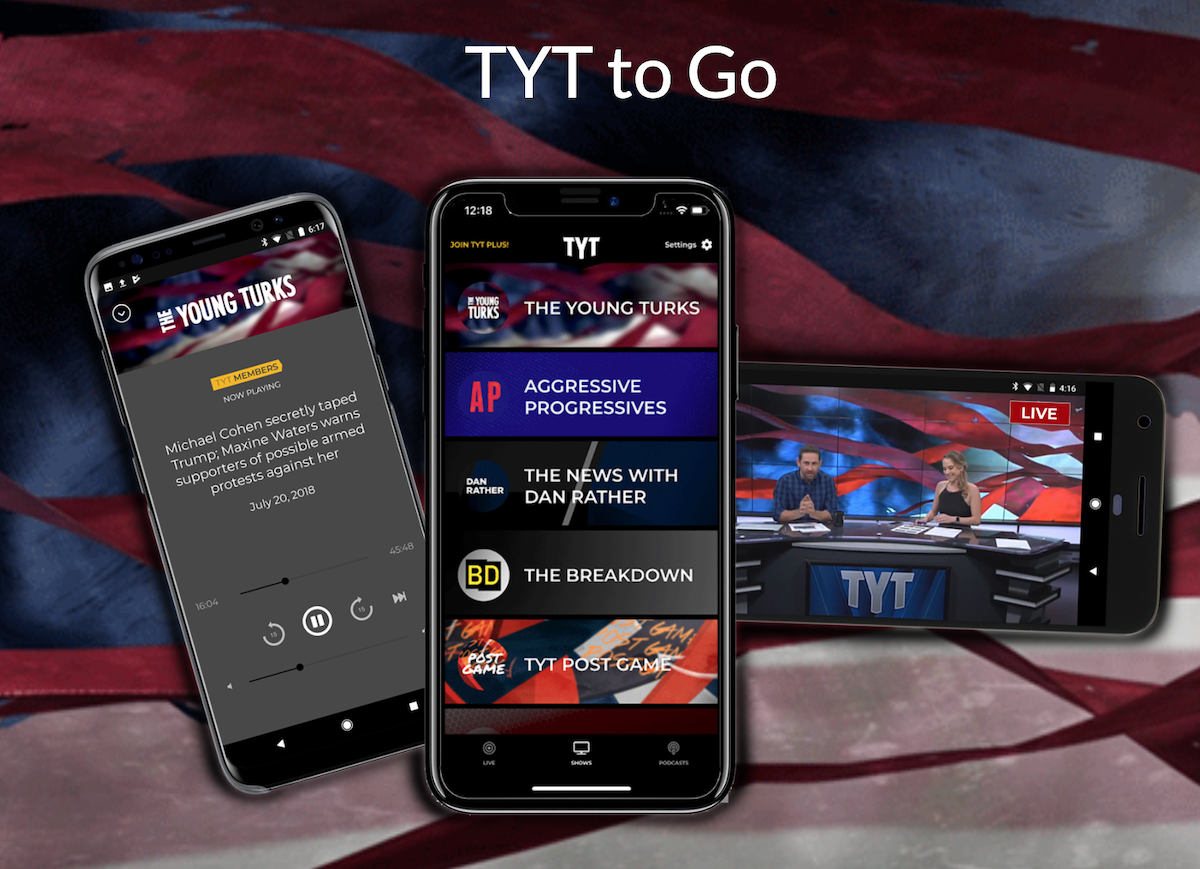 How long the network can continue to focus as relentlessly on its core offering as it currently does, particularly now that it operates a linear news channel in a world increasingly concerned about fake and partisan news, is an interesting question. But for the present moment, and at least from a logistical point of view, TYT is shining a light on how traditional reporting and linear broadcast can be successfully adapted for the digital age.

***Meet TYT's chief business officer Steve OH at our Silicon Beach Tour: Reimagining Video. Our intimate tour of Silicon Beach combines Hollywood’s storytelling roots with the thriving technology industry. Taking place on 15 November in Los Angeles (with networking drink on the night before), you'll have the opportinity to visit companies like Cheddar, YouTube Studios and more. You can join the tour as an extended experience of the FIPP World Media Congress, 12-14 November in Las Vegas, or as a standalone. Click here for more.***

How Cheddar is creating a non-patronising environment for younger audiences