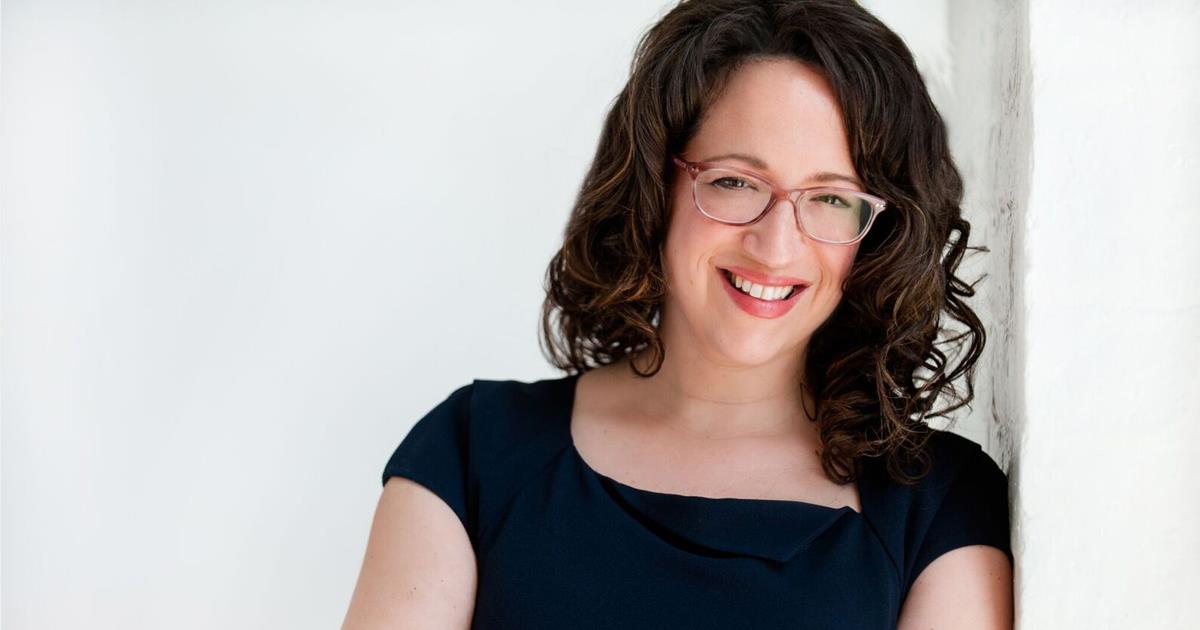 Back in October, Time Inc. announced record audience figures with more than 139 million monthly unique views, as traffic from mobile devices rose 37 per cent year-on-year. In the same month, The Future Today Institute published its annual tech trends report, highlighting that 2018 could signal ‘the beginning of the end of smartphones’. It is a bold claim, and a timely reminder to an industry still to a large extent getting to grips with the shift to mobile, that the next big media-tech turning point is never too far away. Further predictions include the growing impetus of artificial intelligence, smart speakers, computational journalism, and ambient interfaces.

Originating from a future of news research and development lab founded in 2003, the Future Today Institute has a sizeable past in making future predictions. Here, the project’s founder introduces us to the evolution of the institute and the work that it now undertakes:

“Having founded a future of news R&D lab in 2003, I worked with a small team to investigate emerging technologies,” says Amy Webb, adjunct professor strategic foresight for the New York University Stern School of Business and founder of the Future Today Institute. “There, we also built prototypes for the future of digital publishing. A few years later, that became a company called Webbmedia Group, which advised primarily media and technology companies. We expanded our scope and changed our name to the Future Today Institute a few years ago, and we now advise Fortune 100s, government agencies, the military and others around the world.”

“The sources used in our research depends entirely on what we’re researching. We use a framework that I developed – it helps us find weak signals at the fringe and spot early patterns – but the data is different every time. The key with forecasting is casting a very wide net. When companies try to figure out the future of something – such as cars, or phones – they tend to focus on the technology itself, rather than all of the adjacent and external factors. As a result, their focus is too narrow, and they tend to miss emerging trends. The model we use has six steps. It’s something that I created about 15 years ago, and I’ve continued to refine it.”

All of this provides a formulaic process for exploring upcoming trends that not only generates an analysis of what is coming down the line, but also how companies can use it. The approach of examining ‘the fringe’ of society is an interesting one, particularly at a time when social media technology appears to be bringing more extremist – and less reliable – views into mainstream media. 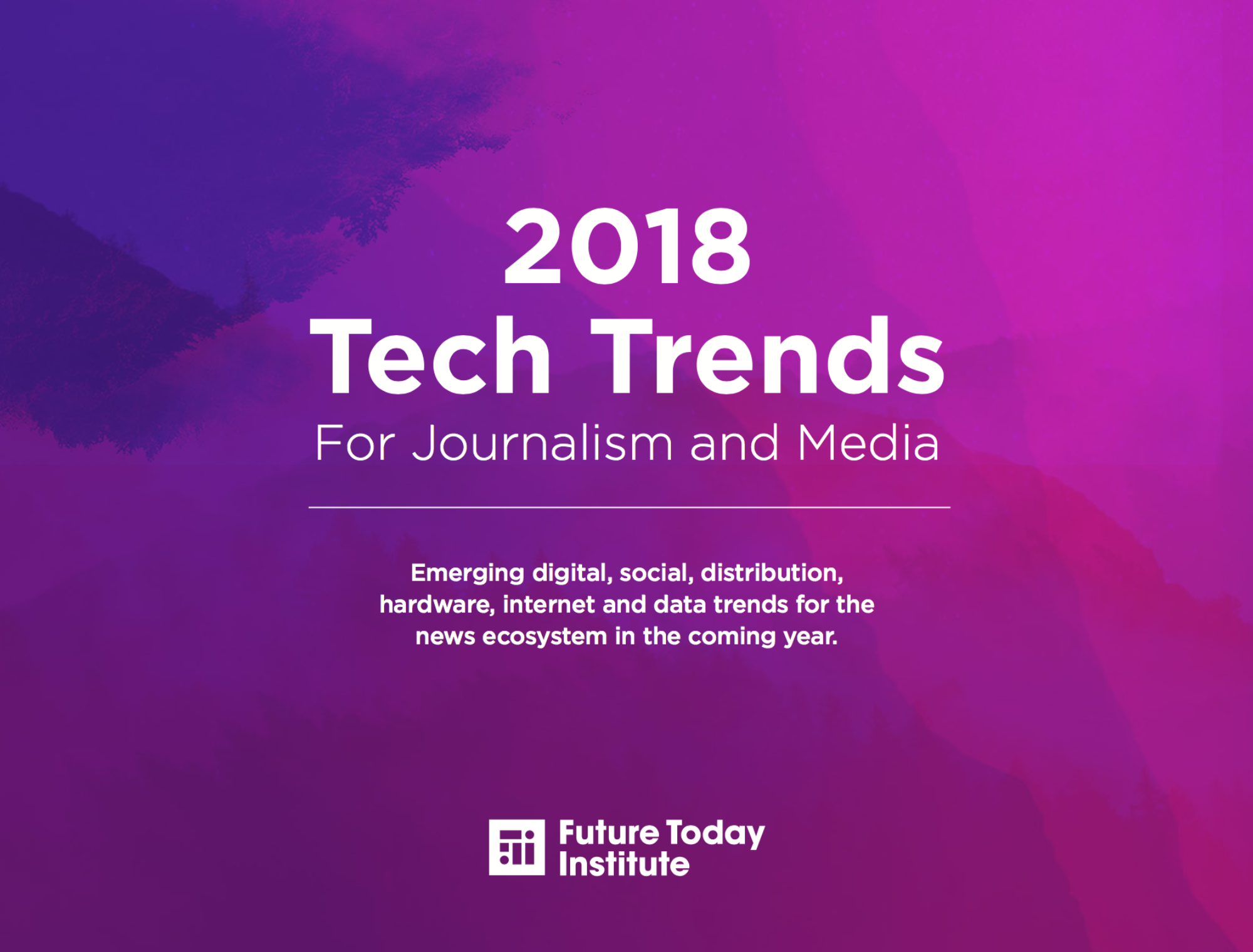 So does this mean that media companies need to be extra vigilant about their uptake of emerging technologies and the study of what is coming further down the line, since the spread of information is both influenced by technology and increasingly intertwined with these emerging technologies themselves?

“News organisations must track the future of technology just like everyone else. Tracking technology also means modelling the second, third, fourth order implications, which means factoring in geopolitical, social, economic and other issues. That includes the spread of information.”

“For the past five years, our research areas have focused on artificial intelligence, genetic editing, autonomous vehicles and systems, voice interfaces and distribution networks – but those large buckets encompass much of what will become everyday life in the next ten to twenty years. We advise some of the largest technology and transportation (auto, air) companies in the world, financial services institutions (investment banks, private equity and VC firms), biotech companies, etc. and we work with government agencies in the US and abroad.”

The idea that this latest wave of digital change is now impacting the wider world just as strongly as the media industry itself is shared by the new FIPP Chairman, Ralph Büchi, who recently spoke to us at the FIPP World Congress in London: “I think the digital transformation that we can observe – not only in media by the way, but in the whole economy – the life of the people is giving us a lot of opportunities.”

What’s clear from both the scope of the research currently being undertaken by the Future Institute Today and the increasing dissemination of media-tech into everyday life, is that it is emerging consumer behaviour, rather than simply a re-imagining of current tech, that can often provide the best basis for predicting future trends.

Consider for example of the first wave of digital migration that occurred in the magazine industry at the turn of the millennium. At that time, many analysts were tracking the growth of Minority Report-style ‘moving paper’ that would lead magazines into the digital age. Ignoring the growing influence, and sophistication, of the mobile phones already adorning the pockets of practically every consumer, many future predictions were built around the theme of evolving the current technology, i.e. print. As it turned out, the emergence of the iPad meant that real life ‘moving paper’ did not end up falling too far from the appearance of traditional magazines, but it’s a textbook example of how examining technology in isolation from behaviour can lead to misinterpretation.

A robot reporter, complete with press-card in hatband, may well prove to be another such incarnation in the future imaging of artificial intelligence.

Nonetheless the media industry, just like all other sectors, needs to find ways to predict future change – now more so than ever in an increasingly fast-paced digital world. One thing that we have looked at in detail more recently on the FIPP website is the idea of futureproofing, i.e. arming your business with such flexible technology and adaptable content that it can continue to evolve with every coming wave of change.

Webb however, strongly argues against employing this type of mind-set:

“There is no such thing as ‘futureproofing’ a business, organisation or industry. Anyone promising to ‘futureproof’ is either misspeaking or hasn’t been trained in strategic foresight. Saying “futureproof” means that there is no such thing as chaos theory —because only one event can happen next, and we cannot predict with absolute certainty what that event is, there is no way to prevent future disruption. Instead, we use data to identify signals and trends, and we build probable, plausible and possible scenarios for what might happen, given what we know to be true today. It’s that information that allows us to create strategic advantages in the present — and to ultimately make better decisions.”

So with an industry now in-flux and experiencing first-hand the increasing dominance of digital across the world, how can traditional media owners better equip themselves for change?

“It’s important for media companies to be strong on their promise and their vision – for example, to continue to provide quality information in a financially sustainable way. But they have to incrementally iterate along the way, which means taking some kind of meaningful action on the future every day. News organisations aren’t used to operating like that.”

In many ways there is great synchronicity between The Future Institute Today’s approach to modelling emerging trends, and that found throughout the traditional media industry. This is because the legacy publishing industry has to a large extent retained its behaviour-driven metrics and an audience-first approach to creating content. Rather than attempting to second guess how new technologies will reshape human behaviour in the future, it is perhaps more important to look at that behaviour today and attempt to understand how the next wave of media-tech change can help to better facilitate it.

Trends industry leaders are thinking about for the future