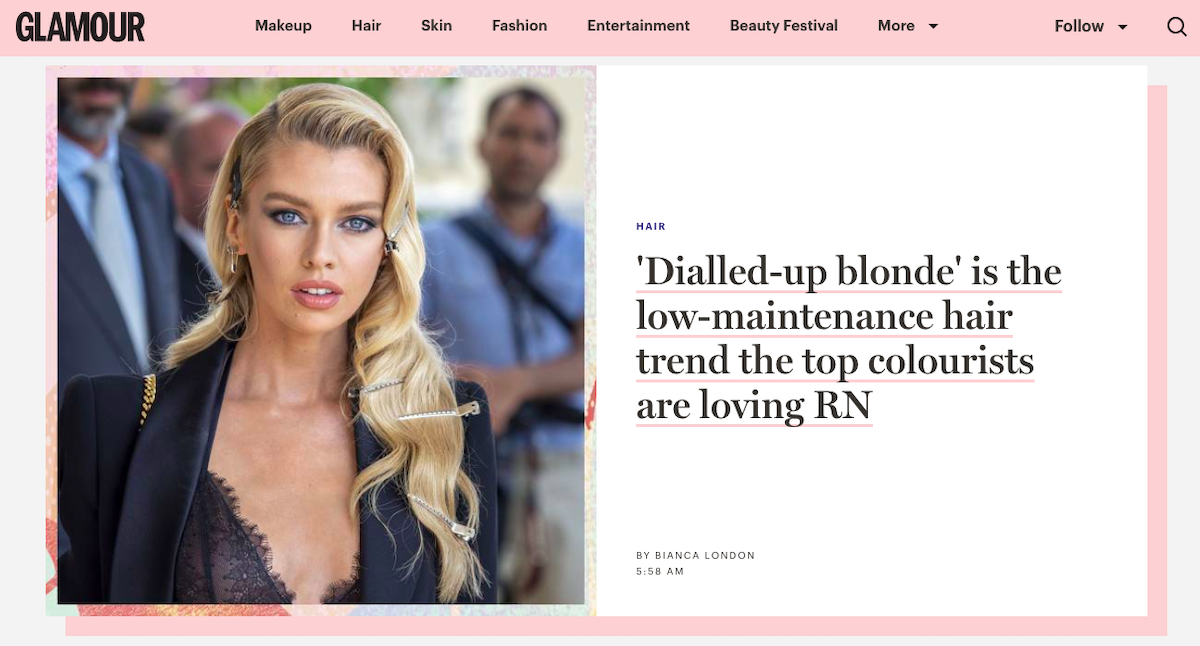 With a print legacy in the US stretching back to 1939, it may surprise some to learn that the UK version of Glamour magazine has only been in publication since 2001. At 18 years of age, it’s a title that’s just three years older than Facebook. Even at launch, the magazine had a mobile focus, coming in a handbag sized format with the tagline: ‘Fits your life as well as your handbag’. So with a young-skewing audience and a focus on beauty – a sector that has already found its natural shop-window on Instagram – the Glamour brand and a digital first approach may seem like a perfect fit 💅

However as Newman explains, steering such a recognisable ship into new waters, still required a huge amount work:

“When we first began to consider the shift to digital-first, the print circulation of Glamour was really healthy,” says Camilla Newman, publishing director for Glamour magazine. In fact in the first half of 2017, we’d seen a seven per cent year-on-year rise in circulation figures. But equally we knew that our advertisers were becoming really attracted to digital brands, and that there were a lot of digital only publications launching in the space. We also knew that our largely millennial audience played out their lives on their phone, spending for example 2.5 hours per day on social media… and that’s just what they’re admitting to!”

“So we relaunched Glamour to become a digital-first beauty brand. This meant converting the existing print team into a digital team, and generating traffic became our focus. The market was also expanding and giving birth to the influencer. In 2018, the UK beauty market held a value of GBP£15.5m (USD$1.6m), and there was nobody really owning that space in the same way that say Allure was in the States.”

At the time when Glamour magazine was changing, the world was changing too. In 2017, the #MeToo movement began to take on serious international recognition, and quickly progressed from Twitter hashtag to genuine social force for good. Beauty was being looked at through a new lens, with new faces and fewer boundaries, and this presented a prime opportunity for an established brand to provide a pioneering voice in an advancing space.

Newman and her team redesigned every touchpoint the brand was present in, from the website, to social, to the print magazine itself. And in doing so it also played its part in helping to redesign the sector. 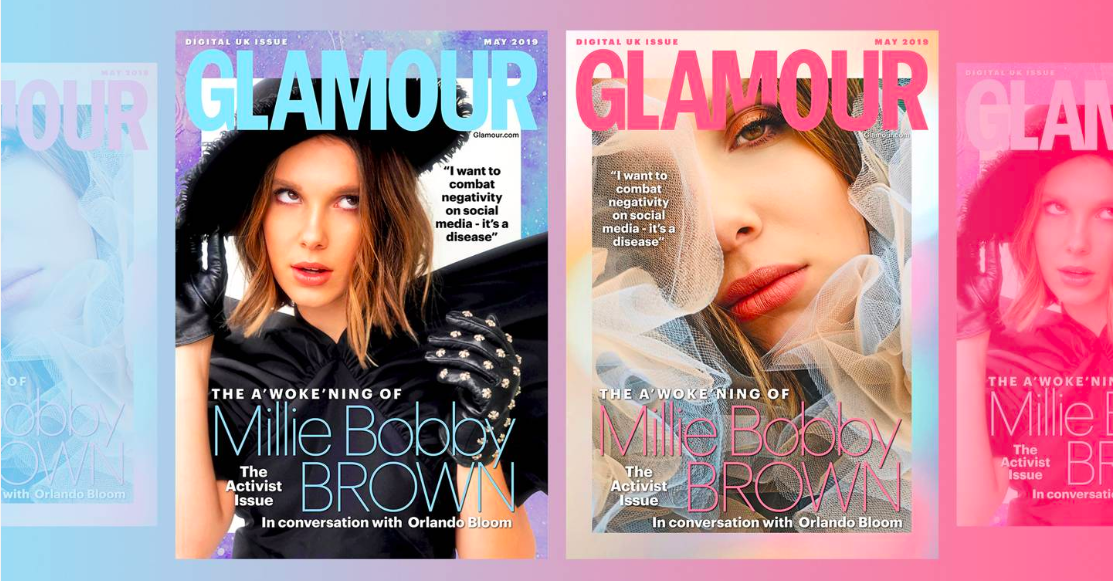 “We didn’t ignore fashion or celebrity, but we really wanted to see everything through a beauty lens. And in doing so we also wanted to be inclusive, non-judgemental, inspiring, and powerful. The brand launched its #BlendOutBullying campaign, which quickly gained traction and expanded into events, print articles, and showed us that every single thing we do should have a 360 degree approach. Every piece of content reflects beauty, feminism, and sisterhood, and is ultimately about empowering.”

While the concept took to digital like a duck to water, the logistics – as can often be the case – took a little longer to figure out.

“Facebook changed its algorithm just before we started, to downgrade publisher content, so we had to pivot quickly in our approach to this channel and indeed more broadly pivot many times. Print remains hugely important to the brand – but we now print biannually, the old format has gone, and we’ve shifted to a matte finish, providing more rare print incarnations of the magazine that act as keepsakes. Instagram has proved to be our best and most loyal channel, where we feature episodic stories with a 95 per cent completion rate and a three per cent swipe up rate.”

This multi-platform approach has resulted in a total organic brand reach of eight million users, up 38 per cent since relaunch in March 2018. 82 per cent of all Glamour traffic now comes via mobile, which is the highest proportion for any brand within The Conde Nast portfolio. There are brand extensions in the form of events, a beauty club that allows readers to sample new products for free in exchange for reviews, and with 24 pieces of content now being produced by the brand daily, it premium offering remains in place.

Of course one of the main downsides of digital transition that often doesn’t make the headlines is the staff turnover that can be required. But in the case of Glamour, Newman is open about the degree of changeover that the new start needed, and how this transition worked in practice.

“We already had a web team in place but we were very print heavy. So the digital team to begin with remained in place and we brought in a lot of new people. The print team is now a freelance team that comes in and works with us twice a year. The reality is that we just couldn’t keep everyone who was there who was print focus, but a lot of the people who did stay didn’t even need to be retrained, just refocussed.”

“Digital revenue is now really working,” says Newman. “It’s now less about display and sponsorship and more about branded content and telling stories with us, that side of things has really gained momentum. In many ways we’ve had to behave like a start-up with a really established brand, and keep learning and changing along the way.”