Back in 2015 Google unveiled the Digital News Initiative, and in particular, its fund to support and stimulate innovation in digital news journalism over the next three years. 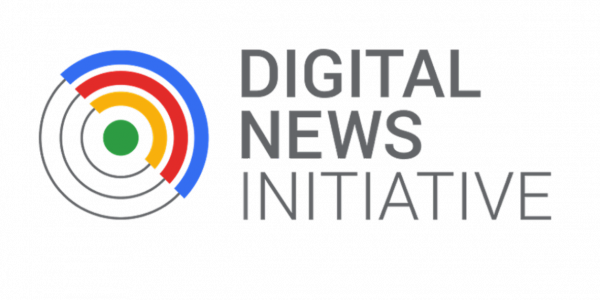 Media organisations across Europe can sign up and then submit ideas for which Google will offer financial support. The concept is that the publisher can use these funds to experiment and push the boundaries of how they produce content in ways they might not otherwise be able to afford to do.

Google has been generous with the cash too. In its first round of funding it doled out over 27 million Euros to 128 projects. There’s plenty more cash where that came from too with a budget of 150 million Euros allocated for the next two and a bit years.

Of course Google isn’t purely being altruistic. It has a vested interest in the future of news. And some pundits have suggested that the fund may be a way of keeping European publishers sweet, after all the organisation has faced lawsuits from several of them in recent years.

This year’s deadline for submissions recently closed and the companies who entered will find out who has been successful in November. For publishers it is well worth taking a look at the list of projects that have received the cash as Google is committed to the concept and there will be more funding options in the future.

Last time around the overwhelming beneficiary of the funding was German publishers who took over four million of the twenty seven million Euros that was made available. The countries with more established media organisations like the UK, France and Belgium also took significant amounts, though Portugal and Poland both attracted Google cash for both large and small projects.

So what got funded? Most of the projects are seemingly below the radar at the moment, but they run the whole intersection between technology and news.

As you’d expect robot journalism inevitably features with Finland’s Streamr and Alma Media  scoring a hefty sum to develop a machine-based reporting system for its financial sector news. In its release Alma Media underlines that the content that is produced is only a draft and that humans edit and prepare the content for publishing. Artificial intelligence is also being experimented with in other roles. The derStandard.at and OFAI from Austria have comnbined to work on the De-Escalation-Bot  – an AI-driven bot which the duo hopes will improve comment management in chats, improving quality of chats and reduce management efforts.

Not surprisingly Google is also keen on helping publishers optimise the type of content they produce. So a group from Belgium and Spain that includes VRT, iMinds and NewsMonkey  has received money to work on an algorithm to predict virality of media items to help journalists make better decisions on what to publish. In a similar vein Spanish newspaper El Pais has a timely project that focuses on the virality of charts, videos and images.

A project that harnesses the power of AI in slightly different way is the Telegraph’s Real-time Sports Action Visualiser, which aims to build an AI that ingests live sports data, statistics and trends and spits out graphics.

Given publishers’ desire to drive ever closer relationship with its users it is not a big surprise that several publishers have developed solutions for handling UGC. Swiss company Tageswoche  won funding for Stadtgespräch, a web-app that allows users to be part of the journalistic process by suggesting ideas, asking questions or voting for topics. Meanwhile IRIS, a platform where citizens’ concerns can be collected and rated on a municipal level so that journalists can write about them has been developed by AZ Medien and Edenspiekermann from Switzerland.

From an editorial perspective one of the most interesting projects comes The Mirror in the UK. It has been working on an news app that presents three sides to a news story, allowing users to switch between different news sources presenting differing views.

We will be keeping an eye on the projects that have received funding as well as publishing the winners of the next round of funds.

Chart of the week: What’s important to the digital news consumer?

What publishers need to know about Google Daydream