Yet, when CEO Olivier Burlot came out of “part retirement and boredom” to set up a group of investors to buy Heart Media Group in 2013, the company was purely print focussed and had a very limited portfolio of brands. It was something Burlot was eager to transform in as little time as possible, he told delegates at the recent FIPP Asia conference in Wuhan, China. 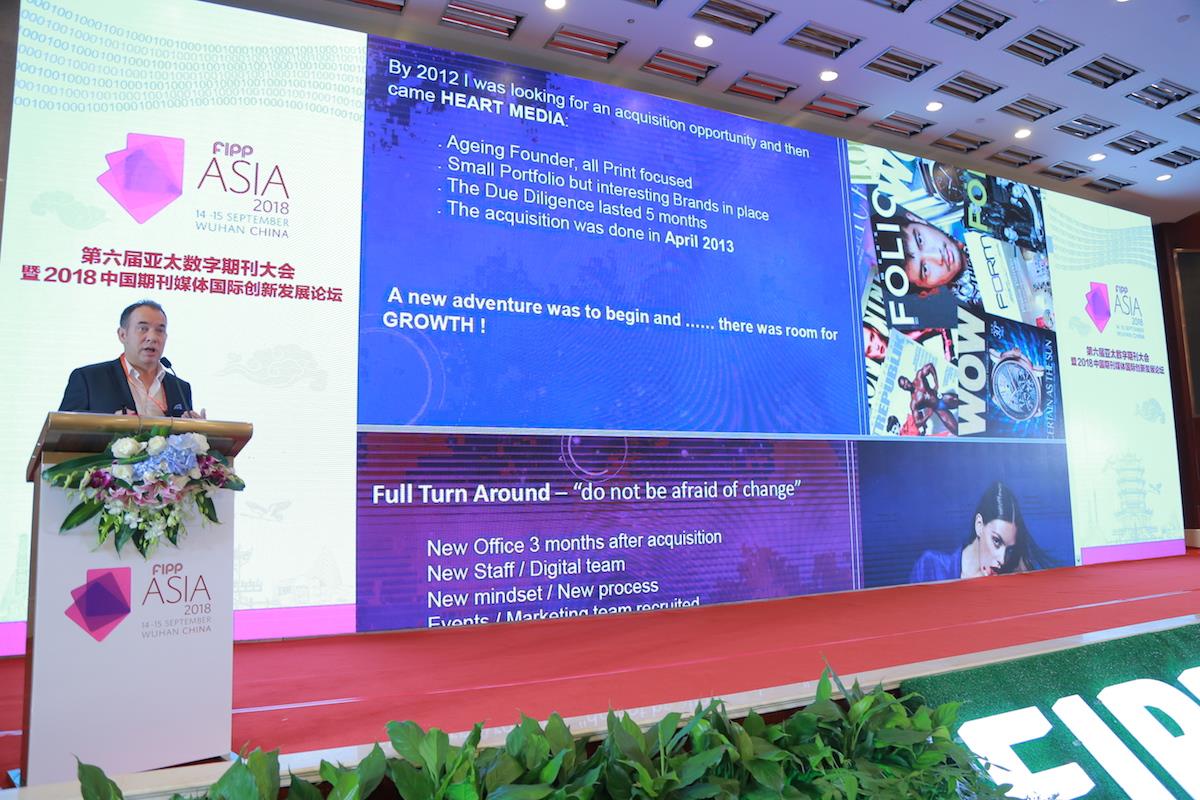 For starters, he said, they moved offices, hired new staff, acquired a marketing and events team, built seven luxury websites that now reach 1.8 million affluent users a month across South East Asia, including luxuo.com, the leading website for news about luxury goods and lifestyle in the region. Within the first five years of transforming the group from a pure print business, turnover grew by almost 300 per cent with print now only contributing 48 per cent of revenue and other revenue streams continuing to grow – digital makes up to 32 per cent of revenue, events accounts for 18 per cent and licensing two per cent.

But this was only the beginning. As their events business, a series of three large VIP ‘Rendezvous’ luxury shows in Phuket, Singapore and Penang grew, Burlot said he became aware that a growing group of wealthy people had developed the need to buy luxury goods and services in cryptocurrencies via blockchain.

Heart Media’s new website aditus.net is the first luxury access platform intent on linking such crypto-affluents to luxury products and services. Powered by blockchain technology it offers access to luxury merchants and high end services globally for users to transact privately in the cryptocurrency of choice. “We are helping yacht companies to sell yachts, galleries to sell art, developers to sell properties…”

To further answer the growing need for news about cryptocurrencies, Heart Media has also launched a new website cryptoinvestor.asia, which already attracts 100,000 unique visitors a month.

As a revenue stream, crypto transactions are also growing in importance, Burlot explained. Working in a similar way as credit card suppliers, aditus.net earn three per cent commission on transactions “and if it is complex, it can go up to five per cent on the payment… so you can imagine that this is an increasing business for us”.

Burlot will speak at DIS2019 in Berlin, Germany, taking place on 25-26 March. Our exclusive pre-agenda offer, with savings of €600/ticket on final rates, is available until 30 November.  Sign up today to save.