Chatbots allow for two-way personalised interaction between the consumer and brand, they provide immediate access in a conversational interface. People will interact with bots like they act with people, according to Laurie.

“Chatbots also declutter our mobile experiences, when we need to find or know something,” she said. “Bots are being developed at a dizzying pace. Today there are more than 50 thousand bots on Facebook. Publishers like CNN and the Washington Post are experimenting.” 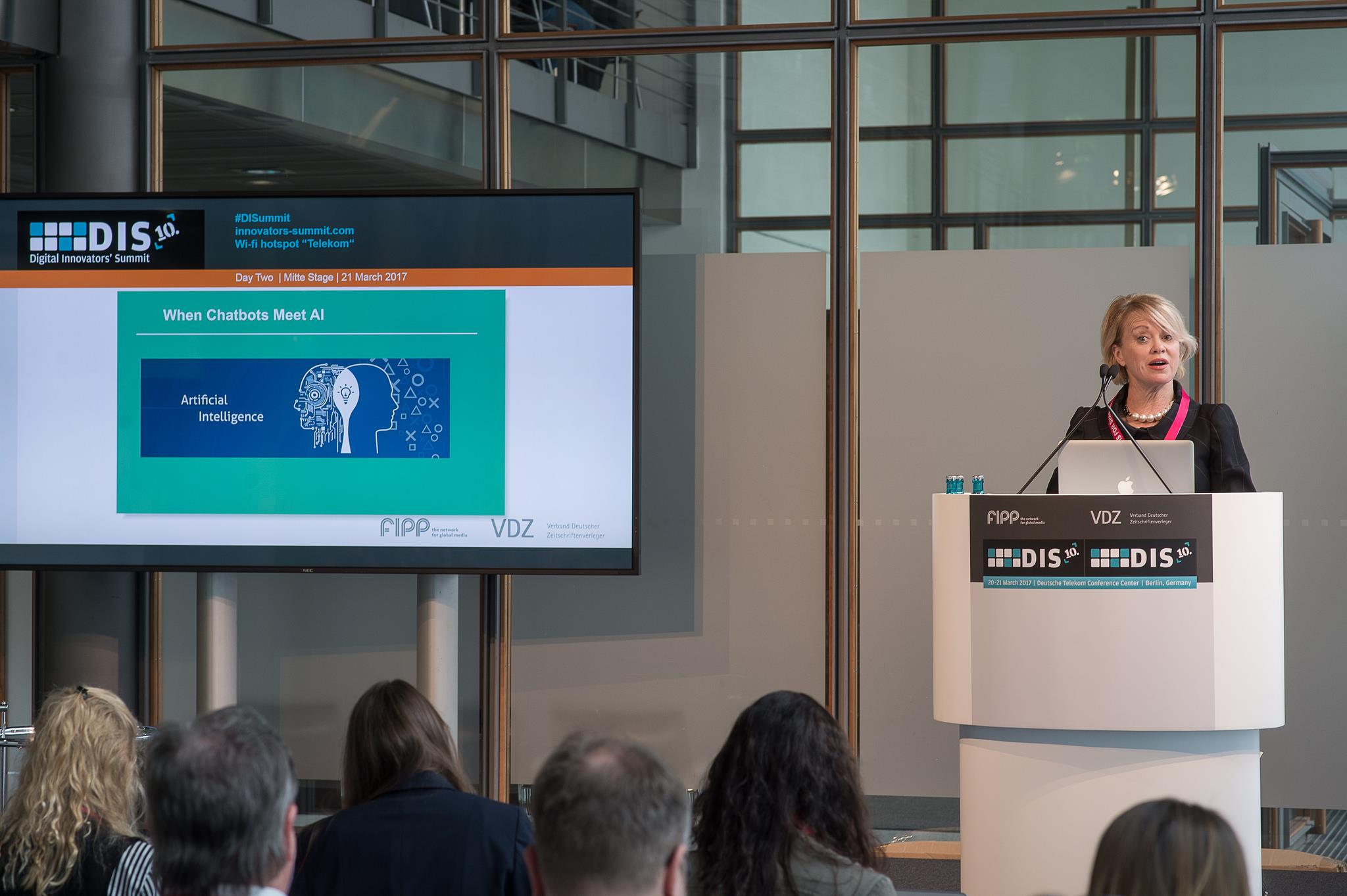 If publishers thought the explosion of smartphones and mobile behaviour was a massive shift in behaviour, chatbots will provide the shift, but this time, seismic in scale.

“As things evolve, bots are now doing everything, from distributing media to delivering services,” Benson explained. “This will transform how business and consumers will interact. You no longer have to search, you just ask.”

Chatbots will change the way users interact with the world around them, she said. Chatbots may replace brand websites. In three years, Benson said, Gartner predicts customers will manage 85 per cent of their relationships with chatbots instead of humans.

Related: How to develop your chatbot strategy

In the evolution of the technology, chatbots are still in an immature stage, but as time passes and users adopt to and use bots, the space will grow.

“When AI lives up to its promise, we are going to have superbots,” Benson said. “They’re going to learn and improve, and become more in tune with our needs and behaviours.”

Currently, Facebook is experimenting with their own digital assistant, named after James Bond’s Moneypenny. “This will open the doors to global adoption,” Benson said, adding that while there isn’t one currently, a messenger bot store could bring in US$60 million in revenue for Facebook.

“As we think about the future… the website won’t die, but we will see the continued erosion of the homepage and the search bar.”

What does this all mean for publishers? While some may argue they are too highly-specialised a brand to be useful for chatbots, Benson argued if a brand has enough power and trust among its audience, there will always be an audience for it. And, for those in news, chatbots offer yet another delivery or distribution model.

As an example, CNN is an early player in chatbots.

Benson highlighted interactions with the CNN chatbot, which could send her headlines every day if she asked. The chatbot could also send her recommendations based on her past choices.

ABC News also has a chatbot, which uses a more varied form of interaction than the CNN bot.

Get stories like these delivered straight into your inbox every week. Subscribe to our (free) FIPP World newsletter.

“They’re using emojis and text speak,” Benson said. “I don’t even need to use words of them. I used an emoji and it said to me, ‘what do you want to know about helicopters,’ and it they it found me news stories on helicopters.”

Chatbots represent the beginning of a new era, a paradigm change, according to Benson. “Every single thing will happen on this,” she said. “It’s definitely coming [if not already here, with several sectors deeply involved in at least experimentation]. We have some big names and a lot of investment. If you follow the money, you’re going to follow AI and bots.”

How Wolters Kluwer reaches and converts the right audience