Greece’s debt crisis began in 2010, in the aftermath of the 2008 financial crisis. The Greek media sector was one of the areas badly hit by the crisis. In the following years, several media operations folded, approximately 4,000 journalists lost their jobs, and a slump in advertising made it difficult for the remaining companies to survive.

Based in Athens, the magazine media company was the largest to stay alive after the crisis.
“The main goal of Attica Media Group’s Chairman and CEO, Theocharis Filippopoulos, was to shift the company to digital”, Nikolakopoulos explained.

In 2015, Nikolakopoulos came to Attica Media Group to help lead the transformation of the company. Since then, he explains the company has been taking steps towards this shift. “These are baby steps in an ecosystem like this, but they are big steps for the Greek market,” he explained.

“Although the transformation was necessary in order to follow the digital market needs, when I took over this role, only the management of the company realized the need for this shift. Our role was to pass our vision to all the employees and influence them to change their way of thinking and support our goal.’’

Transformation can be tough at the best of times. “It was difficult to persuade everyone to change and accept the new roles and the new ways of working. The shift was so quick that not everyone could adapt.”

“We had to change everything,” he said. “We had to start from the beginning.”

The difficulty in transformation manifested on two fronts: people and technology. The company followed in the footsteps of their foreign associates. Therefore, the company unified all of their sales people in both print and digital to sell across all segments of the company and not only per brand.

Simple changes, like having an open office space, where people could work anywhere, caused challenges for Nikolakopoulos and his team. This cultural change was difficult, because everyone used to have their own space, he explained. Staff didn’t want to change the status quo.

Nikolakopoulos explained that while they had to let some staff go, they reinforced the team with more digital-oriented people and they also trained the rest of the staff. “We gave everyone who wanted the opportunity to be trained and develop themselves. Through our continuous support, everyone now is aligned to the company’s goal and vision,” he said.

Although economic realities impact the company’s day to day business, since technologies for markets like Greece are more expensive, Attica Media Group developed programmatic revenue streams in display, video and content. “By investing in technology, we give the opportunity to advertisers to reach different segments of audience through all of our brands and channels,” Nikolakopoulos explained. Furthermore, Attica owns since March a content recommendation platform, which promotes content through all its network, based in users interests and use of data, in order to increase user experience and advertising revenues.

In order to grow their revenue, Attica Media Group has tried many creative things. “In Greece, the market is small, so we had to create new products,” Nikolakopoulos said. “It is more difficult to engage a smaller audience. You need more creative ideas.”

For example, Attica Media Group created products such as the web reality “Beauty challenge” in partnership with Smashbox, in which the winner became a beauty editor for one of Attica’s websites, or “Tasty awards” in which people and food experts voted online for the best restaurants and bars in Athens. 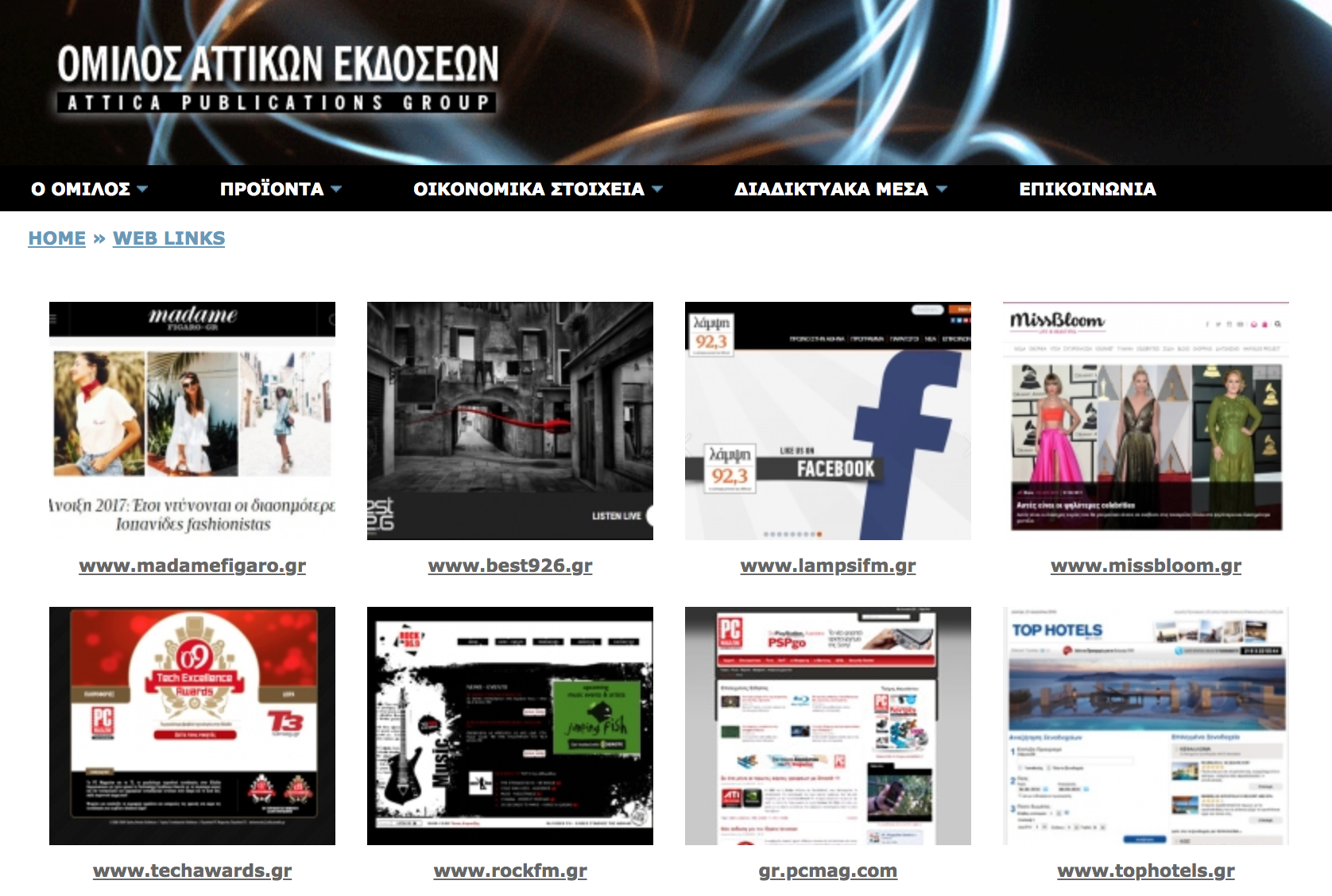 Attica Media Group’s digital transformation started in 2015. In the three years since, Attica has increased the advertising revenue from digital sources more than 100 per cent, without any print revenue losses.

This year, the plan is to shift to subscriber revenue. “We have products that are unique, we are content generators, we create exclusive content for our brands, and I think that with the exposure in limitless information everyday, anyone who wants quality & exclusive content will pay for it. We respectfully and passionately support the moto ‘content is the king,’” Nikolakopoulos said.

For companies looking to transform themselves, Nikolakopoulos says you must start from scratch. Successful digital transformation can only happen if all employees understand the reasons for this change and support it.

For other publications looking to learn from Attica Media Group’s success in a smaller market, Nikolakopoulos suggests to keep evolving. “Do not give up,” he said. “Things move fast and we need to keep following the changes, adapt and re-educate ourselves. Everyday.’’

Magazine brands shopping into the future with visual search