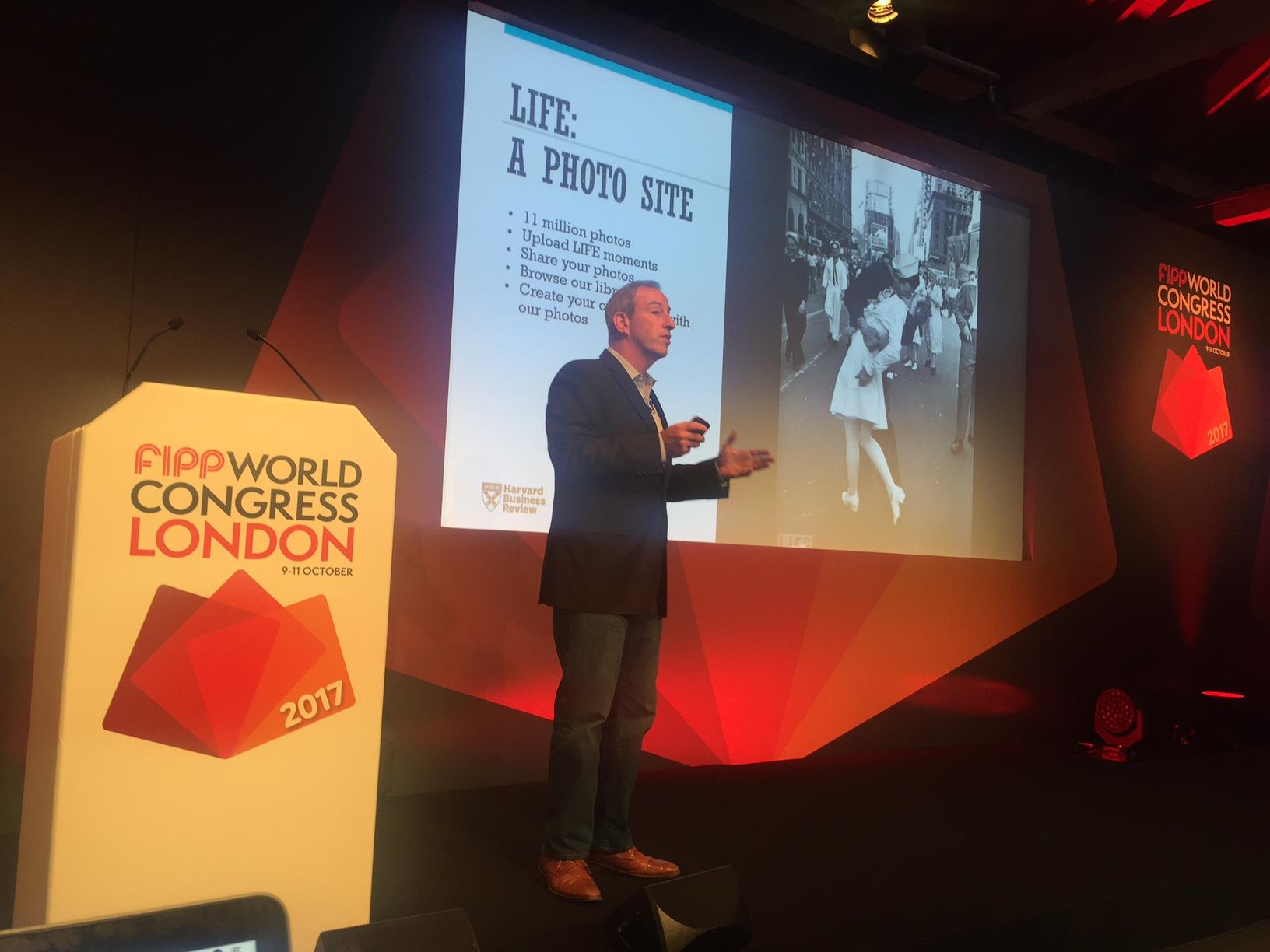 Beginning with a story from his past, Josh sought to demonstrate why innovation in publishing is so tricky. Back in 2002, he was working as editor of LIFE.com – which back then, long before Flickr or the smartphone came along, was a photo site containing 11 million images.

“We had all these iconic photographs that we thought people would want to share,” said Josh. “Maybe they’d even want to share their own photos.” He and some others put together a business plan for a fully-fledged digital photography site, but executives decided against it – instead opting to create a newspaper insert. “It may seem crazy now, but it was really hard to imagine back then that newspapers were on the cusp of decline,” added Josh.

His point, therefore, is that the publishing industry – as well as others – suffers from the issue of “dominant logic”, in which very few people challenge mainstream perceptions of where the industry is at. It’s strange to think now, but Blockbuster video’s most profitable year was the same year Netflix was born; how was anyone to know? “It is really hard to spot a trend, but the weak signals are often there,” said Josh.

So what is a weak signal? Josh defines it as “an enduring and impactful trend that could significantly alter our business in 5-10 years.” He explained how at HBR, spotting these weak signals – anything that isn’t huge right now, but could be disruptive in the future – is a really important part of the business strategy.

Josh went on to identify five key areas where HBR is paying attention to weak signals, asking the three questions:

The rise in voice-activation and voice-interactivity is something to pay attention to, according to Josh. He gave the examples of Siri, Alexa, Google, and things like podcast streaming, flash briefings, stock quotes, and recipes.

“Watch where VCs put their money, but also how fast things grow,” he added. “If something is doubling, tripling, in size – for example, podcasts – watch that space.”

As a result of this weak signal, HBR has started experimenting with Alexa. It has also had the Ideacast for a long time, with over one million downloads.

This weak signal began with “Snowfall”, the New York Times’ multimedia story that was published back in 2012. Other publications followed suit with their own experimental storytelling, and an appreciation of longform seemed to emerge as a trend, too.  “Some publishers like the Guardian are doing really cool stuff in this area – but are still struggling financially,” Josh said, by way of example.

He recommends that publishers try to find a balance between the survival of today’s business with tomorrow’s experimentation. At HBR, they’ve been testing out bi-monthly events called “The Big Idea” – now in its sixth iteration, the aim is to “bring people deeper into the content”.

With its incalculable amounts of data, Google led the way in this trend, with Facebook, Amazon, and Deep Blue at its heels. In response to this weak signal, HBR has been experimenting with bots on Facebook Messenger and also Slack. “We need to get better at understanding people’s questions about our content,” Josh added.

With the eye-watering cost of education in USA, online education is seen as huge growth market. A lot of VC money is going into online learning platforms such as Coursera, EdX, and Kahn Academy, so HBR is trying out e-books with tools, developing School Management Information Systems (SIMS), and more.

Facebook Live was cited by Josh as the best example of where HBR is innovating. “While HBR does a lot with webinars already, Facebook Live has made us really rethink our strategy,” he said. Participant-centred learning is now a trend they are experimenting with, with interaction via Facebook Live videos.

To conclude, Josh reiterated that at HBR, they haven’t got all the answers. “Just like you probably are, we’re looking at our business every day and trying to survive – experimentation with the future probably takes 10% of our time, 20% at most. It’s really important to realise that you can’t do it all as an organisation,” he said.

Nonetheless, finding ways to open up capacity to experiment with the future is essential to survival, he emphasised. Sometimes that involves letting things go that no longer add value to the business – which is painful and difficult. “It’s exhausting trying to keep up with the future – and it’s going to involve letting go of something you’re currently doing, but the rewards will be worth it,” he said.