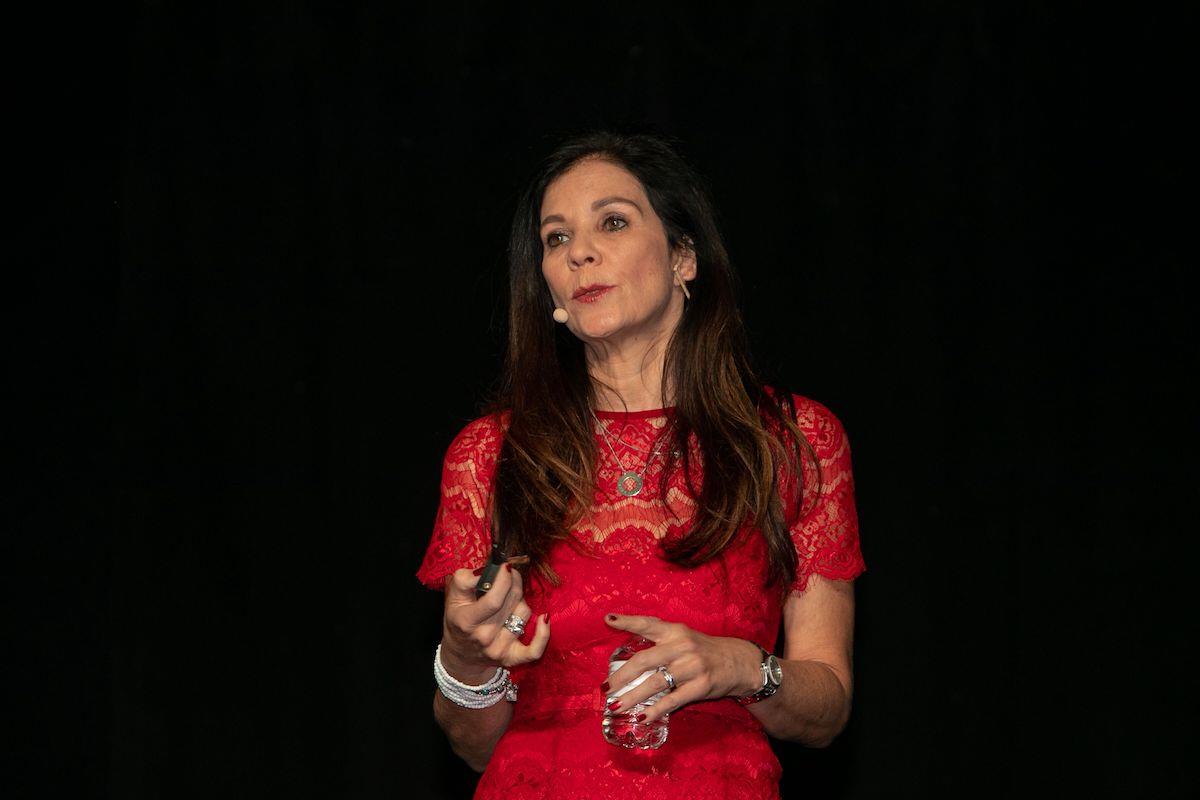 When she took over the family business, Raphaely began to think long and hard about how to add value to their business. “Being in magazine media, we traditionally curated and being responsible for sales of products. How I could reposition and reframe the value add that magazine media do have in terms of influencing sales and driving quality leads?” she asked.

Raphaely framed Associated Media Publishing’s brand proposition as a shop window, and from there, they started integrating ecommerce into their print products. They began to use QR codes to sell products off their magazine pages. “We decided to use the QR code to start selling our products, which created a lot of spotlight for our business and also allowed us to collaborate,” Raphaely said.

South African rapper Nadia Nakai was on the cover of Cosmopolitan South Africa in August 2019.

“It was a cover of a major  influencer named Nadia Nakai, who is a role model, an influencer, a rapper and she really is an absolutely amazing future South African role model,” Raphaely said.

“We integrated a QR code into the cover, which adds value for Nadia. And as a result, what she did was endorse the fact you could shop products directly off the cover,” Raphaely said. “When you have a proper relationship between a brand and an influencer, you get so much value and it amplifies everything you do.”

However, adopting a new behaviour, like shopping off a cover takes a lot of reinforcement, she said.

“Even this, adopting a new behaviour with a magazine medium where people have not understood before that they could shop, that takes a lot of reinforcements,” she said.

Online shopping in South Africa is 1.4 per cent of total retail, she said, adding that Associated Media Publishing still want to be part of it as a medium, not a bystander. “We actually wanted to be a driver in ecommerce and I think that has given us more spotlight as a business,” she said. Raphaely explained she was sent the idea by one of her partners, and it struck a chord with her team, because it  reinforced the fact that behind every spotlightable idea is an incredibly creative concept, she said.

“You have to get there first with a bold narrative,” she said. “If you have brands that have that ability to be tactical, you can do this.”

Take for example, when Cosmopolitan SA shot its first transgender cover in February 2018, with Orange is the New Black star Laverne Cox. Cox was the first transgender woman to appear on the cover of a Cosmopolitan magazine, globally. A transgender role model had never been on a cover of an international glossy, Raphaely said. Despite the fact that it didn’t sell well on the newsstand in South Africa, as print consumers are conservative, she explained, it went viral online. “What was important about doing this was to make Cosmo relevant and on trend and speak to a younger audience,” she said.

It does but we are seeing real growth in scans, quality leads and conversion now which shows our audience wants this extra dimension in their consumer journey. See it, scan it, shop it! #magazinemedia #readytoshop #FIPPCongress @Assoc_Media @FIPPWorld https://t.co/wPtp7Q2vxi

Magazine media’s unique selling proposition is that they’re experts at selling brands and growing audience. Raphaely said that magazine media need to rebrand themselves. “What we’ve done for 38 years is build brands and audiences, and actually, we can do that for other people as well,” Raphaely explained. “In magazine media, I think we need to rebrand ourselves. We have such ability to do that for other people who don’t know what to do.”