So successful is The Economist‘s content engagement strategy that it won gold at the International Content Marketing Awards, held last November in London. 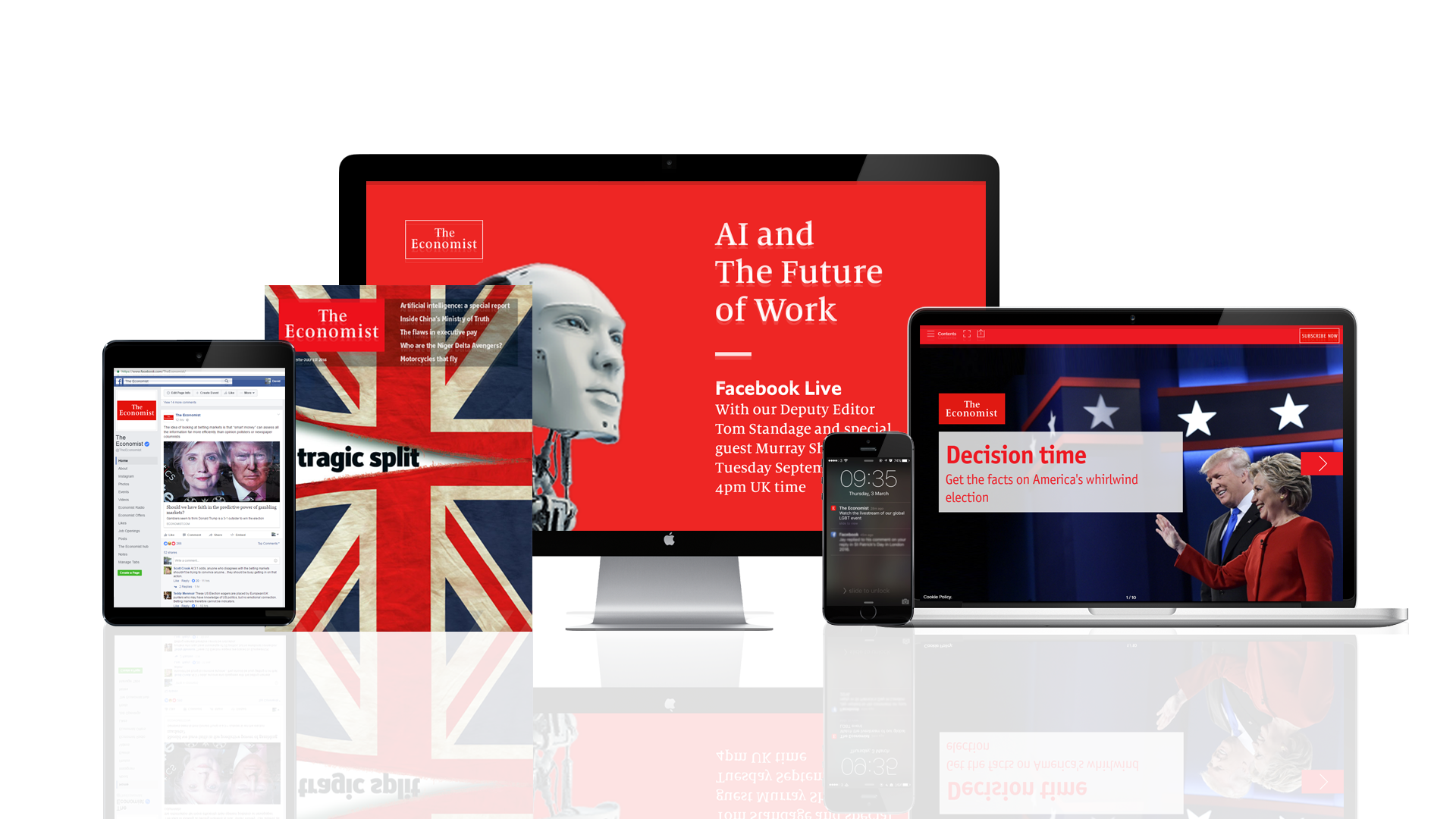 So, how does it work?

David Humber and his team focus on increasing engagement amongst The Economist’s known audiences (people who already have a relationship with the brand, such as Facebook fans or registered users) to develop habitual use that allows the publication to create ‘warmer’ audiences, which they can tap into to deliver subscription sales through direct response advertising. 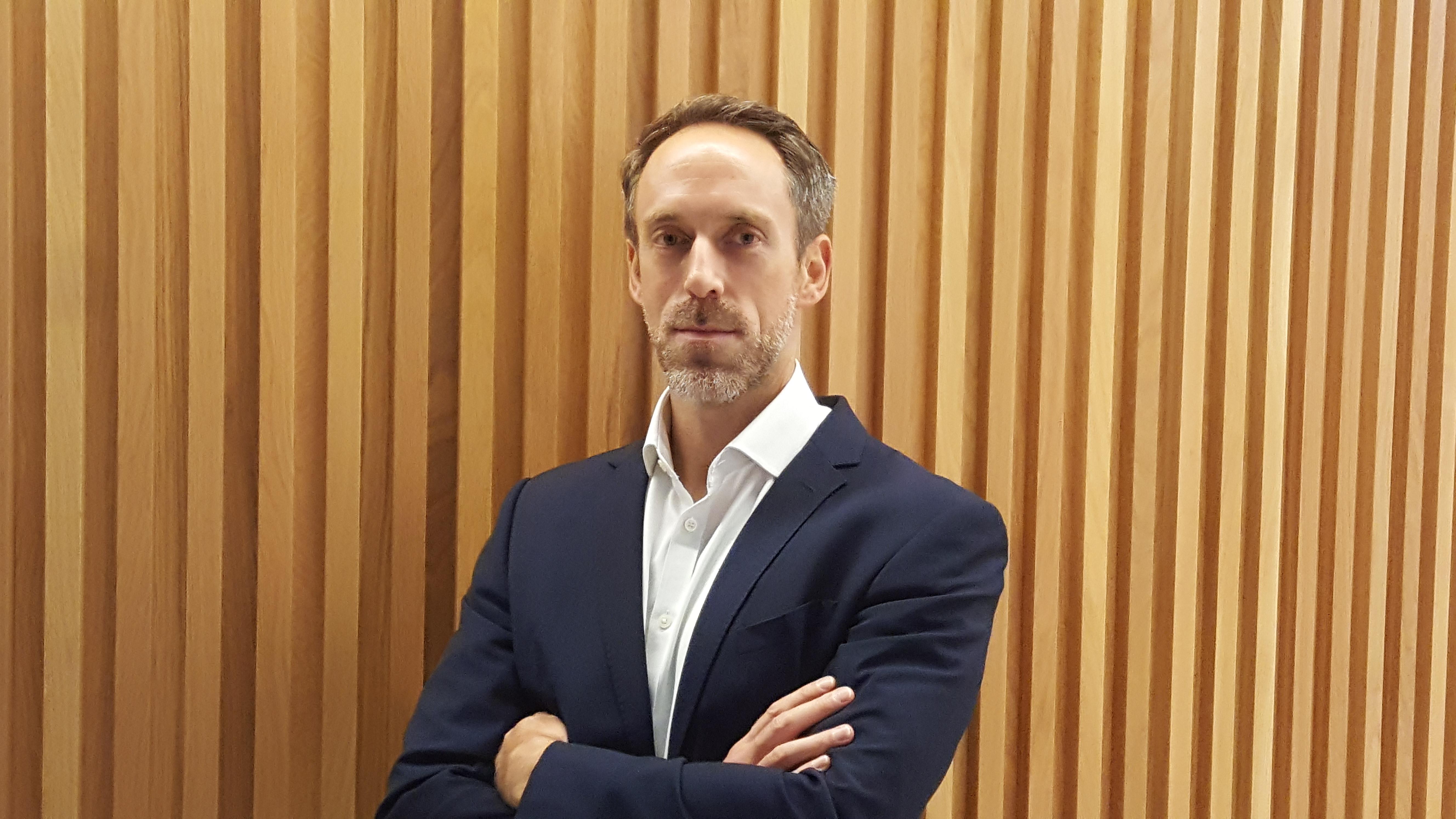 “The premise has been to generate engagement with our best-performing content to create a larger pool of readers who would consider trialling a subscription, and then to follow up with conversion messaging to tip readers over into becoming a subscriber,” Humber said. “Our approach has been to drive awareness around the breadth of our content by promoting topics with the broadest appeal. The topics are designed to challenge the view that we’re just about economics – we cover a wide range of issues that people wouldn’t necessarily expect, such as driverless cars or the sustainability of the ocean.”

The model has been created with social media audiences at its core. “The Economist has vast audiences across its social channels which we knew we could leverage by offering an enhanced sampling experience and creating ways for us to go back to readers afterwards,” he said.

The activity runs in close partnership closely with the editorial team and revolves around an immersive content hub which hosts a set of curated articles based on the topic. That set forms the ‘content programme’ as Humber calls it, where the editorial team share posts organically via the social channels in the normal way, however the links take readers through to the hub instead. If a post is trending, spend is also put behind to push it further. Once a reader reached the hub, Humber’s team took over by optimising the hub experience to encourage visitors to view additional articles while seamlessly capturing email and retargeting data.  His team then followed up via re-targeting activity to drive sales.

The first content programme was in March, running as part of the Economist’s Pride and Prejudice event, which made the case for LGBT inclusion in the workplace. There was also a Brexit programme over the summer, and one recently around the US presidential election.

The largest to date was labelled The Future of Work, and ran alongside The Economist’s global student campaign. The content focused on how the workplace would change due to advances in technology.

“We ran content across our social channels, posting about 120-odd messages on Facebook alone over a six week period, with popular ones being boosted with spend automatically.  All leveraged previously written articles and directed readers into the Future of Work content hub,” Humber explained.

“We wanted our readers to visit the content hubs as they allow us to present a curated set of content in a visually engaging way and encourage readers to sign up for our editorial newsletters. We’ve fine-tuned the experience to guide readers through the material, resulting in longer than average dwell times and encouraging engagement, as well as inserting data capture fields in at optimal placements. We can then follow up with relevant messaging at a later time back in their news feed or through email campaigns.”

Integral to the engagement strategy was leveraging known audience reach according to Humber.  The Economist has about 40 million followers on its various social channels, over 1 million registered users and roughly the same again via its apps. “Our strategy leverages those audiences to deliver traffic into the content hubs at scale and cost effectively.” he said.

A Facebook post, for example, can be delivered to a number of fans for free via the news feed, but it’s still just a fraction of The Economist’s total fan base, due to the way the social algorithm works. Humber and his team started to test putting money behind the posts that spiked in popularity, “we wanted to see if we could make trending posts go further with paid promotion and the results were better than we expected.”

He explained, “if you give a post a paid nudge at the right point, it can really take off. That meant we could reach many more fans with our most engaging content and it has allowed us to scale promotion cost effectively.”

The Economist’s strategy also leveraged email to reach users who have registered with their website. “The emails promote the content programme link back to the content hubs, allowing us to re-engage registered users with our best content and, in turn, re-target them for subscription.”

Push notifications to users of the Economist’s digital app are also included, which Humber said has worked particularly well. “We utilise push to reach our app audience,” he said. “There are segments of users who are not registered users and not interact with us on social but enjoy using our apps. Due to the nature of push – messages that show up directly on mobile screens — we tend to see high open rates and a corresponding spike in traffic to the content hubs.”

All of this activity required being innovative to manage the customer journey and to track ROI.

Humber illustrated The Economist was able to utilise various pieces of kit to allow them to ensure that customers saw relevant messages to deliver a good customer experience and maximise conversions at the lowest cost. For example, users who were not already registered were invited to sign up for newsletters, and those who already received them saw different messages relating to a subscription or trying the app. Automatic software also allowed social content to be boosted at the optimal time, maximising reach and minimising costs.

“By leveraging technology, and being clever in how we did it, we were able to lean on the machine to do a lot of the heavy lifting for us and tightly control the costs,” he said. “That allowed us to run campaigns cost-efficiently and deliver ROI, which in turn allowed us to invest more and scale.”

The Economist’s content engagement strategy delivered on its goal of delivering both reach and subscription starts with a positive ROI. “The quality of the programmes has been extremely high, readers are engaged – proven by the high dwell times and, because of the resulting conversions to subscription, the model is scalable,” Humber said.

“The Economist is in a really fortunate position,” he continued. “We are bucking the trend in our industry in terms of circulation growth, and believe there are still large audiences of globally curious readers who may not be that familiar with our content. By creating these engagement programmes we can increase purchase consideration amongst known audiences and drive conversion to paid subscription.”

“My team was delighted to have been shortlisted and I was very proud because we’d been working on this for 18 months,” Humber said. “To see it come to fruition and then be recognised with a gold award at the CMA’s for innovative strategy was the icing on the cake”

Humber and his team have learned several lessons over the last 18 months with their content engagement strategy. They’ve been able to test and prove their strategy of combining engagement activities with direct response messaging to deliver subscription growth.

“The lessons have been around being able to create custom audience segments cost effectively through the use of social media, email, push and web, and how to follow up with tailored messaging. By adding in the content marketing layer, our marketing campaigns become really powerful,” he said.

One of the main lessons was around testing. Another was modelling out the numbers at each stage and setting expectations. “Your paid conversions will only ever be a sub-set of your custom audience pool, so to establish if it worth running, you need to start from there and work back,” he said.

“This whole process for us has been, ‘try it – with controlled risk, see what happens, refine, optimise.’”

The Economist is joining Snapchat Discover