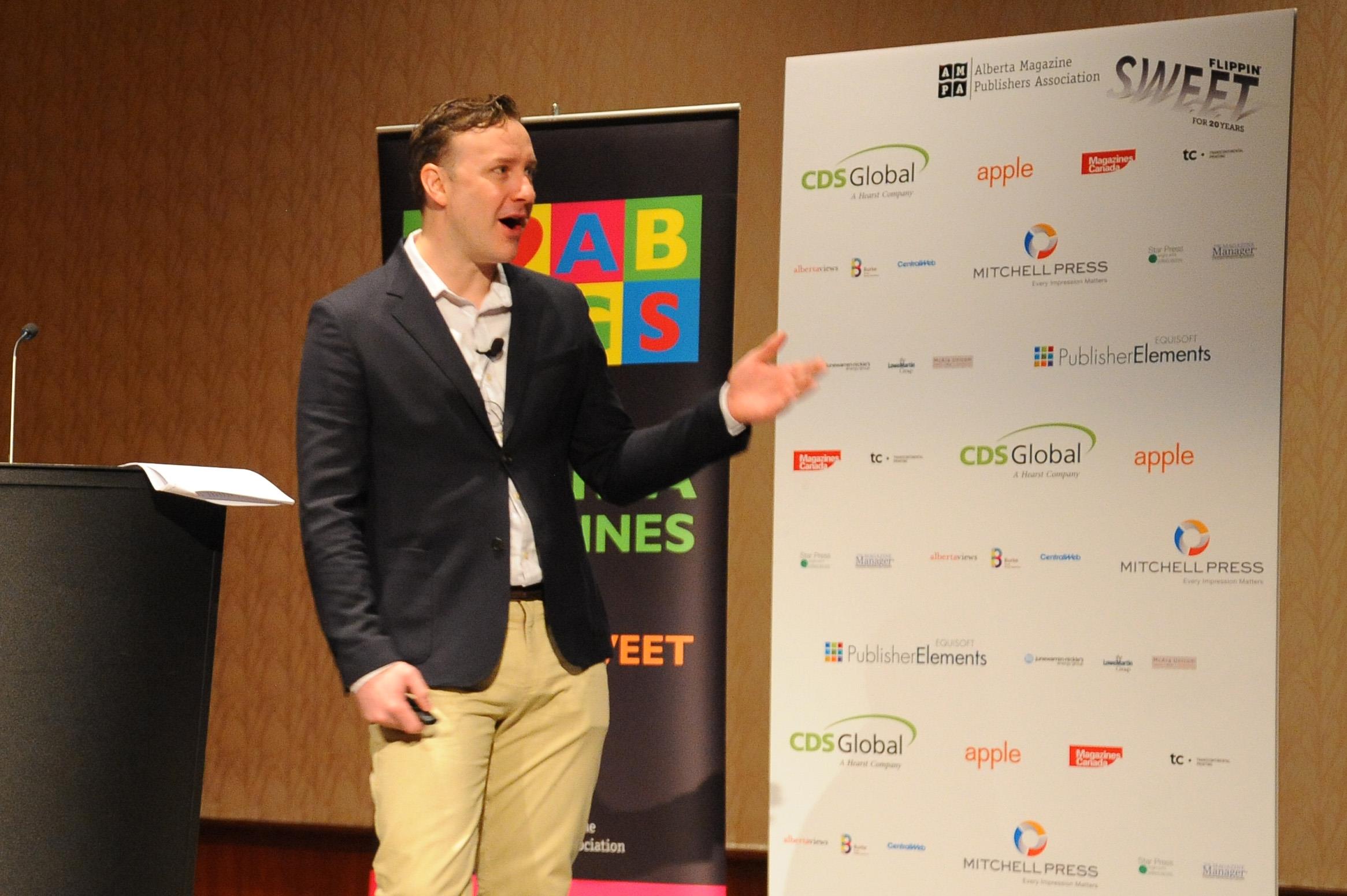 In July 2014, New Yorker launched its redesigned website, and unlocked its content for five months, “so that everyone, including non-subscribers, could get a full sense of The New Yorker.” While the content was unlocked, Slate made lists of content people should read and Buzzfeed made lists of content not to be missed. But in November 2014, The New Yorker announced the clamp down on the freebies with an easy-to-use metered paywall. Audiences still got six articles a month for free, but after that, they had to subscribe.

“Shortly after the relaunch last year, we went to six articles a month,” Keehn told a crowd of about 200 in Calgary. “If you go to The New Yorker and you’re an occasional visitor, that’s great. We’re happy to have the brand out there… once you hit six (visits) we thought this was a good baseline for who we want to convert into subscribers. That’s been going on for a year and a half now, and by reports, it’s working.”

The metered paywall has helped grow audience and subscriber numbers, NewYorker.com editor Nicholas Thompsontold NiemanLab in 2015. Subscriptions shot up 85 per cent over the previous year.

“The first two months were record-breaking for us, for traffic, even with the paywall in place,” Keehn said. “Subscriptions coming though the website were up 43 per cent from the past year, and our paid circulation was over a million, which is the highest its ever been.”

A metered paywall wasn’t anything new for The New Yorker, but its old model didn’t allow the publication to promote paywalled articles, Monica Ray, VP of consumer marketing at Conde Nast told NiemanLab.

Now, the New Yorker has expanded its digital footprint in a manner that adheres to the magazine’s core identity. “We’re moving slowly… but we’ve been able to use our print base to evolve digitally in our own way,” Keehn said.

The next step for the Condé Nast publication involves debates publishers around the world are talking about: multimedia. “We have a lot of the same debates we suspect a lot of people are, around the world,” Keehn said. “How do we expand our multimedia?”

“Everybody has heard that Facebook will elevate video in its newsfeeds,” Keehn said. “That’s an area we’re thinking a lot about.”

The New Yorker has had success with multimedia to date. Their podcasts have evolved into a radio show for NPRcalled The New Yorker Radio Hour. They’ve partnered with Amazon to do a television show called The New Yorker Presents with half-hour episodes featuring vignettes of stories, cartoons, investigations, short narratives, poetry and comedy.

All of these digital activities are fuelling the print and vice versa, Keehn said, and capturing a highly-sought after market at the same time. He told the crowd that when he hopped on the subway, he’d see Millennials reading hard copies of The New Yorker. “We know from traffic stats, they’re coming for our web-only content, but it seems as though we’ve been able to say we’re part of print culture and we want to keep it that way.”