The post-millennial generation, Gen Z, operate a little differently than those who came before. They came of age after the recession, fight hard to get jobs and are wary of brands. “Compared to any generation that has come before, they are less trusting of brands,” Emerson Spartz, CEO of Dose told Fast Company. “They have the strongest bullshit filter because they’ve grown up in an era where information was available at all times.”

Thus, brands that communicate with these two generations of consumers in a transparent, authentic way, tend to do better. If they don’t, Gen Z is ready to dissect and roast a brand’s campaign online in a heartbeat. Teens are looking for value from their media sources. They’re looking for information, for entertainment, for deep dives and how-tos (and, for many other reasons). “On average, millennials use three screens (and bounce between them intermittently,)” wrote Deep Patel for Forbes. “Gen Zers use five: smartphone, tv, laptop, desktop and tablet.”

So, how is a media company to engage with these younger generations?

Bleacher Report and The Economist offer content in bold ways on various platforms to engage younger generations, as they told the Digital Innovator’s Summit audience in Berlin. Bleacher Report relies on premium content that fills needs and is made for sharing, whereas The Economist has developed a deep dive mega-explainer format that does really well on Snapchat.

Bleacher Report is a digital sports destination founded in the United States in 2005. It focuses on millennials, sports and sport culture. “Bleacher Report identifies itself as a sports culture magazine,” explained Lee Walker, managing editor for football and international at Bleacher Report. “For reaching young men, there is no universal language that is culturally bigger than sports.”

The media company’s audience is millennials and Gen Z. Bleacher Report focuses on moments in games and moments in sports culture that are highly-shareable, igniting the power of sports culture to make moments matter. Bleacher Report produces content around games and moments that are instantly shareable amongst young people. It’s part of their conversation rather than something that passes them by, Walker said. 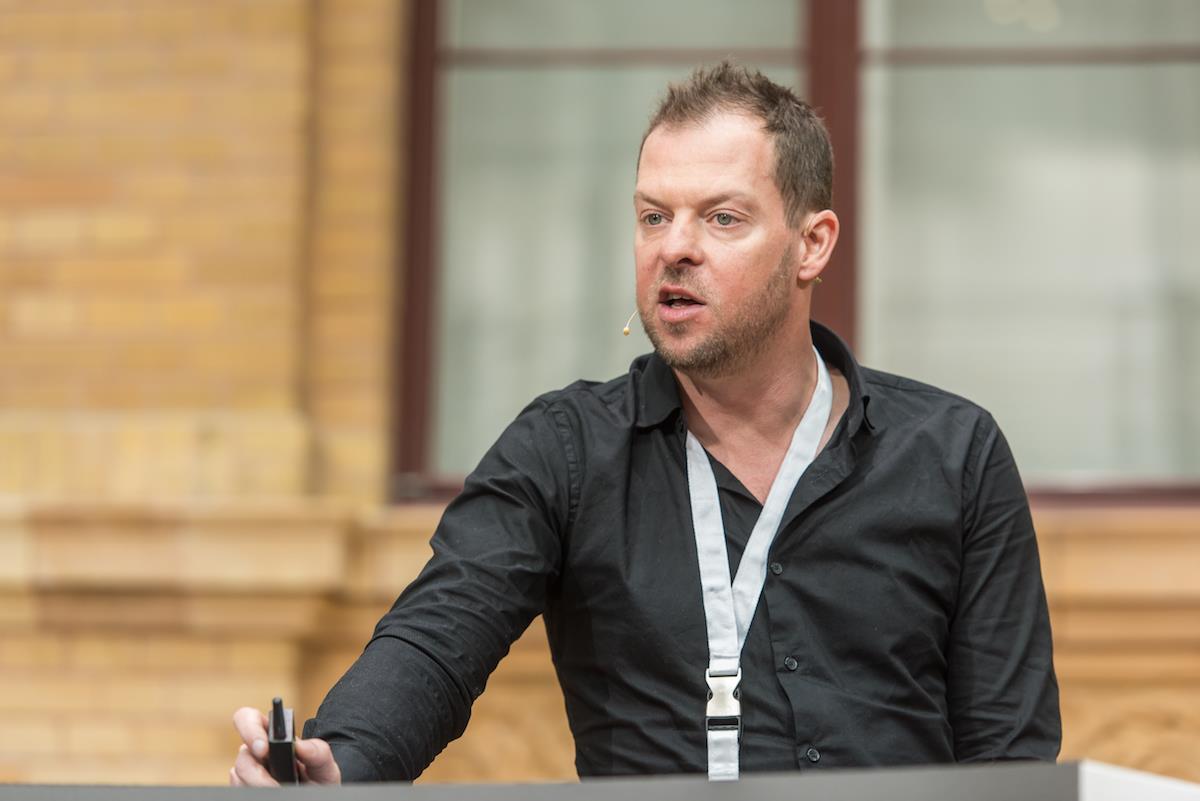 This has led to unrivaled engagement on social media. “This generation has grown up with unlimited sports,” Walker said. “For Bleacher Report, this is how we talk to young people. They crave a non-stop social connection that evokes emotion and confirms identity. We produce content around games and moments that are instantly shared and part of their culture.”

To do this, Walker outlined three strategies that work for Bleacher Report:

3) Be brash, do it differently.

Being creative is also key to retaining attention and being highly-shareable. “This is what we really try to look upon beyond just what’s going on the pitch.”

Key to all of this is Walker’s third point: being brash and doing things differently. Take, for example, Bleacher Report’s episodic, animated NBA-related series called Game of Zones.

“Game of Zones comes out every week during the NBA playoffs. It’s based loosely based on Game of Thrones but it’s very much MBA-related,” he explained. “We have another one in the NFL called Grid Iron Heights. It is full of Easter egg jokes. If you go to Instagram or Twitter or YouTube you see the comments (regarding these series) are huge waves of people waiting for the episode to come out and commenting on all the jokes that they see.”

For Bleacher Report, this is premium content. “It doesn’t need to be two hours long, it doesn’t need to be crazy expensive (although Game of Zones in particular is a lot of hard labour, it takes a long time to create), it’s not about winning awards, it’s about content that resonates with a social-first, young audience,” Walker said. People racing to be the first comment on Instagram is a premium experience for them.

Bleacher Report aims to create need content – ‘need’ content is the Game of Zones example where people were waiting to interact, Walker said – that’s how you get meaningful time. “Time deficit is something we’re trying to address how do you do that. Just create good content. That’s why we think premium content is a key. And be on all devices, all platforms, all of the time. We play where our audience is. This is a key for us.”

For The Economist, talking to teens is now part of the publication’s digital strategy. Lucy Rohr, Snapchat editor and deputy multi-media editor at The Economist, outlined some of the lessons they’d learned over the last 18 months about being on the platform. 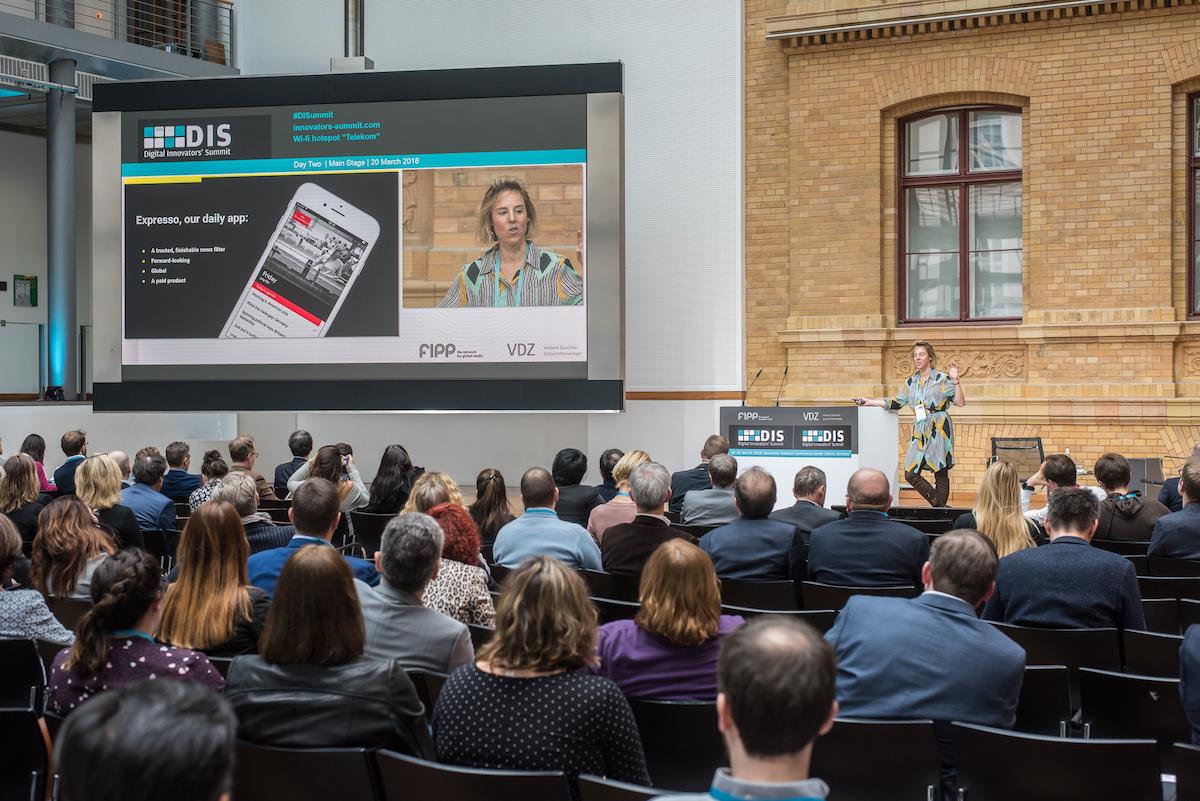 “A big existential question: how do we make ourselves relevant for younger audiences?” Rohr asked. “This is a question I’ve spent the past 18 months thinking about, a lot, in my role as Snapchat editor at The Economist. It kind of comes with the territory.”

The Economist is a 175-year-old weekly magazine that covers international news, politics, business and finance. It has a global circulation of 1.5 million, Rohr outlined. It expanded it’s coverage to include science and culture.

“As a publisher, we try and work out what bits of our voice translate best for new platforms and products,” Rohr said. “It’s really important for us to understand what our core values are.”

“The first thing to stress is having that core DNA embedded in everything we do is essential. If it is not there, we are not reflecting who we are,” Rohr said. “We also ask ourselves a couple of questions: first, will it enhance the value of the package? Can it introduce new subscribers? Or, ideally, can it do both?”

Snapchat, as a new platform for The Economist to expand upon, is a tool for reach. When the publication launched on Snapchat Discover, in October 2016, the audience was vast and young. (On the whole, it’s still pretty young today.)

The Economist is a weighty, big read, Rohr explained. “Since when are teenagers interested in credit default swaps?” she asked. It became a challenge for her to translate The Economist for Snapchat. What bits of The Economist’s editorial voice would work? To assume the publication needed to dumb down, or condense down to a point where it just didn’t make sense was erroneous. Rohr cautioned against underestimating the intellect of a younger audience and their discernment.

“Our bread and butter remains 14 to 17-year-olds on the platform,” she said. “It turns out, in this vast audience, there is a segment of it that is globally curious.”

The next challenge was to condense The Economist’s content for Discover, providing a comprehensive, complete and pithy journalism experience. “We decided early on we were best-served on the platform by doing deep dives into a single topic. Rather than trying to cover a wide variety of different stories, we thought lets make them these mega-explainers,” Rohr said. “Let’s provide this audience the toolkit, the vocabulary, the context they need to understand the rest of our journalism. Think of them as the ultimate cheat sheet.”

***Get stories like these every week directly in your inbix. Subscribe to our (free) FIPP world newsletter.***