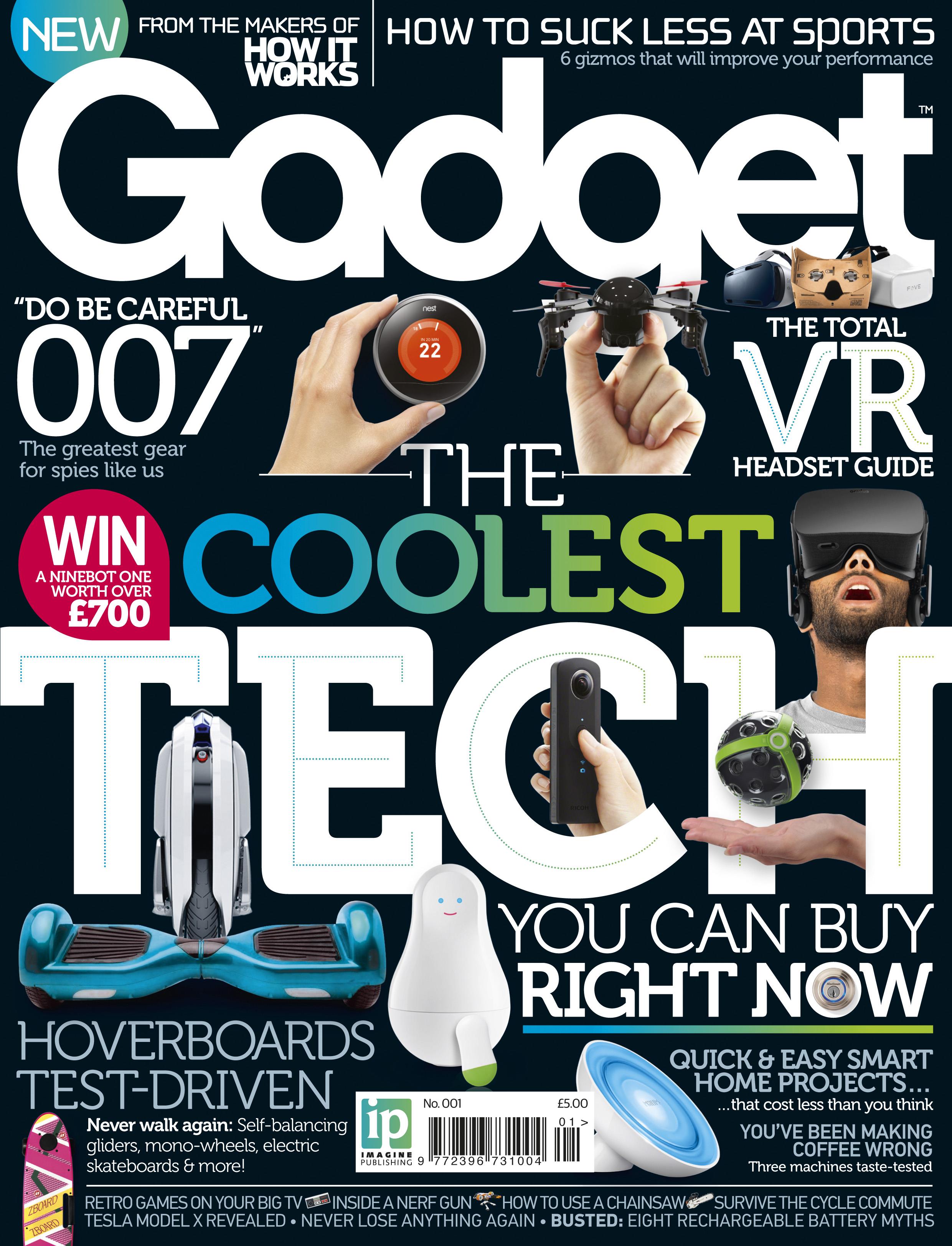 Gadget is a mass-market tech magazine for geeky parents and their children.

Gadget goes beyond simple product reviews and purchasing recommendations, providing a practical hands-on analysis of unusual and cutting-edge technologies, explaining how they work and how to use them.

The magazine follows the success of television programmes such as The Gadget Show and Gadget Man, and is the first gadget magazine title to be launched in 10 years. Moreover it is the only title in this field to specifically cater for gadget-crazy families. All the latest trends will be covered, including items such as drones, 3D printers, wearable tech, smart homes, fitness tech, personal mobility and virtual reality.

The first edition will feature the gadgets you need to become a real-life James Bond; show how smart technology is transforming the home; provide a lesson in flying drones and reveal how to unlock 1000s of hidden Netflix movies.

Aaron Asadi, Publishing Director of Gadget said, “Phones and tablets might grab the headlines but the smart revolution is making every corner of our lives way cooler. From hoverboards to drones, smart homes to virtual reality, it’s boom time for gadgets and we couldn’t be more excited – we’re a lot closer to Back To The Future II’s 2015 than people think!”

“But we didn’t think there was a magazine that reflected the smart world we’re living in, nothing that really celebrated the truly innovative tech people could buy right now and showed them how to use it. So we made Gadget and we know our audiences are going to love it.”

Priced at £5.00, Gadget will be on shelves on 22 October 2015 at high street magazine retailers such as WHSmith and all major supermarkets.

Imagine Publishing launches How It Works Illustrated in the UK