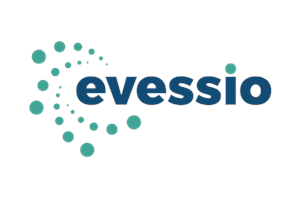 UK publisher Dennis has seen an increase in ticket sales since starting to use Evessio’s event management software.

Dennis run close to 65 events per year, each being an extension of their 36 magazine brands which cover the automotive, current affairs, lifestyle and technology sectors. Their events include the UK Cloud Awards and consumer events like Cyclist Track Days.

“Our previous event management system was very B2B focussed and we needed more capability on the B2C side, especially with things like ticketing,” said Emma Turner, head of events at Dennis. “The look and feel of our websites was also limited. We needed something that would give our sites the premium feeling that consumers expect from our brands.”

Key to Dennis when evaluating potential technology suppliers was the reporting capabilities offered as well as the usability for staff members, delegates and third party organisations.

“Evessio was actually recommended to us by another well know organisation and as soon as we started the due diligence process, Evessio stood out to us because our staff found both the front and back ends of the system very easy to use. We were also impressed by how flexible their support team is and how quickly they were able to build us a sample site for our Cyclist Track Days to support our internal pitch,” said Turner.

The deal was signed at the end of 2018 and implemented at the start of this year.

“We have been able to get more events on sale quicker than we did last year which gives us a longer lead time up to the event dates. The improved user journey contributed to increased ticket revenue year-on-year, in particular for our Cyclist Track Days.”

Turner added that the team is looking forward to using more of Evessio’s features, such as using its audience data capabilities to track customer preferences.

Thomas Howie, COO of Evessio, said Dennis joining their growing list of clients underlines the trend of publishers coming to regard events as an integral part of their business and their brands. “An event website’s back end and front end have to be as easy to use and must look as good as the websites on which they publish their editorial content. Evessio can deliver that.”

Evessio and Dennis are FIPP members.

How does an event industry expert select the technology for their own events?