Lucy Küng, author and research fellow at the Reuters Institute for the Study of Journalism, UK and Switzerland, spoke to many of the influential figures from the media brands in research which was published in her Innovators In Digital News book last year. 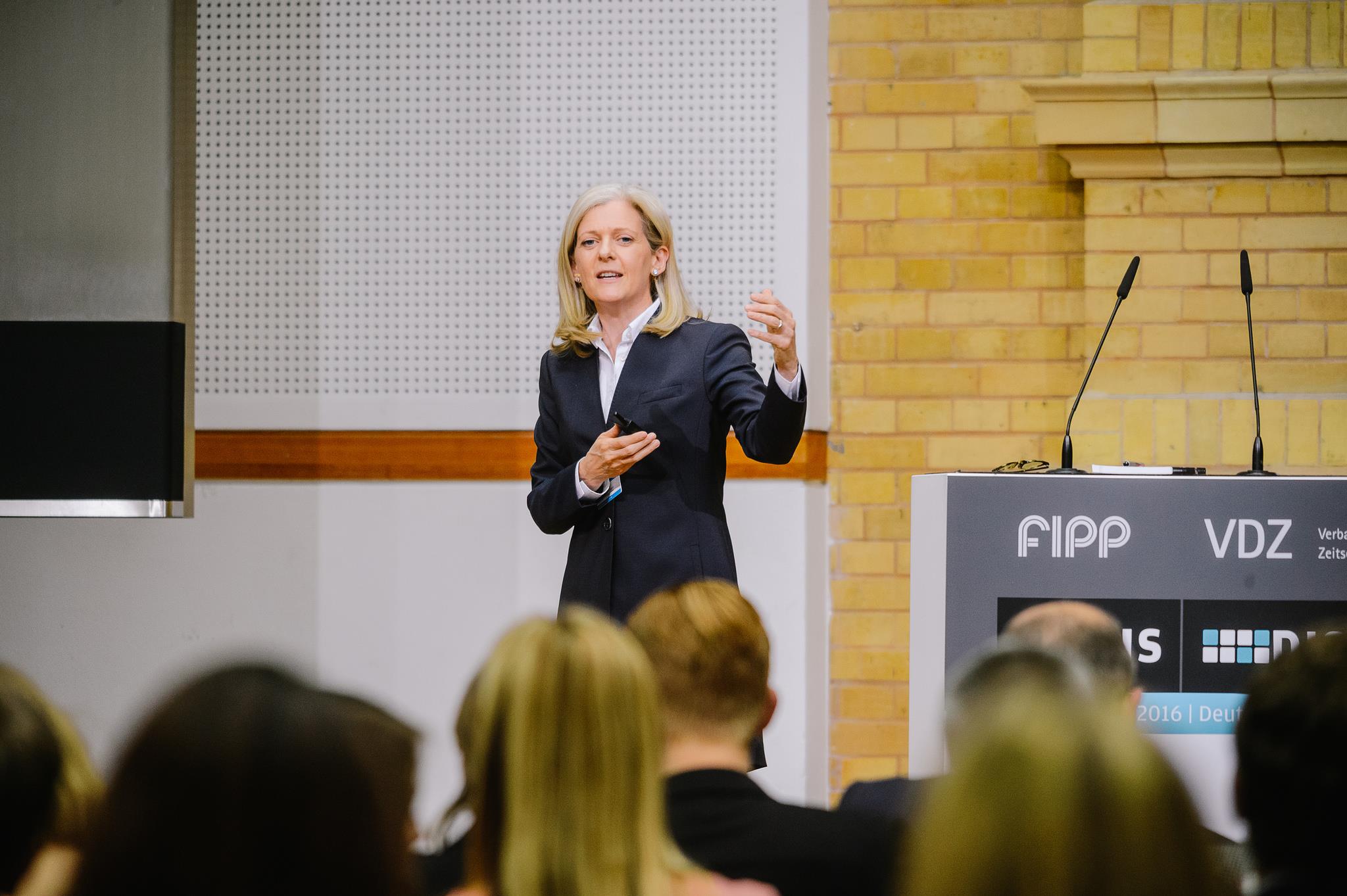 At today’s Digital Innovators’ Summit in Berlin, she expanded on what the most successful media brand leaders have in common.

“What I was trying to find out is why are some more legacy news organisations more successful than other ones,” explained Küng. She was then encouraged to add pure play channels like Buzzfeed and Vice Media and pivoted the book to become ‘why some digital news organisations are more influential than others?’

It was a tricky process admitted Küng. “Success is difficult to quantify in this market. However it became apparent that for the key players – NYT, Guardian, BuzzFeed Quartz and Vice Media, much of the success was down to the relationship of technology with journalists working in the news room.

So why are they so highly valued, asked Küng, and why are we talking about them as news organisations?

“BuzzFeed is essentially a tech company with algorithms and formulas for trying to decipher why we share some content,” explained Küng. It is ten years old and half of its editorial staff work in news. The founder Jonah Peretti is in many ways trying to correct elements of the HuffPo’s model (he worked at that organisation until 2006) which partially explains his passion for native advertising rather than display. The company has just received $200 million investment from NBC Universal – mainly to expand its video output.

Another important reason for the success of BuzzFeed, says Küng, was timing, luck was very important. “Peretti was fascinated by why people share content then tested his hypothesis. When social mobile media hit BuzzFeed was the only game in town for content on social media news.”

BuzzFeed has four core areas; distributed content, video (which is currently seeing huge growth), native advertising and native content and editorial. Lucy stressed though that BuzzFeed is not covering the whole panoply of news. “It focuses on silos – news with activist twist (not the EU for example) but climate change, LGBT issues, news that chimes with its targeted demographics. News adds huge gravitas to these brands.”

“Vice Media is much older than people think,” explained Küng. “It has been around since 1995, is a classic media organisation that connects with Generation Y audiences, and has 5X the funding of BuzzFeed. Nevertheless it has a small newsroom, much smaller than say NYT.”

Vice Media’s core is its digital video offering – what it calls bad boy video. (Lucy believes that Vice skews male, BuzzFeed skews female). It has 60 video channels on Vice.com, lots of terrestrial channels including joint documentary services it works on with HBO. Vice content may be aimed at millennials, but it is high quality all shot to work on multitude of platforms. Vice’s trademark is its immersive journalism – the video journalist is very much part of the story.

As Lucy notes Vice is also native ads only. “Generation Y is very cynical about ad messages,” says Küng. “The Vice model is proper media content that happens to be made by a brand partner.”

Intriguingly Vice is becoming a new media hybrid, moving back to classic broadcasting with deals with HBO, Sky and others. It has a unique editorial voice and it really innovative relationships with commercial partners.

“To my amazement there were some elements common  to these very diverse media organisations,” said Lucy. “They have clever leadership and singularity of purpose, know what the are trying to do, and have intuitive strategies which has worked credibly in complex markets. All saw where future lay and all had resounding credibility within the culture – which is a big deal in media organisations.”

“The integration of tech, commerce and content creation,  is the real story said Küng. “ Also a re-interpretation of what quality content looks like and how it is driven by data.”