Millennials are the generational demographic that comes directly after Baby Boomers in the modern consumer chart. While the exact date range of this demographic can be debated, a good guide is those born between the early 1980’s and the late 1990’s. This of course, leaves a huge demographic of young people growing up today that do not fall into the Millennial category, and in turn a huge opportunity for media owners to capture a new generation of audiences coming up behind them that have thus far been significantly less talked about in the industry press.

As Kelly Day, chief digital officer for AwesomenessTV tells us, “People refer to millennials as the ‘youth audience’. Well, millennials are in their thirties now!”

It’s an interesting evolution in modern media that is often overlooked: Facebook itself is 13yrs old now, and even Snapchat has this year been fully launched on the New York Stock Exchange (NYSE) and repackaged for a corporate audience as Snap Inc.

The new youth audience is known as Generation Z. This age-defined segment refers to those born from the end of the nineties onwards. Having grown-up in a time of recession and now beginning to enter the world of work at the most digitised and entrepreneurial point in our history, they represent a hugely lucrative group. This includes both for the here and now and in terms of winning hearts and minds for the future, as well as in the more traditional sense of appealing to the offspring of parents who hold the purse strings.

One such media owner currently extending an existing brand into a younger demographic segment is Dennis, who in 2015 introduced The Week Junior. At the recent PPA Festival in London, Kerin O’Connor explained how the new title originated:

“The kids version of the magazine came about because there were a lot of teenagers already reading The Week,” said Kerin O’Connor, chief executive, The Week at Dennis Publishing. “We got to wondering, if we could attract an even younger audience? The more we thought about that, the more it made sense, and we began to think seriously about how we could get people used to reading The Week at an early age and how to create a brand that would achieve this.”

While the temptation can be to think in terms of creating products for younger audiences placed purely in the digital and video spheres, O’Connor explains that these should not be the only considerations.

“We were told that kids only liked digital things and that it needed to be heavily video, so in other words everything that we were initially told indicated that a print title was a bad idea. We decided to really take our time and I think that was the most critical thing we did in this process. Even the logo was about two months of thinking. We began to blend insight with risk, trust out instincts, we went out and spoke to children about what they’d like to see directly. The while process was amazingly interesting and it was great fun to come up with ideas.”

“We had to make it safe, fun to read, and in a way almost part of their curriculum. Just doing something like creating a little mini newspaper would have been particularly dull. Curiosity is a reciprocal process. The more curious a child becomes the more you can then engage them. We focused on debates like should the school day start earlier? Everything was geared towards talking the curative curiosity that The Week has and bringing it to life”

***Subscribe to FIPP World to get our newsletter with stories such as these delivered to your inbox, weekly, for free, on Tuesdays. Sign up here***

Of course, the content published by a magazine aimed exclusively at children must be particularly carefully considered. The Week Junior takes its dual responsibilities of being mindful of its young audience, while providing them with an accurate window to the realities of the outside world, very seriously.

“Eventually we landed on the concept that we wanted: The Week Junior – making sense of the world. Launched in Nov 2015, we had an amazing cover we were going to write about. But then the Paris attacks happened and we realised we needed to switch things up to reflect this. We’d sold 3,000 subscriptions through The Week prior to launch and suddenly we had to report on this terrible massacre to children. And I think the magazine has successfully handled some of these themes over time. Since then we’ve become very colourful and moved around a lot in our pursuit of interesting focusses. Issue 2 for example placed Albert Einstein on the cover, we later featured Barack Obama – positive role models for children has emerged as a key content theme.” 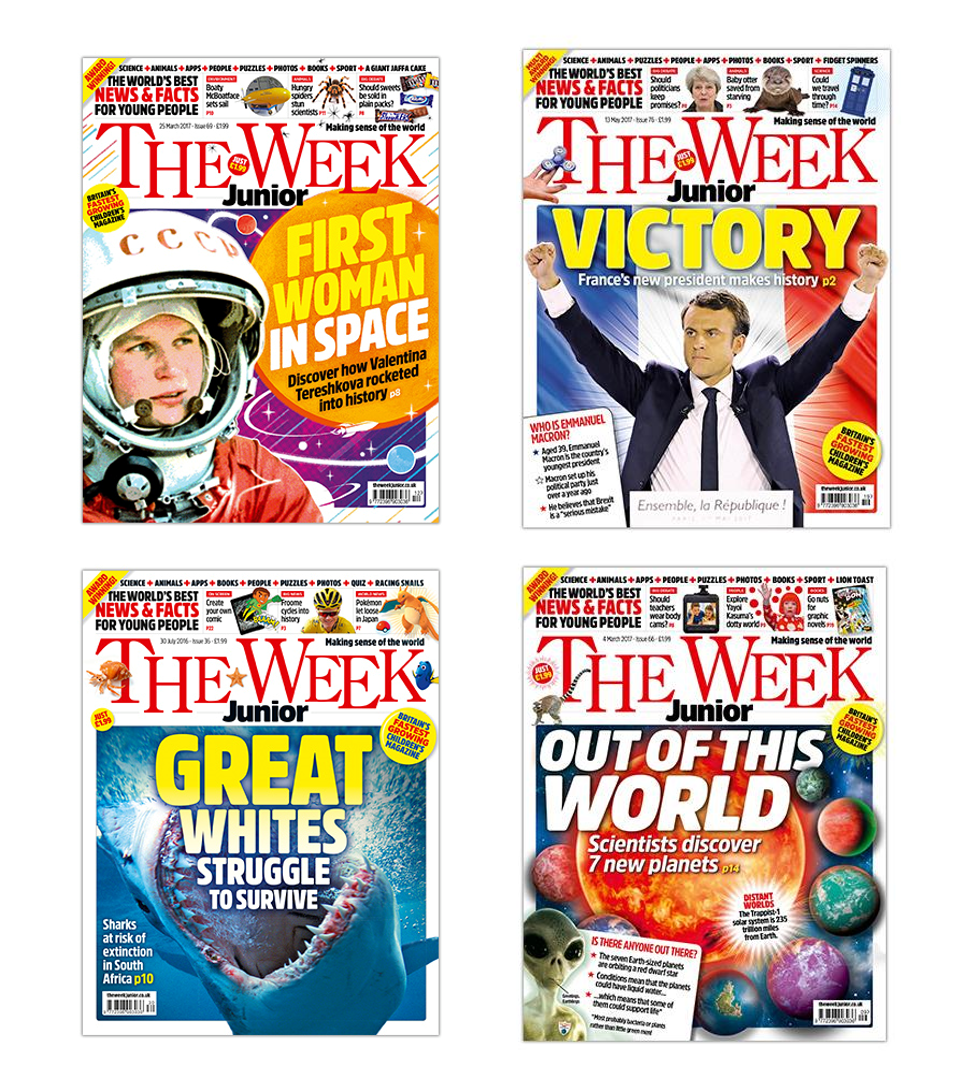 Commercially, the publication has been a huge success, leveraging the modern subscription model, which is something that we recently looked at in detail here on the FIPP website, to great effect.

“Commercially we have seen some significant results. We began to mess around a bit with social. Of course, you have to be very careful about the sorts of social platforms you use when communicating with children. So PopJam for example was a good one for us. That’s a moderated social network for people aged 12yrs and under. We’ve now got 49,000 followers on there. And social is also good for us interacting with parents: after the Westminster attacks we wrote some editorial on tips of how can you explain this to your children and we reached two million people. Parents are now coming to the brand to help them put the world and world events into context for children.”

“You’ll notice that a lot of our marketing features children quietly reading – the idea of spending £75 on a subscription to get a quiet child seems like a compelling offer! We even did a cinema ad because we knew parents and children would have to be trapped together in auditoriums. We don’t go out and do campaigns, we do quite simple, cheap things, monitor response and then if they’re successful go again. Thirty percent of subscriptions come to us organically, 33 percent from PPC, and interestingly 10 percent directly from social. Social is undoubtedly growing the fastest – we are beginning to sell subs directly on Instagram.”

“Overall, The Week Junior is the fastest growing subscriptions magazine we’ve ever had at Dennis. It’s growing 2.5 times faster than The Week, with a 92 percent renewal rate. Last Christmas, we sold nearly 5,000 subscriptions. That model means that we have fantastic cash flow and that the magazine is now profitable. And that’s before we’ve even begun to tap into educational publications for schools, books, and more videos.”

AwesomenessTV is also focussed on the ‘post-Millennial’ audience. Kelly Day, Chief Digital Officer for the publications, introduces us to the character of Generation Z:

“There are some interesting things about Gen Z,” says Day. “They have an incredible amount of spending power, so for such a young audience they actually have a lot of cash that they get through cash, work, they’re a very entrepreneurial generation. These are kids who, having lived through a recession, have found a way to be very kind of entrepreneurial and are building businesses – you hear stories about building your own business at age 9 or age 12 now. That’s what this generation really embodies. They’re also voracious media consumers and so we felt that the combination of them being such a great influential generation, great media consumers, and the fact that if you look across your television traditional media has pretty much abandoned this audience, it created a great lane for us to be able to come in and build a media brand around.” 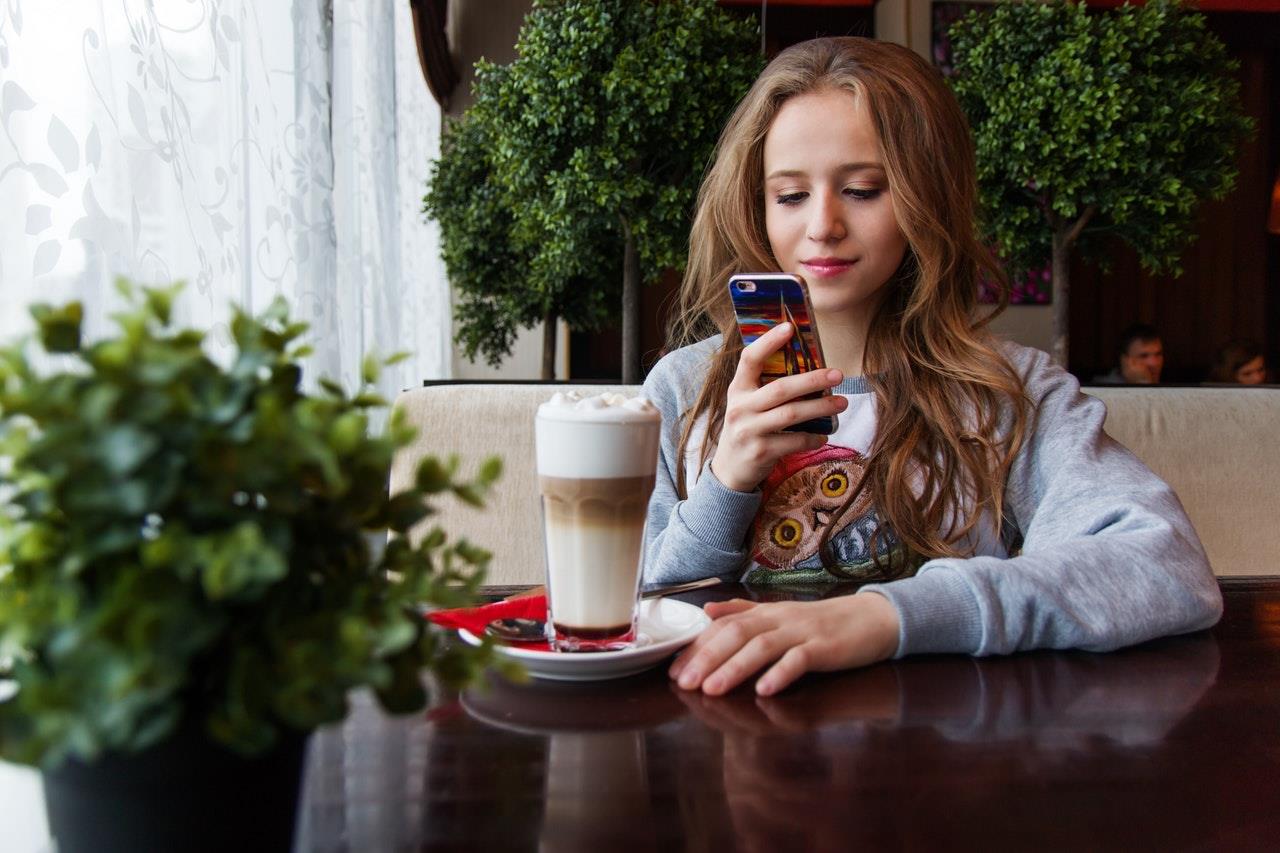 Just like The Week Junior, which has taken the traditional content model pioneered by The Week and applied it to a younger audience, AwesomenessTV admits that the creation process itself does not need to dramatically change. While the content methodology employed by AwesomenessTV is similar to the traditional model, the company’s approach to distribution and advertising platforms is much more flexible.

“The content production process is not unlike traditional film and television production. Obviously the same tools and stuff are required. Some of the differences are that we often cast from social media influencers and YouTube stars. So we find great up and coming talent and we put them into traditional roles. We put them into roles where they can develop themselves as actors and actresses in scripted storylines and things like that.”

“Then we distribute those stories through all kinds of different platforms. In some cases we tell stories as short as 10 seconds and those go on Snapchat, to longer programming, a scripted series on YouTube, all the way up to feature films that are distributed in theatres or direct to iTunes or across SVOD platforms like Netflix and Hulu. So really we’re kind of distribution agnostic. We tell the stories that we want to tell and we distribute them in places that makes sense.”

“It’s a question that we think about every day. Certainly in platforms like YouTube or Snapchat or Instagram, those are primarily ad-supported platforms. So in a lot of cases we’ll have sponsors or advertisers that will come in and perhaps have product placement in a show, or sponsor a show, all the way up to our movies which have very traditional distribution: they’re in theatres, they’re on iTunes, they’re in the SVOD environment. And so those are monetised through more traditional content licensing and distribution deals.”

When asked whether publishers could be doing more to engage the post-Millenial audience, Day highlights just how focussed the industry has become on a specific – and increasingly no longer youth representative – demographic.

“I think they get around to it. I think they realise that you can’t ignore the entire youth audience. And if you do, it’s certainly at your peril. But, I think there is a lot of confusion into how to speak to them. Even things like people refer to Millennials as the ‘youth audience’. Well, Millennials are in their thirties now! Millennials are not really the youth audience anymore. And so part of what we’ve strived to do is to really become the expert on the young audience and to help educate people as to why this audience is important, how they’re different from millennials, and what are the ways they can approach them.”

It is perhaps indicative in some respects of how difficult the traditional industry has found it to keep up with the pace of technological change in recent years, that the young audience it originally sought is no longer the youngest. But as outlets like The Week Junior and AwesomenessTV show, there are now also some extremely lucrative opportunities for engaging even younger audiences abound.

Chart of the week: Millennials are the most prolific digital assistant users