It’s a nasty statistic that should give pause for thought – especially considering titles that bit the dust include local editions of international titles Rolling Stone, Oprah Magazine and FHM, all launched a few years back with much fanfare and high hopes.

This is the result of a thinning-out of the herd after the rash of new titles that blossomed before tough times and new realities hit the magazine market. But the closures do sound a clear warning that publishers need to seek new revenue streams and invest in innovation and platforms to accommodate changing consumer reading habits. By doing this it will help to future proof their publications by capitalising on digital tsunami engulfing traditional media worldwide, rather than be engulfed by it.

And if online is the way of the future, this future is increasingly taking on a mobile mantle.

Publishers should be looking ahead to the challenge of how to make magazines work on mobile devices, which has “disruptive” potential, says PricewaterhouseCoopers (PwC) in its newly-released look-into-the-future annual  Entertainment and Media Outlook report spanning 2015 to 2019.

The influential report, which looks at 11 entertainment and media segments in South Africa, Nigeria and Kenya, found that while digital is fuelling growth, the good news (for now anyway) is that print is still holding its own.

It says publishers should take heed of the growth in smartphones in Africa and the new revenue potential that this will bring on stream. 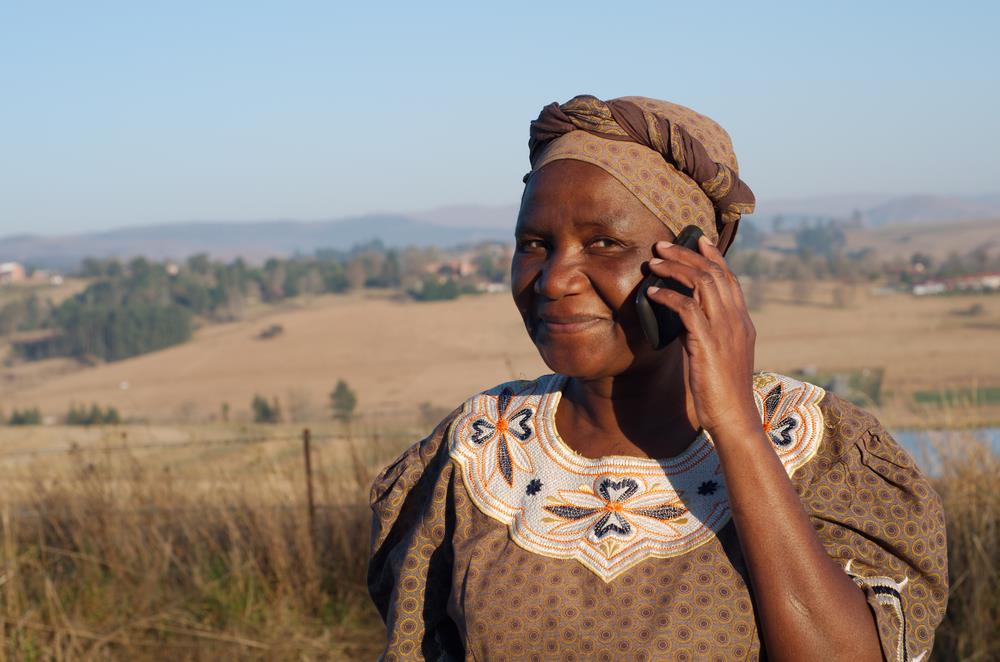 In South Africa, for example, PwC says that while only five per cent of the population had tablets in 2014, smartphone penetration was 31 per cent,

Targeting feature and smartphones will allow magazine publishers to reach as many consumers as possible, the report says.

Currently 97 per cent of total magazine revenue in South Africa is derived from advertising in print magazines – and PwC believes the appeal of print to consumers is “enduring”.  It nevertheless predicts a five percentage point decline to 92 per cent in revenues by 2019.

it has become clear that consumers no longer see a “significant divide between digital and traditional media,” says Vicki Myburgh, PwC’s Entertainment and Media leader.

“What they want is more flexibility, freedom and convenience in when, where and how they interact with their preferred content,” she says. “Consumers are choosing offerings that combine an outstanding and personalised user experience with an intuitive interface and easy access. This includes shared physical experiences like cinema and live concerts, which appear re-energised by digital and social media.”

The report says while average circulation for daily newspapers has fluctuated, annualised circulation is “increasing marginally and is forecast to hit an average of 2.7m daily print copies during 2015, PwC forecasts this will increase at a 0.9 per cent compound annual growth rate (CAGR) to reach 2.8m daily print copies by 2019.

PwC believes that South Africa is reaching a “significant tipping point” due to the “strong performance” of digital media. Total digital share of entertainment and media spending was an already strong 33 per cent in 2014, but this will rise to 49.6 per cent in 2019, “meaning that digital revenues could account for the majority of overall E&M revenues as early as 2020”, the report predicts.

Nigeria’s entertainment and media market, which is currently worth around $4bn, is expected to double to US$8.1bn by 2019, with the internet driving this growth, says PwC.

Interestingly, Nigerian newspapers are facing increased competition from online aggregators like naij.com and blogs such as Lindaikeji, which also provide news.

“With fixed broadband penetration at just 6.6 per cent in 2014 and a large preference for print, however, print will continue to be the dominant format in Nigeria,” PwC says.

But advertisers are more wary than in South Africa due to the fact that Nigeria doesn’t have an official circulation auditor. Nevertheless, in order to reach the emerging middle class, advertisers are using magazines.

Like in South Africa, PwC believes that mobile will increasingly play a role and forecasts that by 2019 mobile internet penetration will “rocket” from the current seven per cent to 31 per cent, with 63.8m Nigerians having mobile internet access.

What this means is that the internet will strongly influence media consumption and changing demographics and “should gradually shift newspaper readers from the print to the digital platform and increase digital newspaper circulation in the country”.

But the East African country has a completely different outlook to Nigeria and South Africa, says PwC. The internet will be the largest industry growth driver in terms of absolute growth, followed by television and radio.

In 2010, total internet revenue comprised 13 per cent of the market. By 2019, this share will rise to 42 per cent “representing US$1.4bn, as mobile access in particular becomes more widespread among the growing middle class”.

Nevertheless, print media is still looking healthy in Kenya, with newspaper revenues growing by 5.6 per cent in 2014 to reach US$186m.

This, says PwC, is due to a high-performing economy and a growing middle class”, both of which will drive demand for newspaper circulation and stimulate growth in advertising revenue. By 2019, Kenya’s newspaper market will be worth US$224m, PwC says.

“Growing middle classes will help drive consumer magazine revenue as the emerging consumer classes look to lifestyle magazines for advice on a variety of topics, including health, interior decoration, beauty and fashion,” PwC said, but warned that distribution is a problem that inhibits the growth of print revenues.

How technology opens up media measurement in Africa

Ringier exec: Why you should be thinking about Africa

PwC predicts South African entertainment and media industry to grow 9.4 per cent by 2019